The stage is set for a generous supply of showers and storms, especially in the afternoon & evening hours, but even at night, too.  The culprits – a stalled front in central Alabama, and a northward moving “sea breeze front”, which will provide the focus for scattered to numerous storms, through the weekend.  Even though the probability is high, not every town will be affected.  Watch out for dangerous cloud to ground lightning. 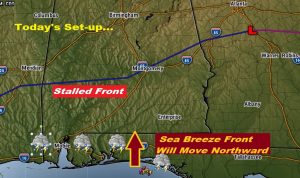 TODAY:   Much of morning will be storm-free, but random showers and storms will “fire up” in the afternoon heat, and become quite numerous.  High today 91.  Even tonight, storms may persist, in this kind of pattern.

FUTURE RADAR: I picked three future radar snapshots, from 1, 4 and 10PM.  Storms get going, at random early.  Later in the afternoon and early evening, the northward moving sea breeze front will play a more active role in storm development, and the threat will continue well into the night time hours. 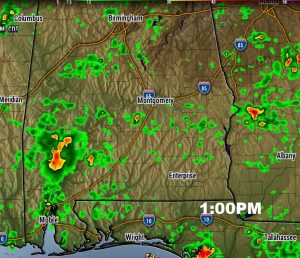 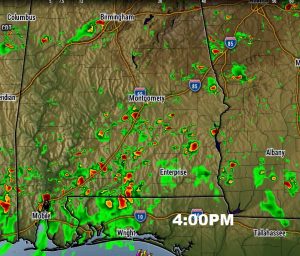 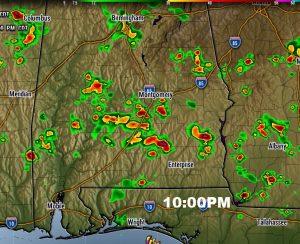 NEXT FEW DAYS:  Rain chances will vary, up and down, over the next 5 days.  In general, though, the rain chances will continue higher than the typical summer 30% risk.  Highest rain chance will be today, Sunday and Tuesday. 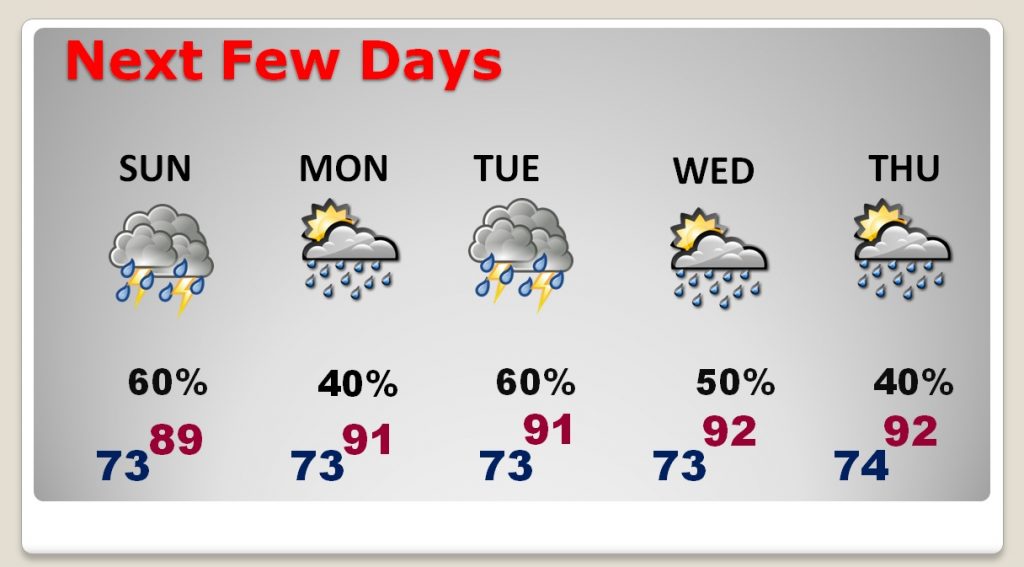 BEACH FORECAST:  Although the rain chances are higher than normal, you can still go down and have a great weekend.  Just be flexible and be ready for an occasional storm.  A low rip current risk forecast today and tomorrow.  Gulf water remains at a warm 84 degrees. 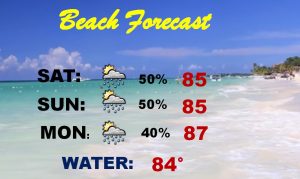 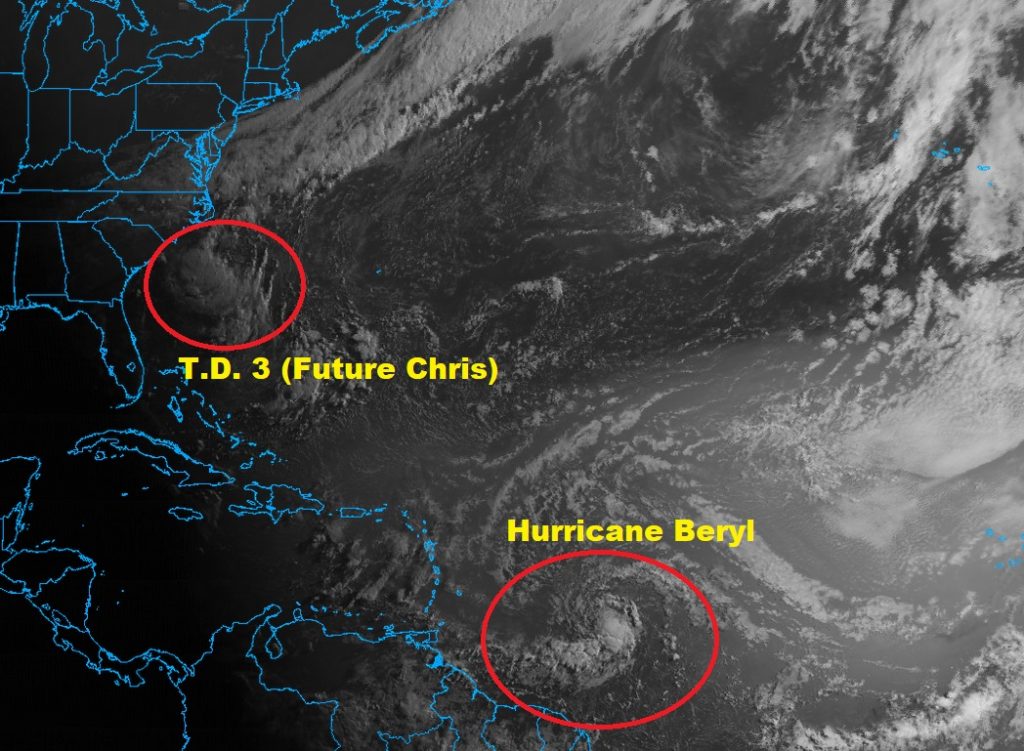 Tiny Beryl is a minimal hurricane with winds 75 mph, in the tropical Atlantic, well east of the Island.  It will weaken in 2-4 days in a hostile Caribbean environment. 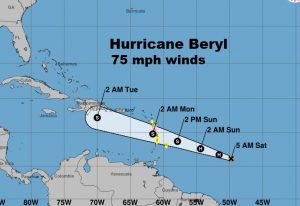 TD 3 will likely become Chris later today, staying off the US Coast.  It is forecast to become a minimal hurricane, before being picked up by a trough, which will carry storm quickly NE into the open Atlantic. 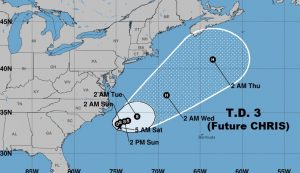 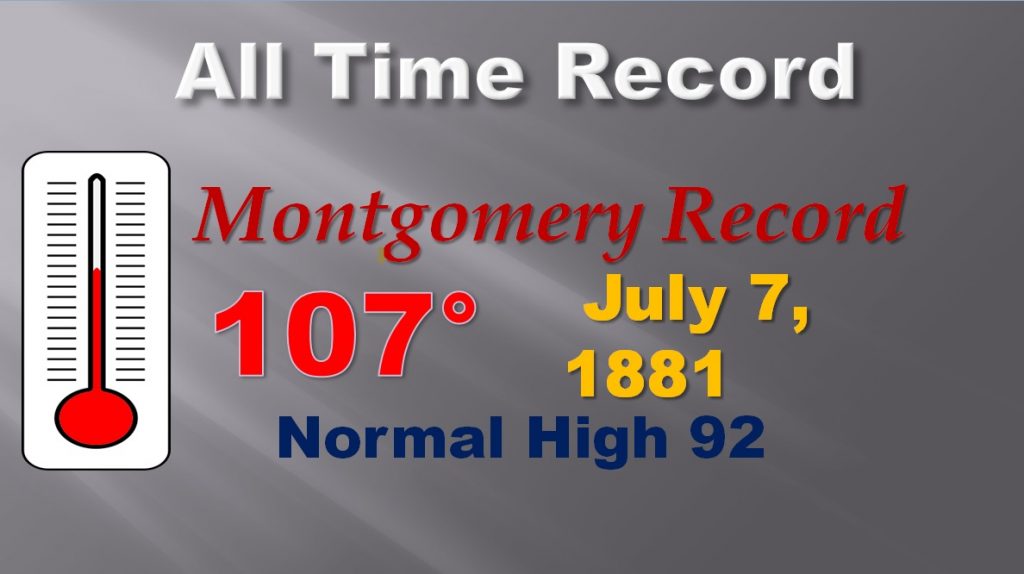 Have a great weekend!  I’ll have another blog update early Sunday morning. The next complete video will be Monday morning by 4:45AM