Are you ready for a hot Sunday?  Looks like today and Wednesday will be the hottest of the next 6 days, with not many storms.  It’ll be another week of “up and down” rain chances as disturbances brush by the state.  No major storm systems to worry about this week, and the tropics remain quiet.   More good meteor shower weather expected late tonight, in case you missed them last night. (more below)

TODAY:   Fog will be dense in spots this morning, But, the sun will burn the fog off before 9.  Sunshine will be in abundant supply, mixed in with a few clouds.  Rain chances will be rather small again…only about 20%.  High in the mid 90’s but the Heat Index will be near 100.  Stay hydrated.  Low tonight 74.

Central Alabama is one of the hottest spots on this map today. 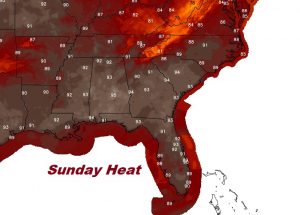 NEXT FEW DAYS: Rain chances get a little better tomorrow as a disturbance brushes by the area.  The days with the lowest rain chance and hottest temperatures will be today & Wednesday.  Rain chances improve again later in the week, as high as 50% by Friday. 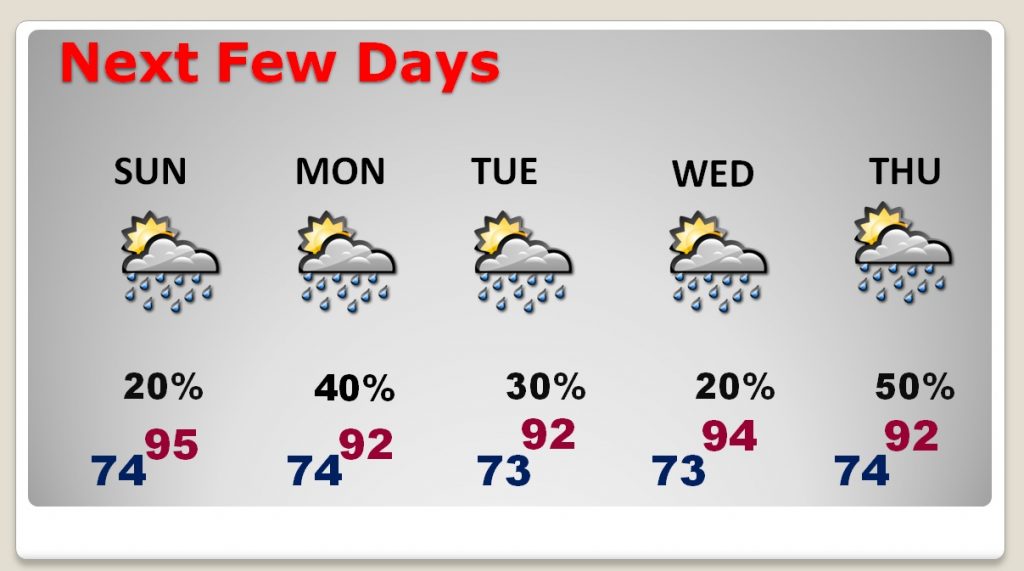 TROPICS ARE QUIET:  Although the National Hurricane center has two “x”s on the map, way out in the Atlantic, the tropics are about as quiet as you ever see it in August.  But, remember the example of 1992.  It was a quiet year.  In fact it was August before we had the first named storm.  That storm was Hurricane Andrew.  That’s the point.  Even in a quiet year, it only takes one storm to make it a bad season.  We continue to watch. 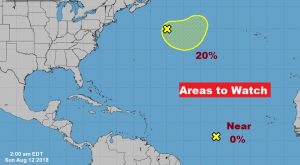 PERCEID METEOR SHOWER AGAIN TONIGHT:  Tonight will be the final night of the Perceid Meteor shower “peak”.  The Perceid is one of the best meteor showers of the year.

The best viewing is after Midnight, far away from city lights. You could see as many as 40-50 per hour. They will be just anywhere in the sky, but they will seem to come generally from the northeast sky. 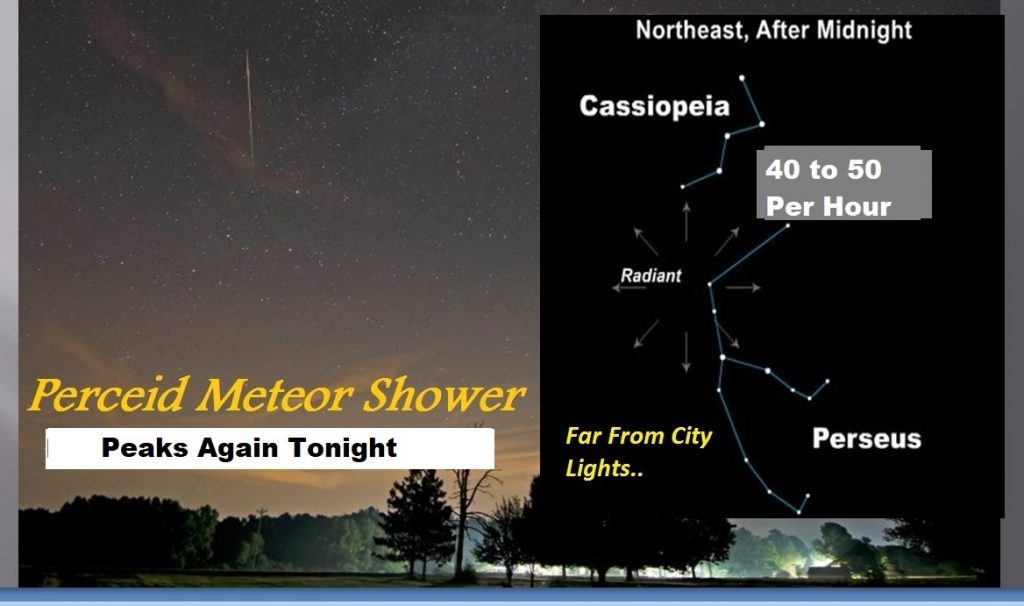 Have a great Sunday!  I’ll have a complete video will be Monday morning by 4:45AM, as we dissect the week ahead.