After a couple of active storm days, the atmosphere calms down, just in time for the weekend.  Storms will be few and far between, and there will be a good bit of sunshine.  Hopefully, we will see very favorable viewing conditions for the big Double Feature in the sky tonight, including a Space Station Flyover and a Meteor Shower.   Read on.

TODAY:   Considerable clouds early, will give way to a fair amount of sun later.  Any storms that do get going today will be few and far between.  Rain coverage will be maybe 20% in the central counties, to 30% across the southern strip of counties.  High today lower 90’s, which is exactly normal.  Low tonight in the low to mid 70’s.

NEXT FEW DAYS:  Small rain chances are in the cards through the weekend.  An upper level disturbance, may pike the rain chances a little bit.  But, a typical 30% chance will return Tuesday and Wednesday.  Highs will be in the low to mid 90’s. 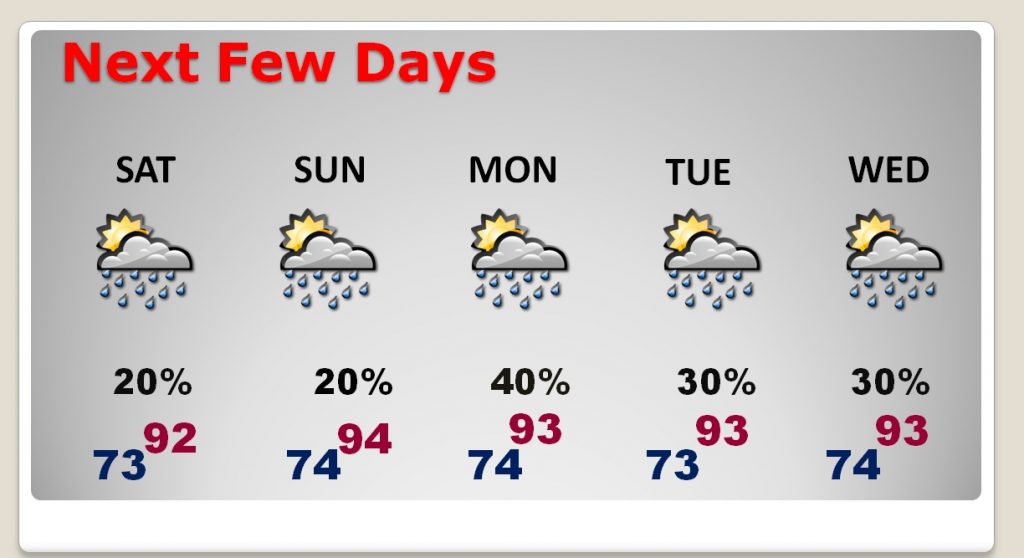 BEACH FORECAST:  It’s a pretty routine forecast with scattered hit or miss storms around, but most of the time it’ll be dry.  Highs mostly in the upper 80’s  Moderate rip current risk through the weekend.  Gulf water temp. still in the mid 80’s. 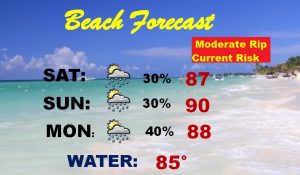 DOUBLE FEATURE IN THE HEAVENS TONIGHT:  What a feast!  Viewing conditions are likely to be rather favorable for viewing a particularly spectacular Space Station flyover tonight, followed by the first of two nights when the Perceid Meteor shower will peak.  Skies will be partly cloudy this evening, and mostly clear late tonight.

ISS FLYOVER:  A truly excellent Space Station flyover tonight.  It will be very bright.   Look in the northwest sky at 8:03PM.  It will pass practically overhead, and exit the southeast sky at 8:06 pm.   It disappoints, and it’s always exciting.  The ISS passed overhead, 250+ miles above us, traveling at 17,500 mph, with 6 human astronauts aboard.  It’ll make you smile. 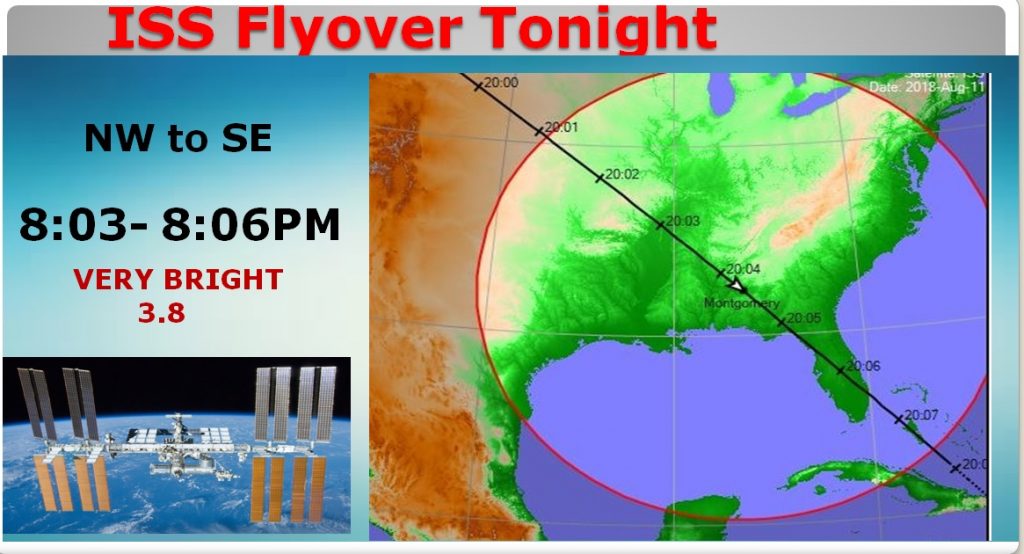 PERCEID METEOR SHOWER:  One of the BEST meteor showers of the year, the Perceid Meteor Shower will peak Saturday & Sunday night.  The best viewing is after Midnight, far away from city lights.  You could see as many as 40-50 per hour.  They will be just anywhere in the sky,  but they will seem to come generally from the northeast sky. A New Moon will aid in the viewing of the meteors.  Enjoy!  Should be worth your time. 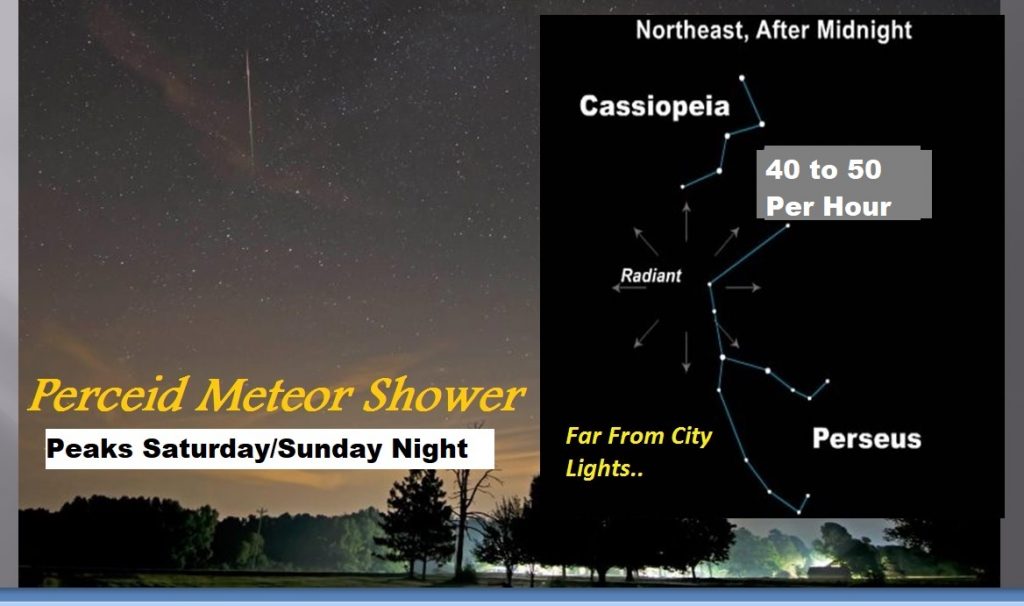 Have a nice weekend!  I’m planning another Blog update first thing Sunday morning.  The next complete video will be Monday morning.  Enjoy the free show in the sky tonight.