TODAY:   Once again today, your chance of rain today depends on where you live.  Again, rain chances vary from 70% near Mobile and Alabama coast to only 20-30% for many of us.  Rain chances are just a but higher in the Wiregrass counties.  High today 90-92.  Low tonight 72. Easterly winds 5-10. 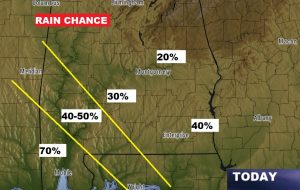 NEXT FEW DAYS:  The forecast, as you might expect, is highly dependent on the future tropical development in the Gulf of Mexico.  So, for now, I will broad-brush the forecast.  I’ll take the rain chances up at notch on Labor Day, and then up another notch of Tuesday, when the tropical system will be closer.  Keep in mind the forecast will be adjusted as we get closer to this event.  Wednesday through the end of the week, a routine summer forecast returns. 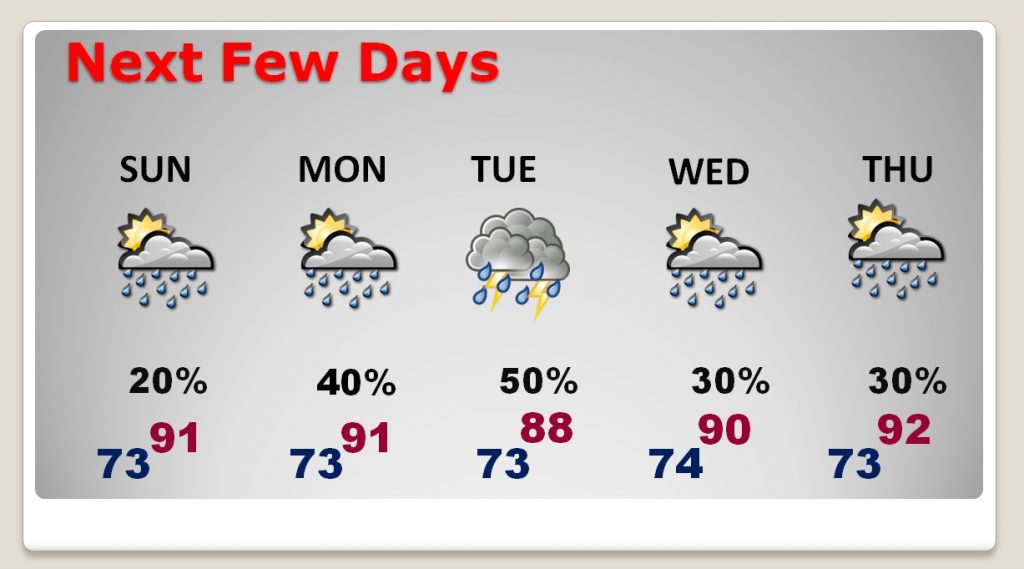 BEACH FORECAST:  High rip current risk continues.  Showers and storms will be rather numerous again today and Labor Day. Rain chances will be much higher by Monday, as the potential Gulf Tropical system influence the Beaches with heavy rainfall, and gusty easterly winds of 20-30 mph gusting 30+ mph.  Stay weather aware.

Invest 91- L now with a high 90% chance of development: NHC: “Tropical wave near the central Bahamas is gradually becoming better organized and a tropical depression is likely to form during the next day or 2 as it moves WNW across the FL Keys and into the Gulf .. This level allows special model runs and other satellite floater resources. 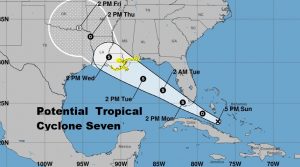 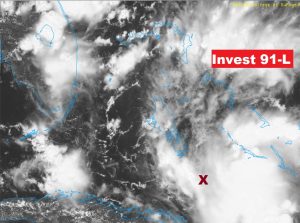 THE MODELS:  The Euro model (ECMWF) is not only more bullish than the American GFS, it is the most consistent.  It shows the system becoming at least a depression over the north central Gulf, perhaps Monday night or early Tuesday, as it moves northwest toward the northern Gulf coast.  Here’s the positions on the Euro Tuesday morning and Tuesday night. 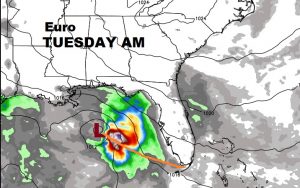 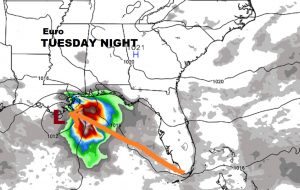 The Euro even gives this system a decent chance of reaching tropical storm intensity (40 mph winds).  The next available name on the list is Gordon. 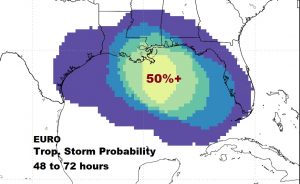 The Canadian model is just a bit further south with the potential track, taking this system to the Louisiana coast on Wednesday morning.  The possible affects on Alabama weather, obviously, are highly dependent on 1) does the system develop, 2) how strong will it be, 3) what track will it take.  Stay tuned.

ELSEWHERE IN THR TROPICS:  Tropical Storm Florence is a little stronger this morning, way out in the tropical Atlantic.  Will Florence be picked up by a trough and curve into the central Atlantic?  That depends.  A stronger Florence is likely to be “picked up”   A weaker Florence would take a more westerly course.  The jury is still out on Florence. 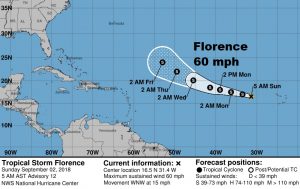 Due to the uncertainties on the potential Gulf Tropical system, I am planning a special video sometime early tomorrow morning, even though it’s a holiday, with the latest developments and how it could possibly impact the state of Alabama.  Have a great Sunday!   I’ll see you in the morning.