Gordon is inland over south Mississippi, moving more slowly now, off to the northwest.  Gordon will have a lingering affect on Alabama’s weather today.  Parts of the state could even see some spin-up tornadoes.  I’ll tell you what we can expect, and we’ll ahead to the end of the week and through the weekend.  The tropics are starting to get busier, as we reach the statistical peak of the season.  I’ll show you three more systems we are watching, on your Wednesday morning personal weather briefing.

At 4AM the center of Tropical Storm Gordon was not far from Hattiesburg, with 40 mph winds, moving NW at 14.  Look at the cone.  This system could still be a post tropical depression near Chicago by Sunday. 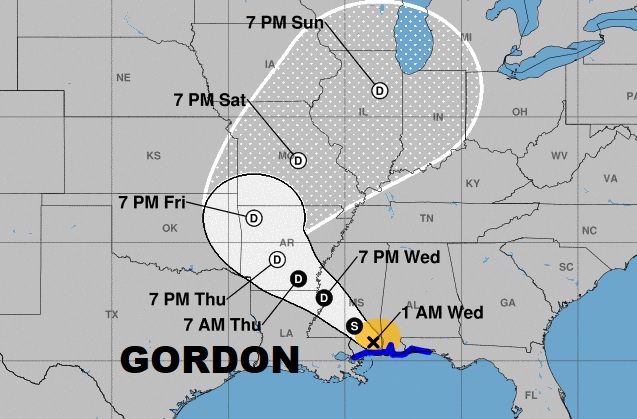 There is a threat for some spin up tornadoes through much of west and SW Alabama today.  This is par for the course on the east side of the track of a tropical system. 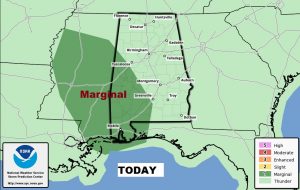 Prolific rainfall amounts will continue along and close to the future track of Gordon, with even a significant future flooding threat in Arkansas. 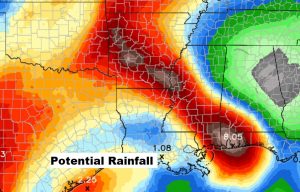 Our storms will thin out in number to more of routine summer forecast Thursday through Saturday.  Storms will increase in number again Sunday and Monday. 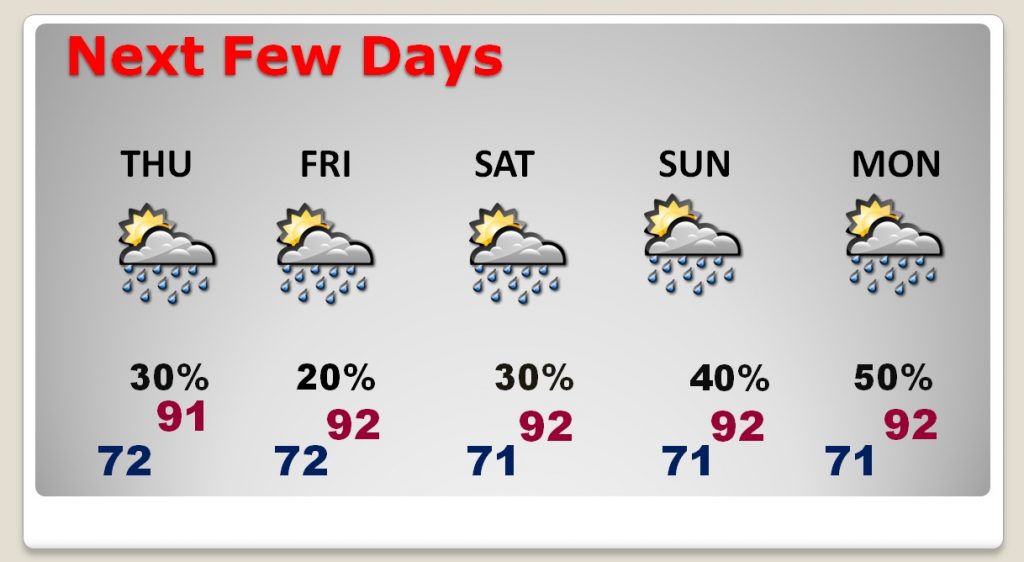 Tropics are getting busy.  We are tracking Hurricane Florence.  Invest 92-L could become the future Helene.  And, there’s another system which just came off Africa. 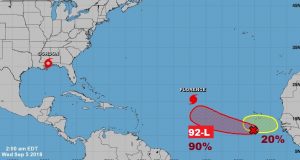 Still a question mark on Florence’s future.  Will it turn out to sea or will it, as some models indicate, turn west toward the United States. 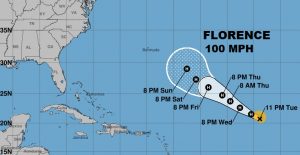 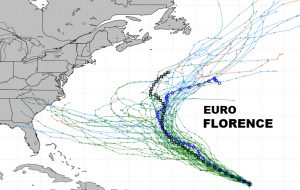 The GFS show Florence off the US east coast in the middle of next week.  Stay tuned. 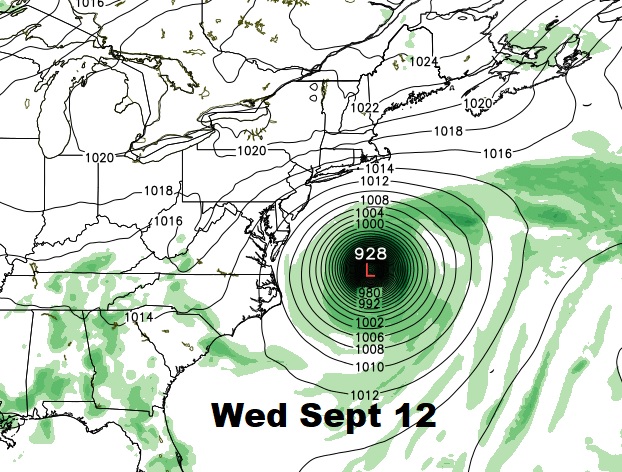