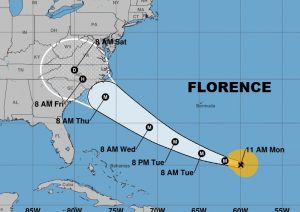 Hurricane Florence from the Space Station (ISS) this morning. 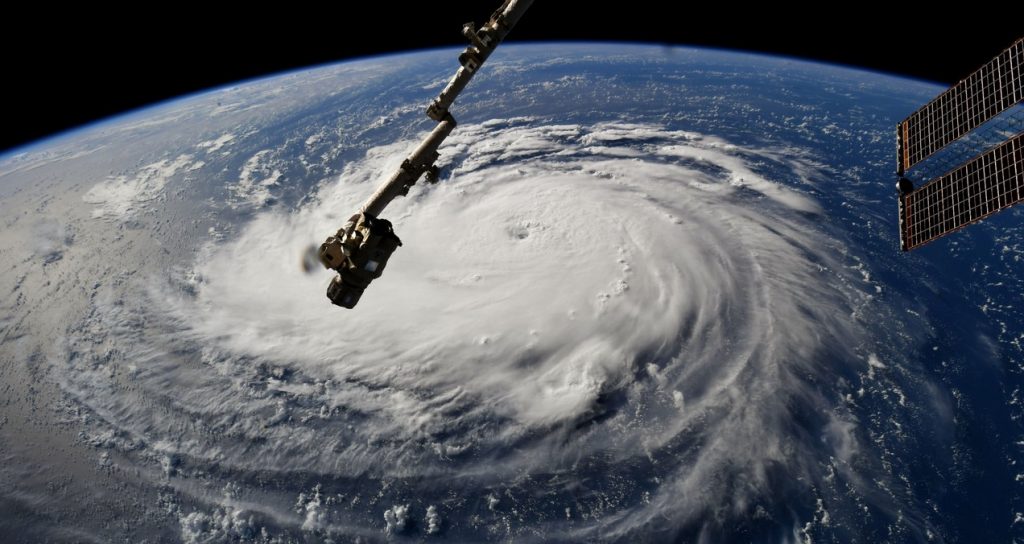 Good Morning! Our weather is about to get more active, as frontal system moves toward central Alabama and stalls.  I’ll show you a very active future radar.  The threat to the US coastline grows as Florence rapidly intensifies and moves toward the Carolina coast.  Florence will likely be an extremely dangerous storm at landfall, potentially catastrophic.  I have the latest from NHC.  And, the rest of the tropics are very busy.  We need to be watchful. There’s a lot of important things to talk about on your Monday morning personal weather briefing.

For us, a frontal system approaches and then stalls in central Alabama.  Waves of low pressure move alonmg the front keeping better than normal rain chances here through mid week. 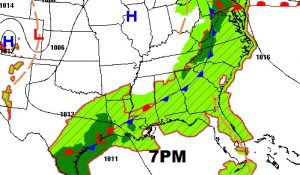 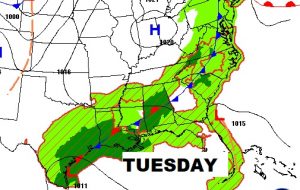 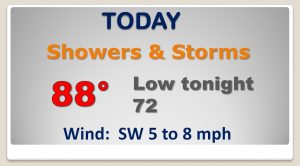 By late week and into the weekend our rain chances will fall dramatically.  That’s an indirect effect from Florence, because of the sinking air on the outskirts of the storm. 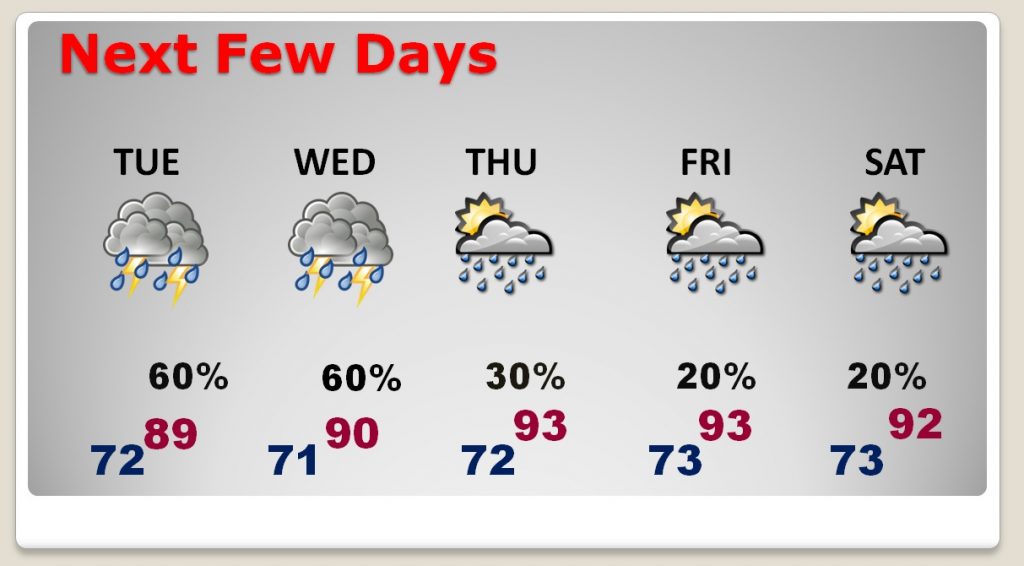 Three hurricanes are lined up in the Atlantic, not to mention an area to watch headed for the Gulf from the West Caribbean. 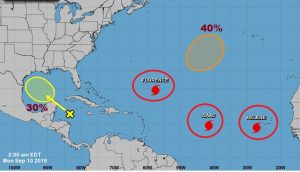 Florence is undergoing rapid intensification now.  It will become a major hurricane later today and it will approach the Carolina coast Thursday as an Extremely Dangerous Category 4 Hurricane.   Historic. 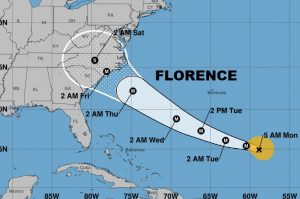 Frightening snapshot of the Euro model Thursday night with potentially catastrophic Florence near the Carolina coast. 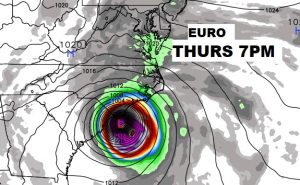 Then there’s Hurricane Islands which will threaten the Caribbean Islands later this week.  It’s expected to weaken to a tropical storm in the Caribbean.  Will we ever have to deal with Isaac in this part of the world?   We don’t know.  Isaac’s future is very unknown. 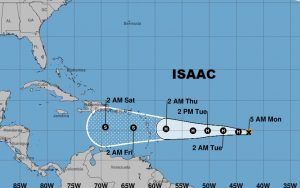 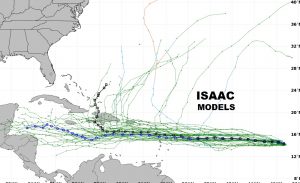