Good Morning!   Moisture is making a big comeback into Alabama today.  Your odds of getting wet from those ‘random’ storms are good for the next few days.  I’ll show you Future Radar, and I have updated the rain chances through the end of the week.  And, while clouds and showers may knock the temperature down for a few days, we may not be done with the 90’s yet.  We’ll look to the horizon for any signs of relief.  And, in the tropics there’s Kirk and Leslie.  Which one could be a problem later?

Perfect set up for increased showers/storms today as moisture funnels into the state from the Gulf. 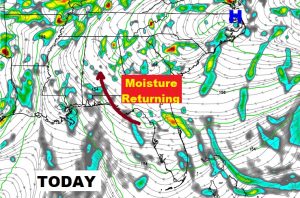 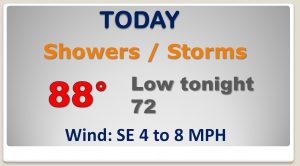 Another player later in the week, an approaching frontal system will also act as a focus for increased showers and storms, through Thursday. 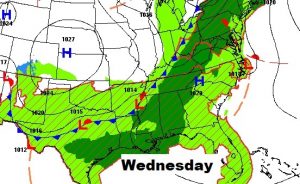 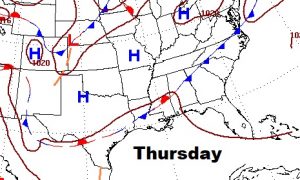 The increased showers and storms will keep the high below 90 for a few days, but low 90’s could return over the weekend, again. 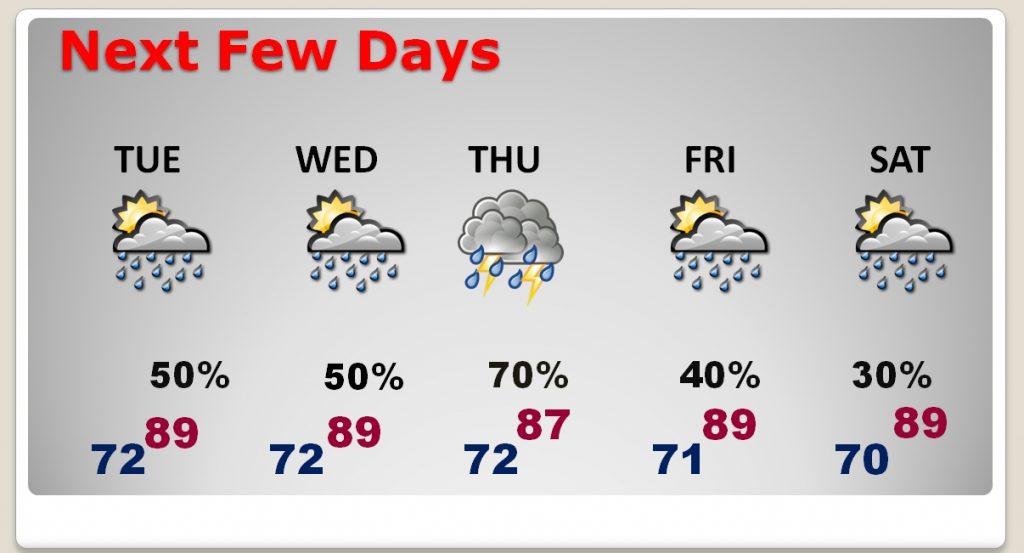 Two named systems in the Atlantic….Leslie and Kirk. 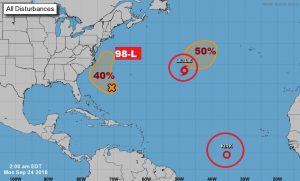 Kirk, now a tropical depression may become a tropical storm again as it approaches the Caribbean Islands later this week.

The distant future on Kirk is unknown.  Too early to say if we might have to deal with Kirk several days down the line in this part of the world. 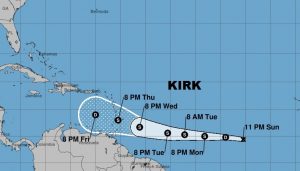 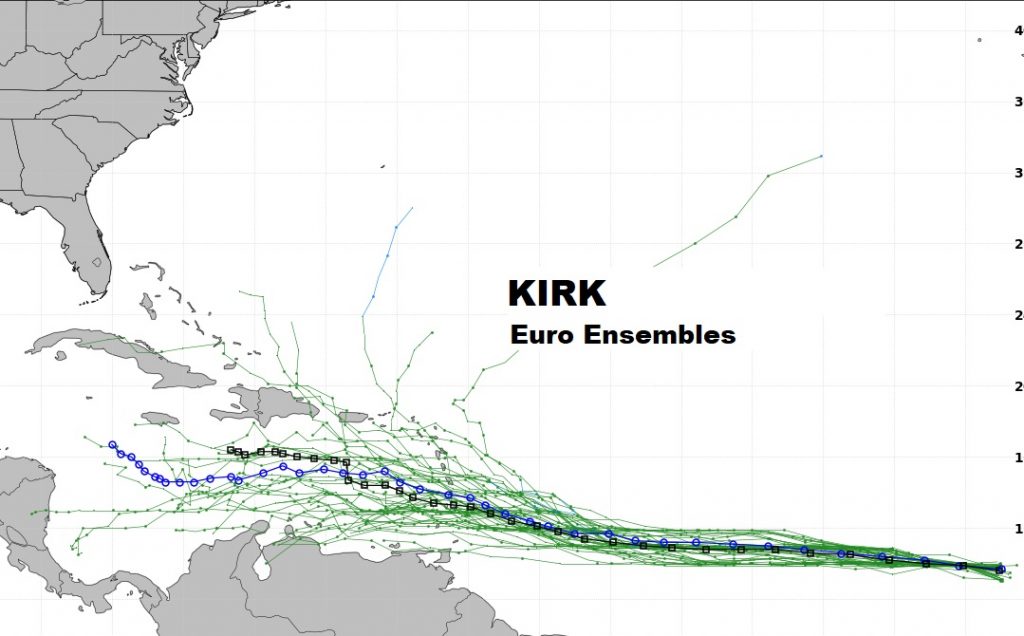