Good Morning!   Showers and storms, which have been quite numerous all week, won’t be quite as numerous today, and the storms will thin out more over the weekend.  Good  news at The Alabama National Fair comes to town and with a big slate of Football tomorrow.  We’ll take into next week, which could be a much drier week.  And, I have an update on the tropics…the latest on Kirk’s potential future.

Today, that southward moving front is still a player, but storms will not be nearly as numerous today as the last few days.  Highs in the mid to upper 80’s. 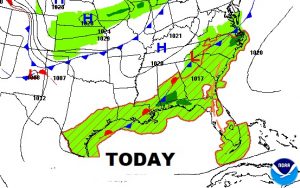 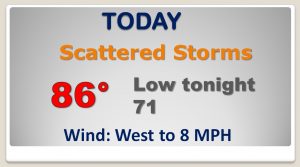 Storms will thin out over the weekend.  It will still feel like summer, even though it’s fall.  In the early and middle part of next week, as that upper high above us gets stronger, storms will be hard to find.   Rain chances will be small. 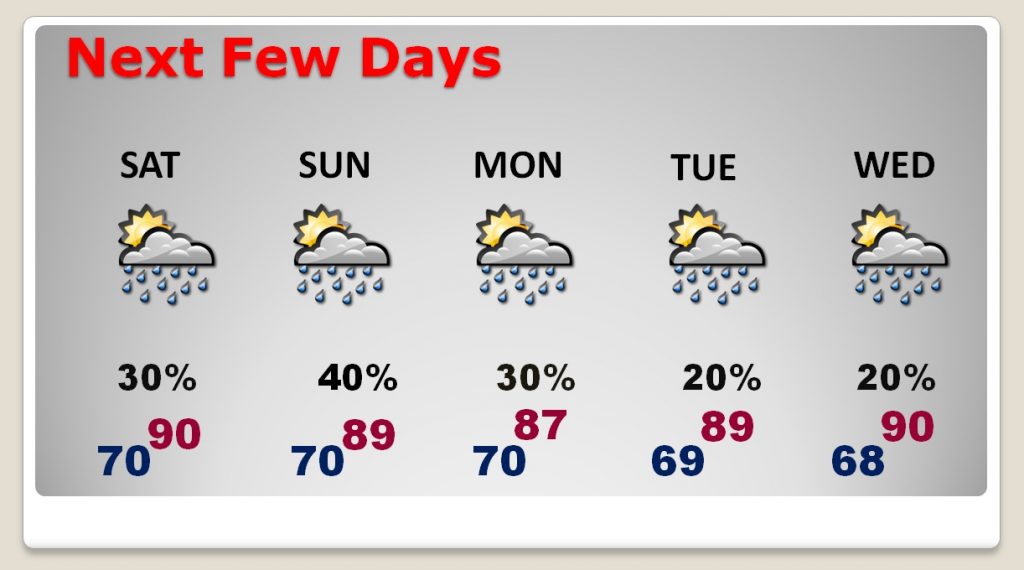 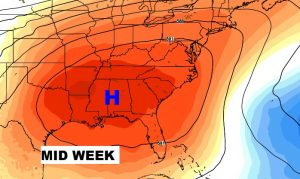 Tropical Storm Kirk has now made it into the Caribbean.  It may encounter some hostile wind shear which will weaken the system to a depression.  Will it make it all the way through to the western Caribbean?  Too early to say for sure.  Maybe. 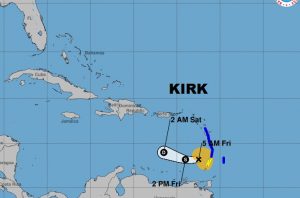 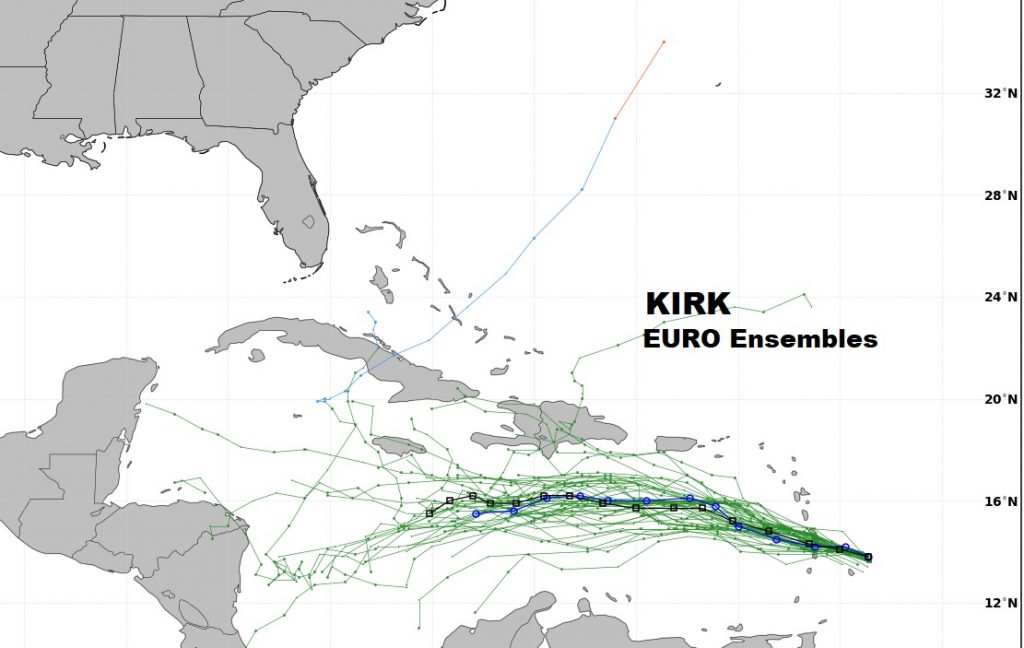