Good Morning!  The heat is on for the next several days . Upper level high pressure is locked in for the next several days, and that means showers will be almost non-existent.  But, for how long will this pattern be locked in?   We’ll look ahead to the weekend and beyond for any signs of relief on the horizon.  And, we have renewed interest in that “area to watch” in the west Caribbean.  We’ll check the model trends, as we try to get an idea where this system could move over the next few days.

July or October,  After 91 yesterday, we’ll be in the same neighborhood today, with that big upper high ridge dominating the Gulf States. 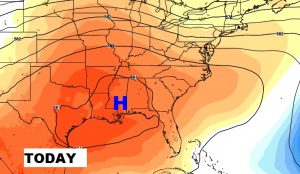 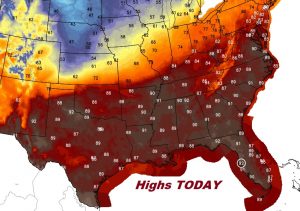 That strong upper high holds in place for several days, through the weekend, with very hot temperatures for early October.  Highs in the low 90’s and generally dry for several days. 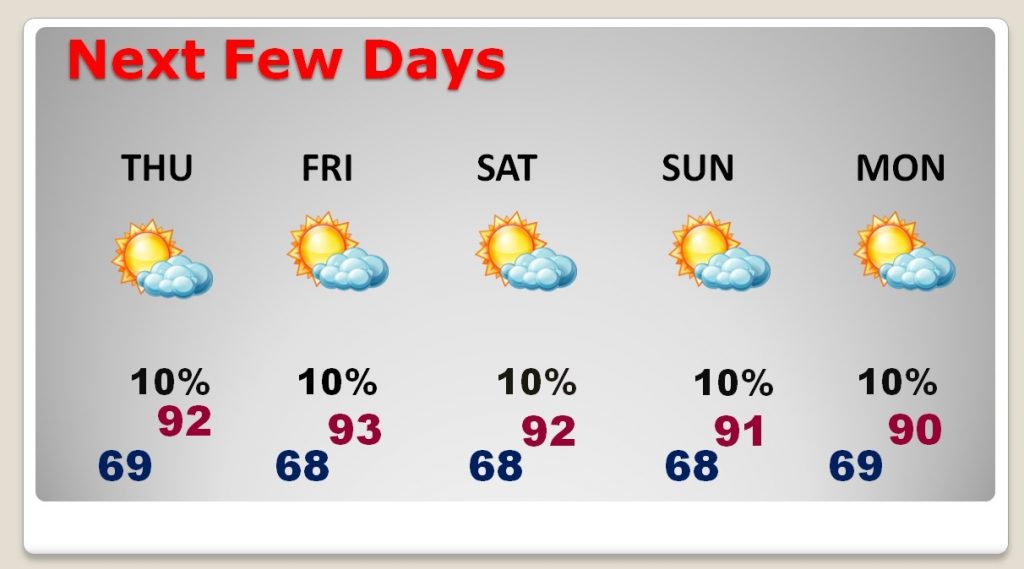 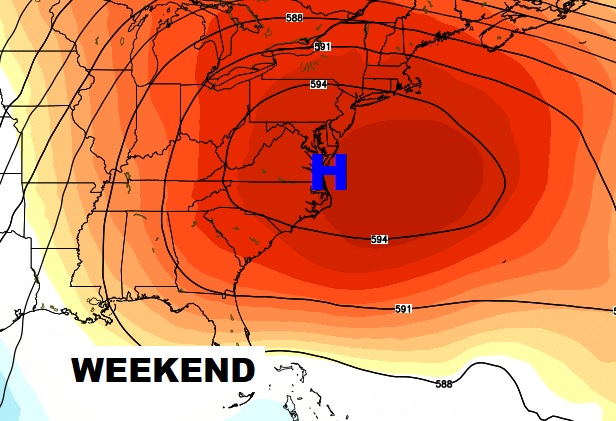 NHC is highlighting and Area To Watch in the west Caribbean.  Right now they give it a 30% chance of development. 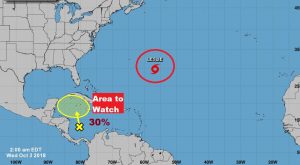 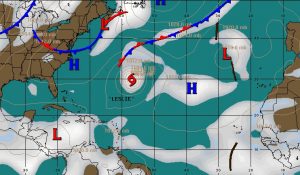 The Global models are struggling with what to do with the possible future track of this future system.  EURO takes it east toward Florida, and the GFS slides it into the west Gulf.,  Right now, the Euro idea makes more sense.  We’ll see. 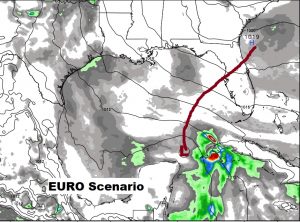 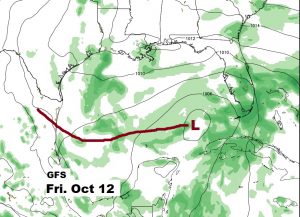