Good morning!  It’s another chilly jacket morning.  We have another couple of nice days on the way, before some changes move it.  On this video, I’ll bring you up to date on a Gulf coast storm system which will affect by late week, and it will get a “shot in the arm” from a powerful Pacific Hurricane.  Who will see this most rain from this developing storm system?  Will it get out of the way before the weekend?  I’ll tell you about a two cold fronts on the way in the week ahead.

High pressure over the Carolinas will be responsible for another great day here today, but all of eyes on a developing storm system in the western Gulf which will affect us later in the week, perhaps with some extra DNA and moisture from Pacific hurricane Willa. 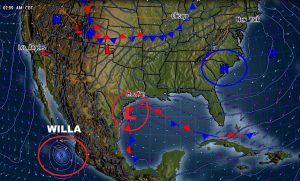 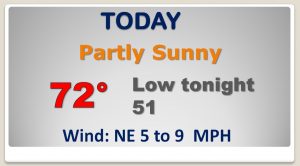 The western Gulf storm system will evolve and slide eastward along the Gulf Coast…Near New Orleans on Thursday, as a rain shield spreads across Alabama and across the Gulf coast, with rain Thursday, Thursday night and lingering Friday, as the storm tracks into Georgia and toward the Carolinas.  It will eventually become a significant nor’easter for the middle Atlantic and the Northeast by the weekend. 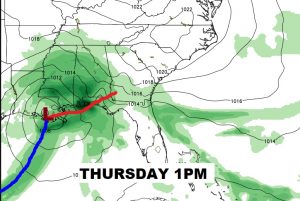 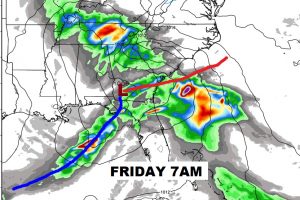 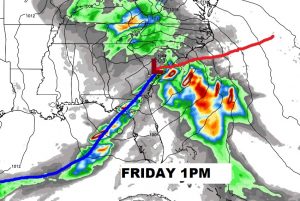 The leftover moisture from Hurricane Willa will get wrapped up in the Gulf Storms system as it tracks eastward.  The heavy rain band is evolving northward on the latest model runs and some of the heaviest rain is as far north as the I-10 corridor. 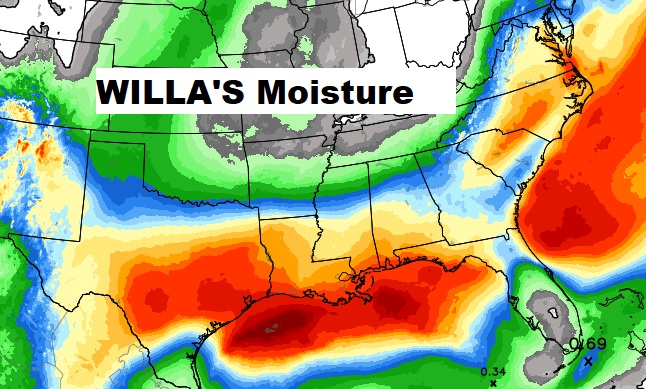 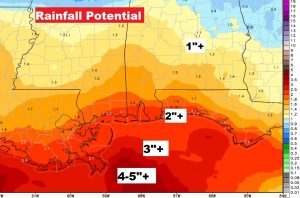 Nice through Wednesday.  Then, rain is a good bet Thursday, Thursday night, and a lingering chance part of Friday.  Then, more cool air funnels in behind the big storm system just in time for the weekend. 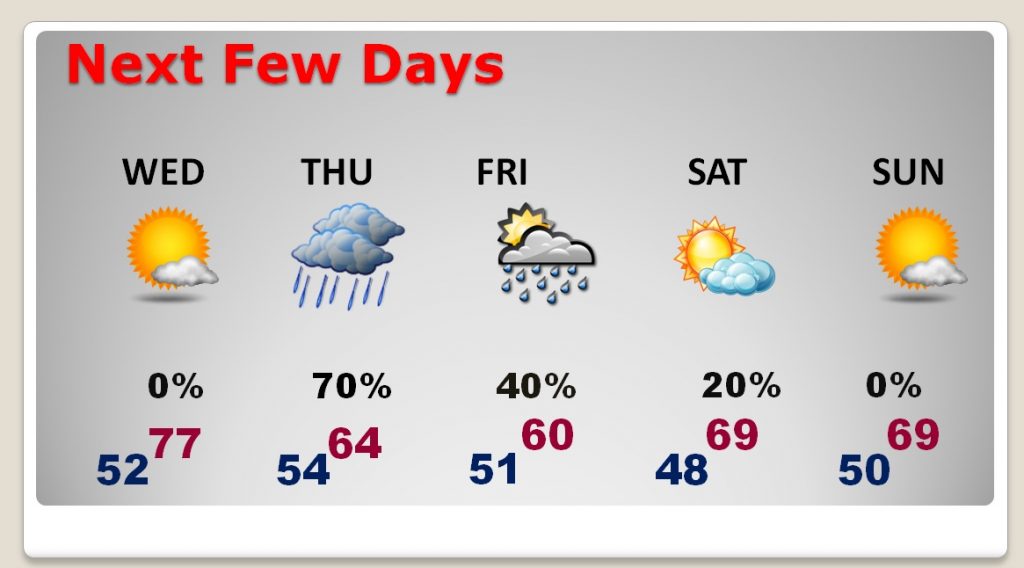 The Euro model hints at two infusions of cool air with frontal passages on Friday and again early next week. 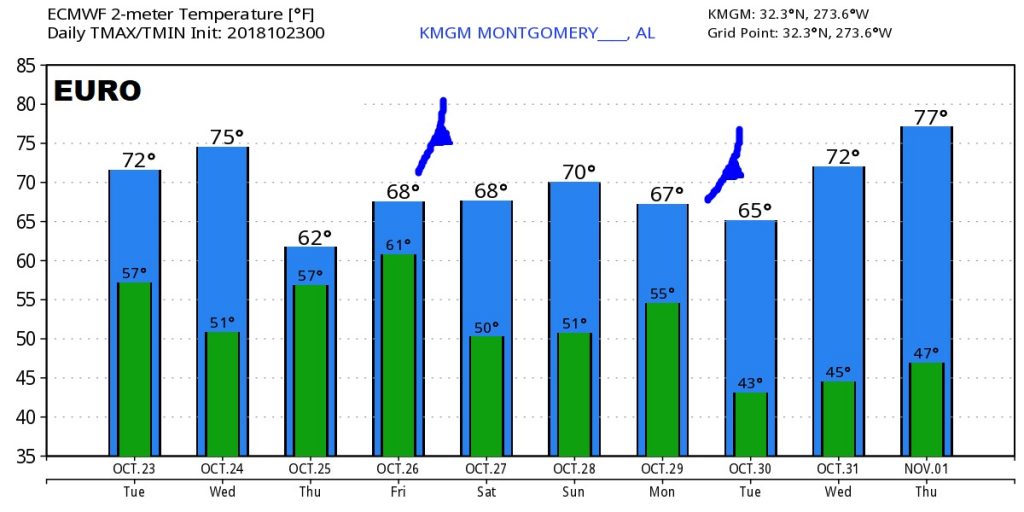