Good Morning!  You’ll need a warmer coat today.  Much cooler air has overspread the state.  We have a couple of sub-freezing nights ahead.  And, we already have our eyes on the next storm system, which could spoil a lot of weekend plans.  I’ll bring you up to date on the new storm system timing.  Plus, we’ll take a peek into the middle of the month. The next storm system could be a bigger deal.

What a change in reality.  Today’s high will barely reach the low 50’s, but that chilly wind will make it seem colder.  We’re headed for the first of a couple sub-freezing nights tonight. 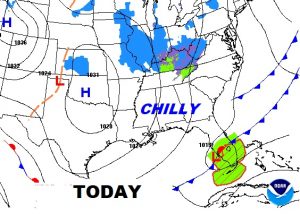 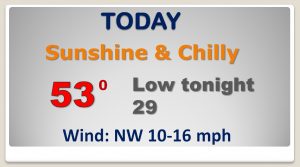 Looks like the coldest morning will be Thursday morning with upper 20’s by dawn. 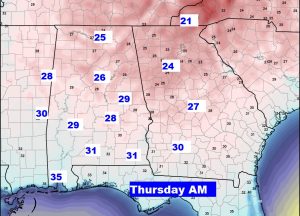 The chilly days and cold nights will be around for much of the week.  The next storm system is a big deal.  It will bring a cold rain to the area by Friday night, and through much of Saturday.  Much colder again Sunday and Monday. 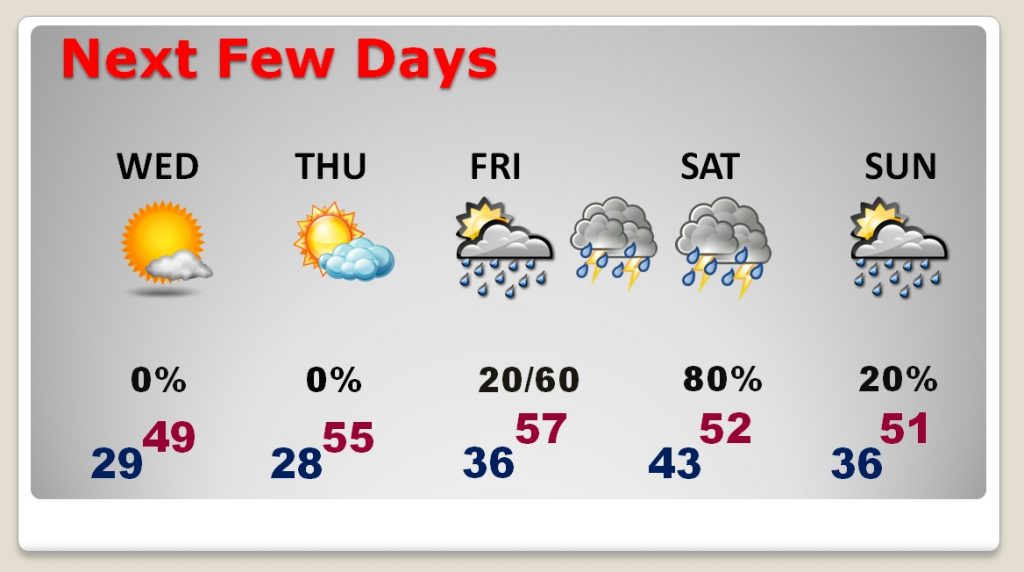 This next storm system will bring a variety of problems to a multi-state area including snow and ice for some.  Fortunately just rain in Alabama. 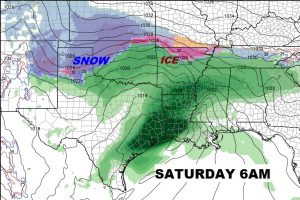 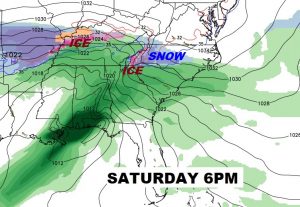 Here’s the expected snowfall with this next system.  Close call for Alabama, but our neighbors, not too far away could see some snow.