Good Morning!  Bundle up.  It’s a cold December morning.  Highs today will stay in the 40’s.  We’re headed for the 20’s tonight.  On this video, we’ll look ahead to the approach of a significant weekend storm system, which could affect a lot of events.  I have an updated on the timing, how rain could fall, and I’ll show you who could get snow from this system.  This storm system will be a big headline maker as far as how much snow could blanket parts of the south. 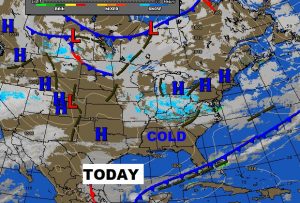 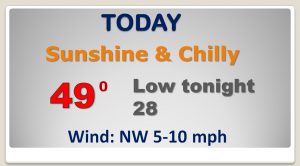 The next big deal event is this weekend storm system with a cold drenching rain, followed by even colder air by Monday. 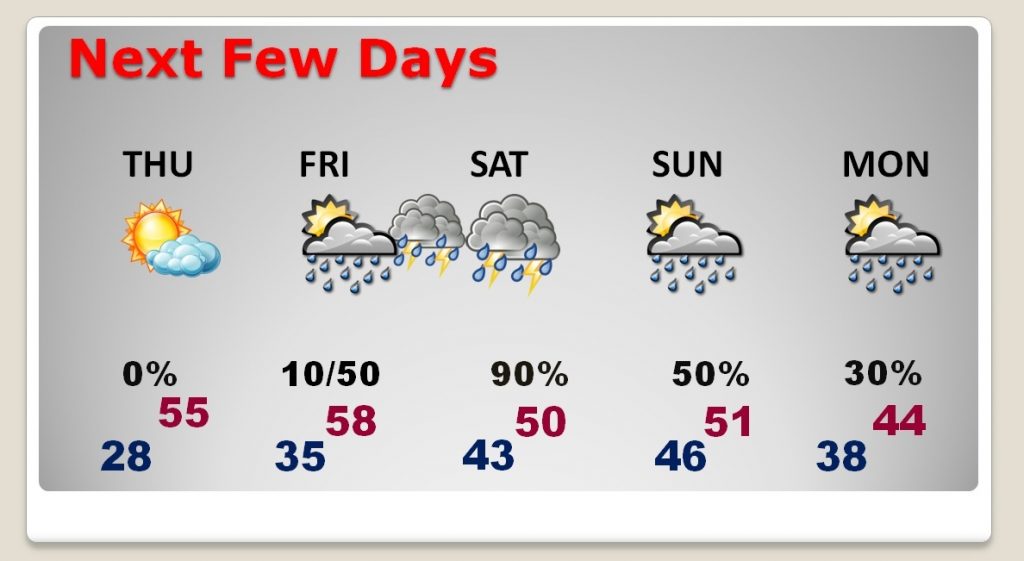 The storm system coming out of the plains will sweep across the south and make a lot of headlines with drenching cold rain for us, which could have a big affect on a lot of weekend Christmas events. 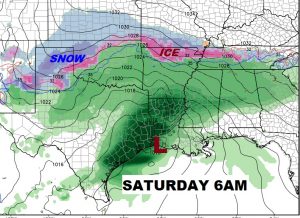 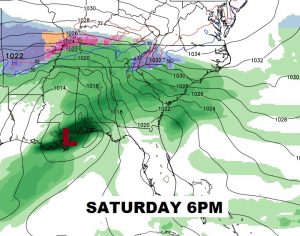 Rainfall for many of us could reach 2-3″ with heavier amounts across South Alabama. 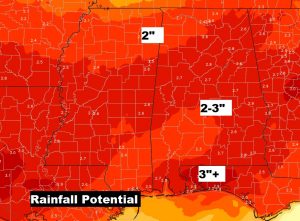 But this storm system will be remembered as a prolific snow producer for the south. 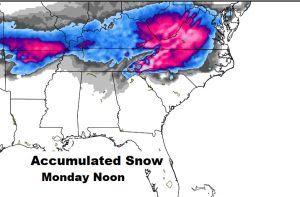 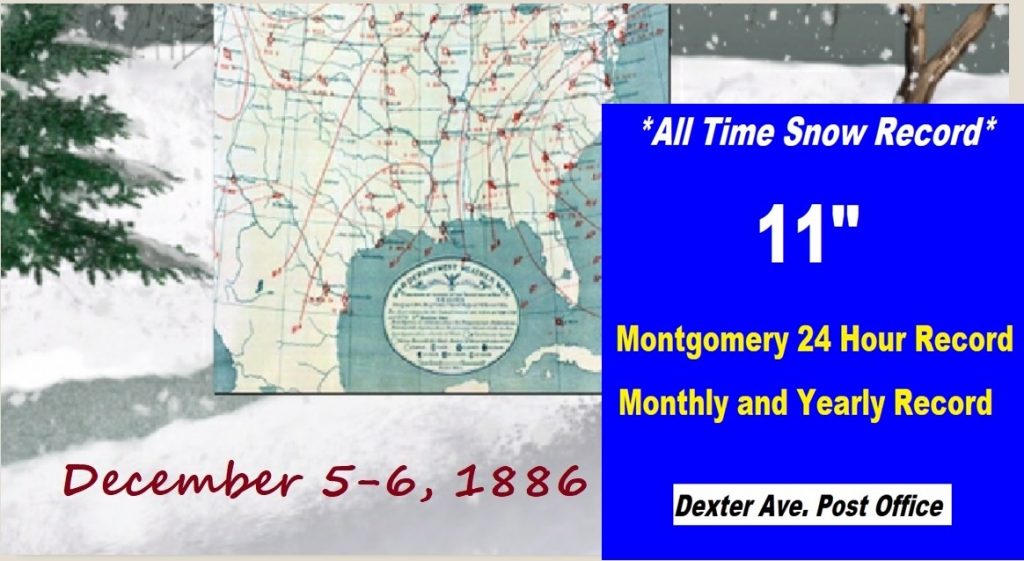