Get the hot cocoa ready, a few logs for the fireplace…maybe some Christmas movies for the DVD player..   It looks like we are in for an old fashioned December “soaker”.  Low pressure along the Texas/Louisiana Gulf coast will track eastward, reaching the Mobile Bay by this evening.  A shield of cold, at times drenching rain, will cover Alabama and much of the adjoining Gulf coast states today and tonight.  Tomorrow, the surface Low will be gone, but the threat of showers continues, as an upper level low swings into the area. Attention travelers, this storm will also be a prolific snow producer, especially in the Carolina’s.  More on that below.  Here’s the set up, as the storm tracks eastward along the Gulf coast today. 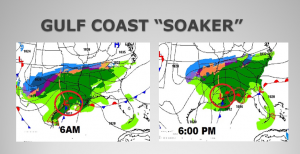 TODAY:   A steady rain.  Locally heavy rain at times.  Breezy.  East winds at 10 to 16, occasionally gusting to 25 mph.  Cold.  Temperatures hovering in the 40’s.  In fact temperatures won’t change much tonight, either. Low 44.  The risk of showers continues on Sunday, with highs in the middle 40’s  Total rainfall could reach 2.5 to 3.5” for many of us.  Locally, heavier amounts can’t be ruled out. 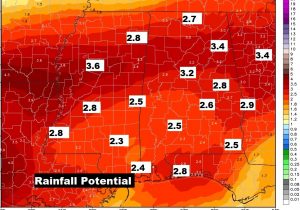 MONSTER SOUTHERN SNOW STORM:  Traveler’s beware.   Our neighbors not too far away may have to deal with a monster, historic, crippling snow event, as this system tracks eastward this evening, tonight and Sunday.  And, not just snow.  A period of freezing rain could precede the snow in spots.  Travel is not recommended.  In fact, even flights at the important Charlotte airport will be affected, which may have a ripple affect.  Total snow amounts could exceed 20” in spots!  Fortunately, we won’t have to deal with any snow and ice in Alabama. 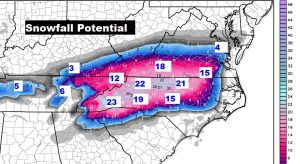 NEXT FEW DAYS:   We have some chilly days and nights ahead.  Sunday will be cold and wet.  On Monday, there may be a lingering showers or two, as high temperatures fail to reach 50.  The coldest mornings will be Tuesday and Wednesday morning.  The next storm system will bring in a chance of rain by Wednesday night into Thursday. 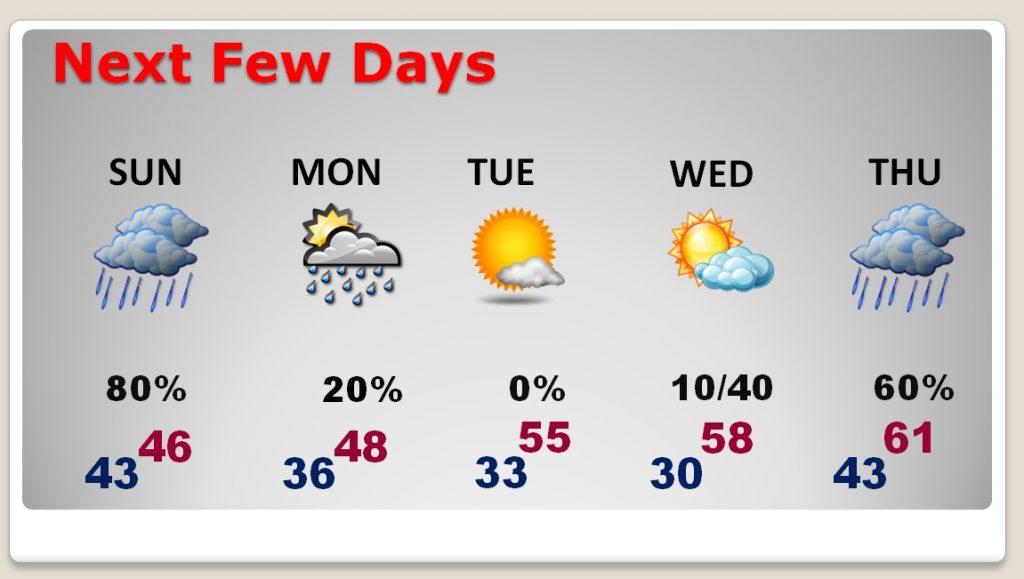 SNOW ANNIVERSARY:  Do you remember what happened last year on this date?  Many of us saw snow.  Some more than others.  Some spots from Autauga county northward had 5-6”+!   In Montgomery, it was just a whitening on the ground.  This amazing December snow event was  just the first of two snow last Winter.  The second event was even a bigger deal, back on January 17th.  Of course, accumulating snow in this part of the world is quite rare.  To have two snowfalls in one season is extremely rare. 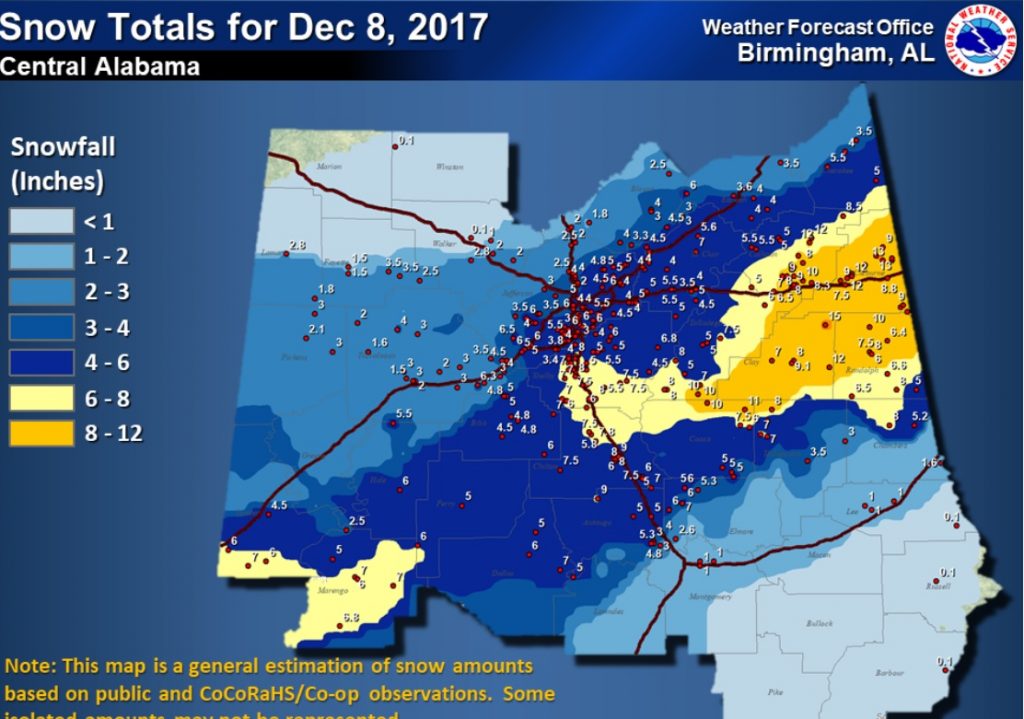 Despite the gloomy forecast, I hope you have a great Saturday! There will be another blog update for you early Sunday morning, with an update on the week ahead.  I will have your next complete video update Monday morning online by 4:45AM.