What a 24 hours we’ve had! That massive storm system that brought the drenching rain and high winds to Alabama, and snow and ice to our neighbors not far away in the Carolina’s, is not quite done with us yet.  The heavy rain threat is over, but we have more showers ahead today, and maybe even a shower or two tomorrow, before we get into drying and sunshine for a few days.  Another big deal storm arrives by the end of the week.

Here’s the set-up this morning.  The surface low (near Dothan), which brought the drenching rain has passed.  Today an approaching “upper low” will bring a round of scattered showers. 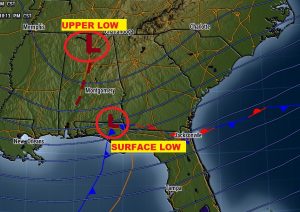 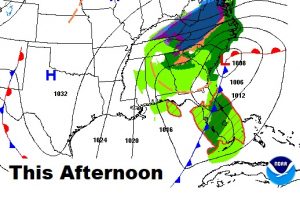 TODAY:  Scattered showers, especially after Noon and in through the evening hours.  Cold again.  High 47.  Breezy – north wind 10 to 15 mph.  Risk of showers till about Midnight.  Low tonight 37.

Here’s a couple of Future Radar snapshots.  Spotty showers today, as opposed to that solid shield of rain we dealt with yesterday. 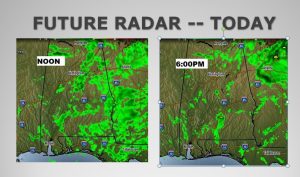 NEXT FEW DAYS:  Chilly Monday.  Cloudy, maybe an isolated shower.  Highs only in the 40’s.   Improvement Tuesday and Wednesday as highs return to the 50’s.  In fact, we could even reach the low 60’s by Thursday. Looks like a freeze on Tuesday and Wednesday morning.  Rain returns Thursday night and Friday, as yet another similar looking storm system slides east along the Gulf coast. 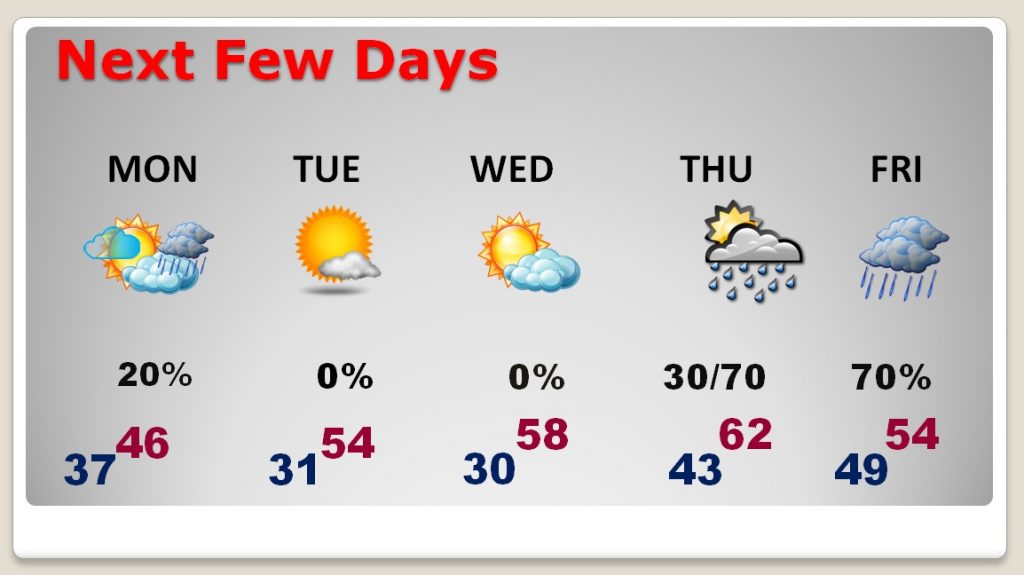 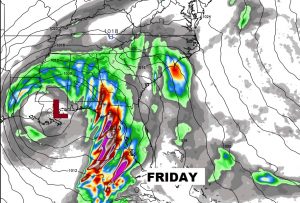 MASSIVE SOUTHERN SNOWSTORM:  The heavy snow is still in progress this morning, across a multi-state area, but centered on North Carolina, especially.  And, it’s not just snow.  It’s complicated,  and it depends on location and elevation.  In some places it’s more of an ice/freezing rain/sleet threat, before it changes to snow.  The Winter Storm warning covers a massive multi-state area.  The Charlotte airport (CLT) reports  1350+ flights so far, and that number is growing.  It’s a historic Southern snowstorm.  Some mountain locations could see more than 2 feet of snow. 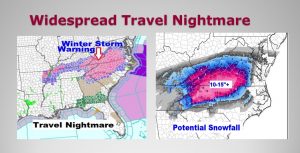 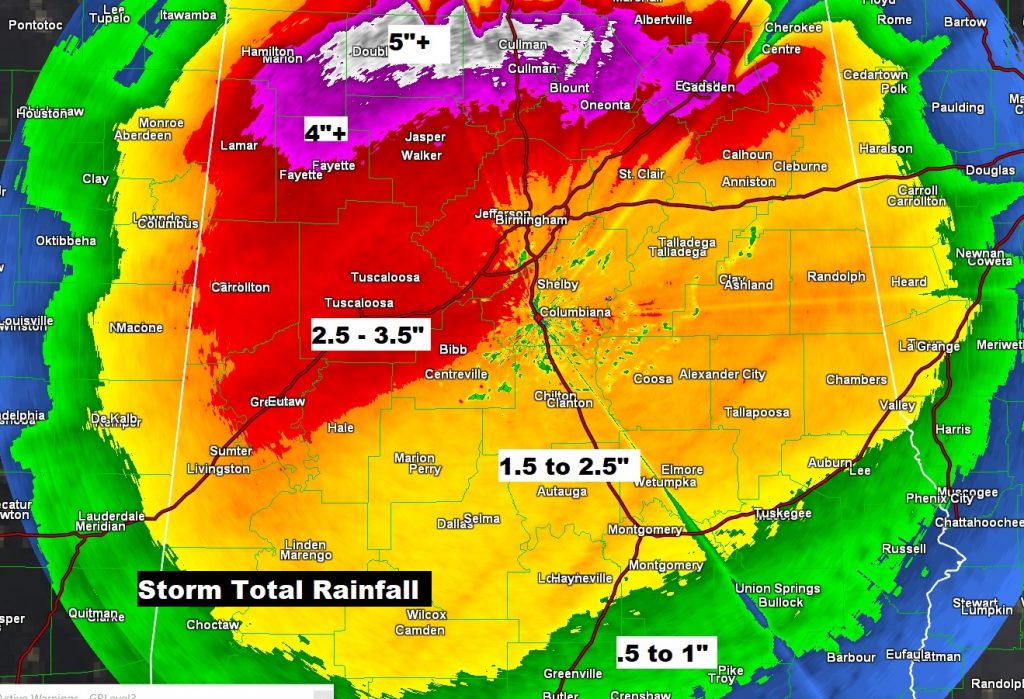 And, how about those strong winds last night?  The Birmingham airport guested to 49 mph, and the Montgomery airport gusted to 39 mph.  Here’s a summary of other maximum wind gusts around the state.

The strong winds are attributed to  rare meteorological phenomenon called a gravity wave, on the back side of this storm system.

I will have you a complete video update Monday morning online by 4:45AM.  We’ll get deeper into the details of the week ahead.  Plus, I’ll take you to the mountain top as we look deep into the month toward Christmas week.