The rain area has departed, but the clouds will remain.  It should be a dry, but otherwise rather “drab” day today and Monday.  Some chilly air will dominate the forecast through the early part of the week, followed by a mid to late week warm-up, which will take us back into the 60’s   Wet weather returns by late week and into the weekend, as a two part storm system approaches.

Here’s the set up this morning.  The rain has departed the state and has moved into Georgia.  Should be dry today. 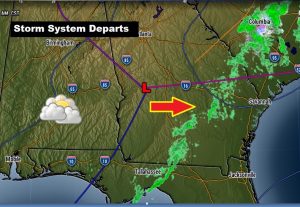 Future clouds:  I can’t rule out some “sunbreaks” later, but clouds should dominate much of today and tonight. 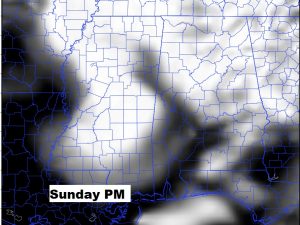 NEXT FEW DAYS:  Again, Monday, mostly cloudy, and chilly.  Our high will reach 50.  And, it looks like we will tease the freeze mark Monday and Tuesday night.  We’ll be 60+ by Wednesday through Friday.  But, the threat of rain will be around Thursday and Friday. 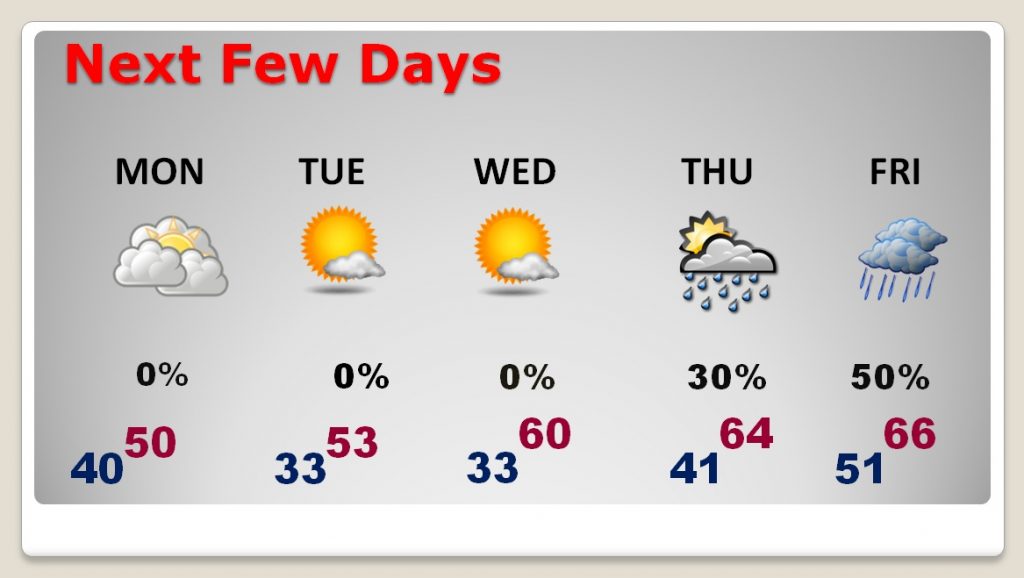 ANOTHER SATURDAY STORM SYSTEM:  Yet another significant storm system will bring showers and maybe some thunderstorm to the area next Saturday, followed by drastically colder air which will funnel in on Sunday behind the storm.  More on this on tomorrow’s video. 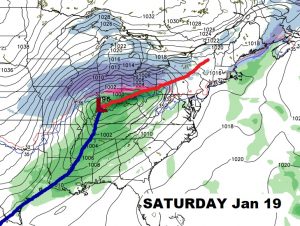 I’ll have a complete video update Monday morning at 4:45AM! Have a great Sunday!