It’s a raw, cold, windy Sunday morning, with wind chill in the 20’s.  Radar is quiet, but we did notice a couple of snow flurries during the night.  The storm system which brought tornadoes to central Alabama Saturday has departed.  It’s causing nightmare travel from the Midwest to the northeast.  Heavy snow has caused hundreds of cancelled flights.  Dress in layers today.  We are headed for the coldest night of the season tonight.

TODAY:  Wind Advisory remains in effect.  Winds will gust as highs as 25-35 mph at times.  Perhaps an isolated gust near 40.  Wind chill will be a factor all day.  It feels like the 20’s this morning/perhaps the 30’s later today.  Today’s high 43.  Tonight’s low 27.  Wind chill will be in the upper teens to near 20.  Skies will be clear.  Dress in layers to watch the full lunar eclipse and the ISS flyover.  More below. 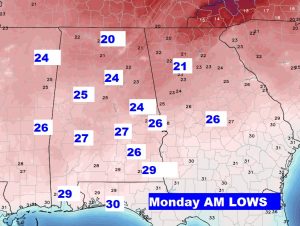 NEXT FEW DAYS:  After that cold Monday morning start, highs will struggle to reach 50 on MLK day Monday.  Tuesday will be a little warmer.  More rain is on the menu for Tuesday night into Wednesday.  It turns colder again late week.  A secondary shot of very chilly air arrives Friday night into Saturday. 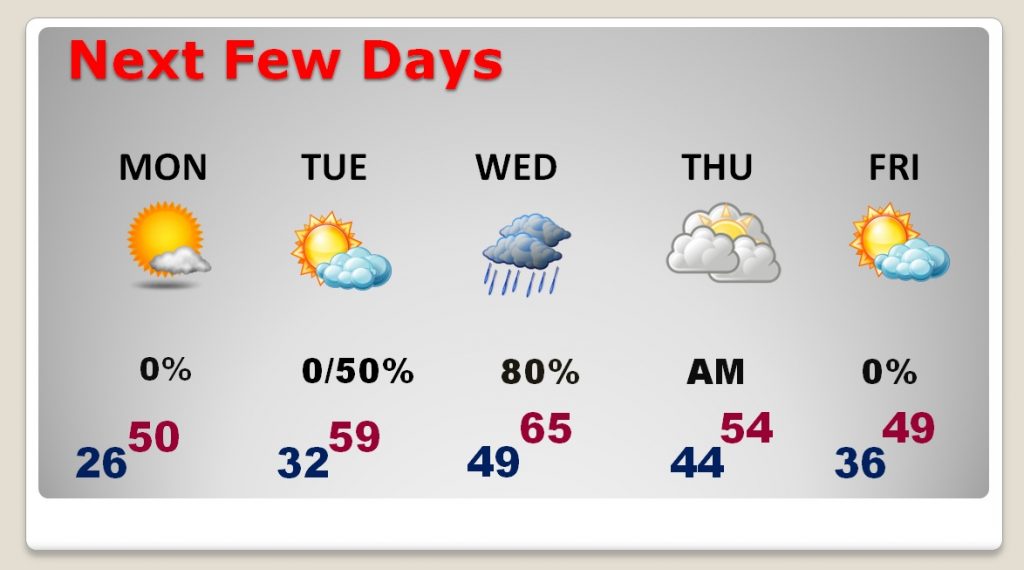 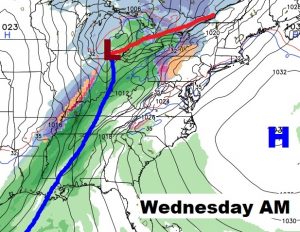 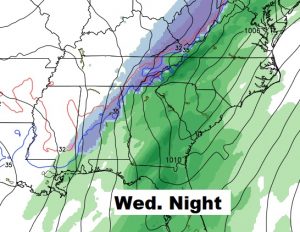 WETUMPKA TORNADO:  January 19, 2019 will always be remembered in central Alabama. The tornado that struck Wetumpka yesterday, obviously caused significant damage, striking the heart of the historic district just before 3PM.  The tornado “signature” on the Doppler Radar velocity scan was about as pronounced as it gets.  It was moving NE at 50+ mph. 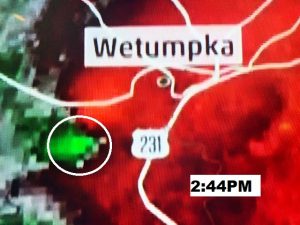 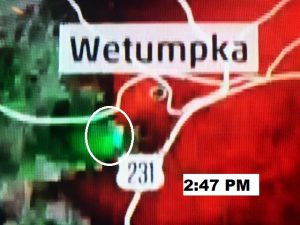 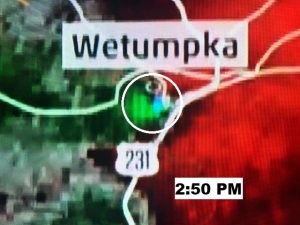 The damage pictures speak for themselves.  Heart-wrenching. Our thoughts and prayers are with everyone affected. Was it an EF-2?   EF-3?   National Weather Service survey teams will survey the damage today.  One team will focus on just Elmore county. The other team will survey Dallas, Autauga and Coosa county.  It’s quite likely they will identify  perhaps 2 or more additional tornadoes.  We’ll see. 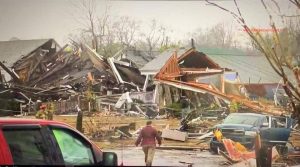 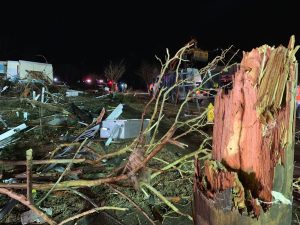 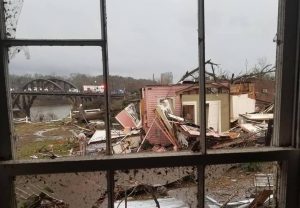 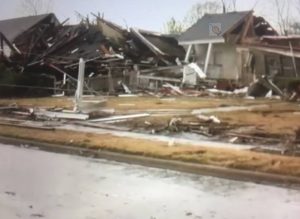 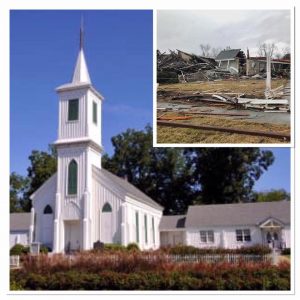 FULL LUNAR ECLIPSE AND ISS FLYOVER TONIGHT:  If you care to brave the cold, there’s quite a free show in the sky tonight.  There will be a total lunar eclipse, the so called “Wolf Supermoon”.  (Wolf is the name of the January full moon and Supermoon because the moon will appear a little larger tonight due to the Moon’s proximity to Earth today)   The total eclipse will last for about an hour.  Times below. 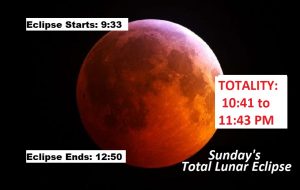 A little earlier in the evening, before the eclipse begins, there will be an excellent Space Station (ISS) flyover.  Look in the southwest sky at 6:42.   It will be bright!  When it gets overhead at 6:45, it will appear to fade away as it loses visible light.  Enjoy, but dress warmly! 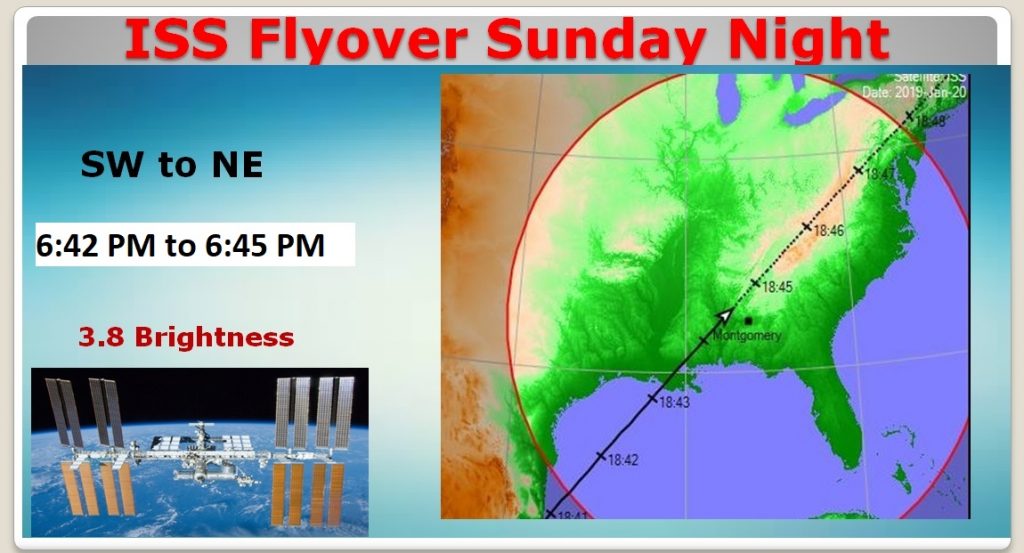 I’ll have a complete video update Monday morning at 4:45AM! Stay warm today!