The National Weather Service has issued a Winter Storm Watch, issued as far south as Perry, and Marengo and Coosa counties. It includes Birmingham, Tuscaloosa and Clanton. It does NOT include Alex City, Auburn, Selma or Montgomery. Accumulation 1-2+”. Dangerous travel conditions possible.  Farther south of the watch area a few slick spots are possible on roadways as far south as the I-85 corridor. 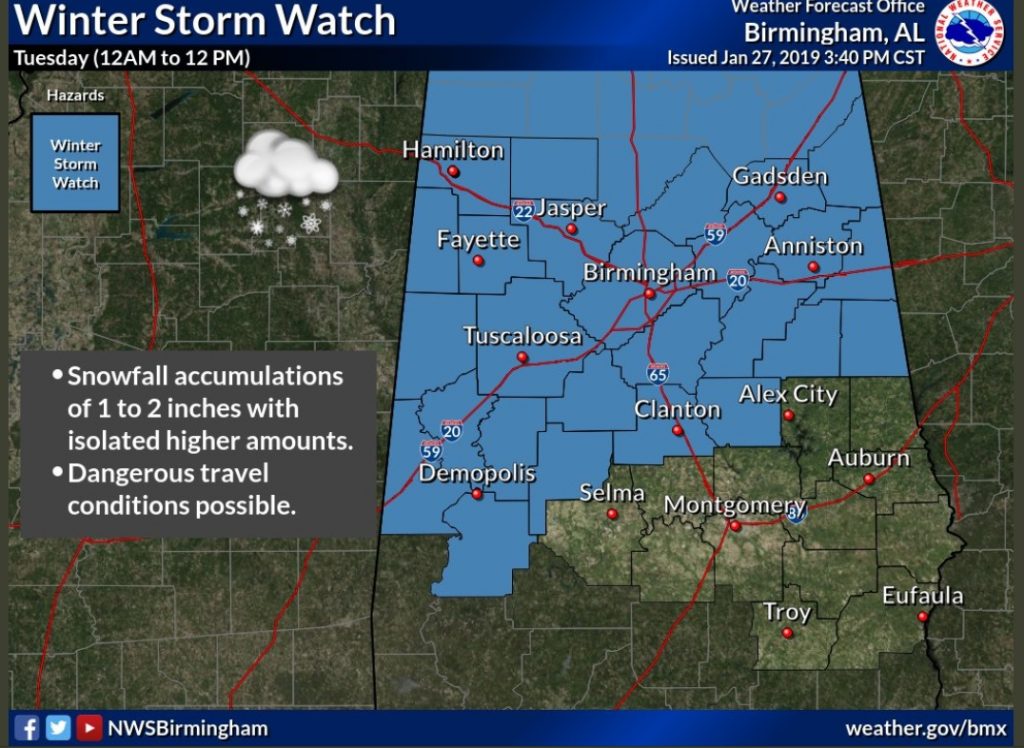 AFTERNOON MODEL ACCUMULATION TRENDS:    First, here is the Model Blend…a believable trustable forecast based on everything we know.   It shows some 1-2″ amounts (locally 2″+) up closer to the I-20 corridor in the Birmingham/Tuscaloosa area northward.  It shows .5 to 1″ amounts south to near Alex City to Selma to Monroeville line line.  South to Montgomery area, along the I-85 corridor, just a dusting to perhaps .5″ is forecast. 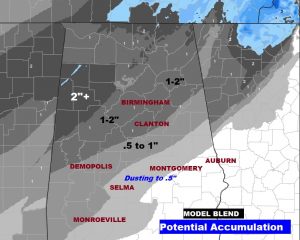 The GFS has been rather consistent.  It prints some 2 and 3 inch totals north of I-20.  It shows a light dusting as far south as just north of I-85. 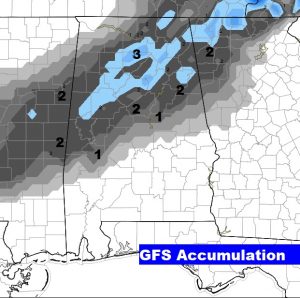 The accumulation on the band continues to be displaced farther south than the GFS.   It shows a band of 1 to 2″+ totals in a band generally centered over Birmingham.  It also shows accumulating snow much farther south into Dallas, Wilcox and Monroe county, with a light dusting near the I-65/I-85 intersection. 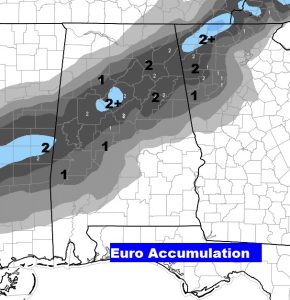 The NAM shows the most widespread snow area covering a little more than the northern half of the state.  It shows the heaviest snow band over a Anniston/Birmingham line, with some 2″+ amounts in spots. 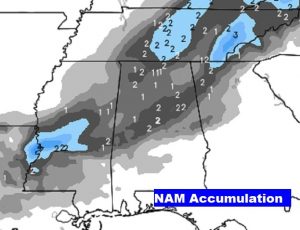