Make no mistake about it, winter will be back.  There is a lot of winter left.  But, for the week ahead, arctic air has retreated into Canada.  Our forecast will be very Spring-like for several days in a row.  In the “Dead of Winter”, this is a very welcome break.  The trade off will be the risk of showers.  A series of disturbances will brush by the state through the week ahead. There will be at least a small chance each day.  Some days will be a little higher.  There will be a lot more clouds than sun.  But, when you can “erase” harsh winter conditions from the forecast for a whole week in February…that’s pretty amazing.  Don’t get spoiled.  Old man winter will rear his ugly head again, despite what the groundhog predicts.

TODAY:  It will be mostly cloudy.  The warming trend continues.  Montgomery’s high was 64 yesterday.  We should easily reach 66 today.  Tonight’s low will be near 50.  Isolated, stray showers are possible, but they will be few and far between.  Here’s a late afternoon future radar snapshot, showing the isolated nature of the shower threat. 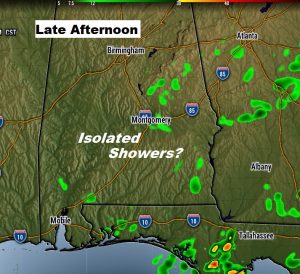 NEXT FEW DAYS:  The amazing warming trend continues.  Highs will be 70 or above each day, starting Monday.  In fact, we’ll be in the mid to upper 70’s Tuesday through Thursday.  Lows at night in the 50’s.  (Normal high and low 59/37)  Chance of showers each day.  Best chance, right now, appears to be Tuesday and Wednesday.  Maybe even a few thunderstorms, just like Spring. 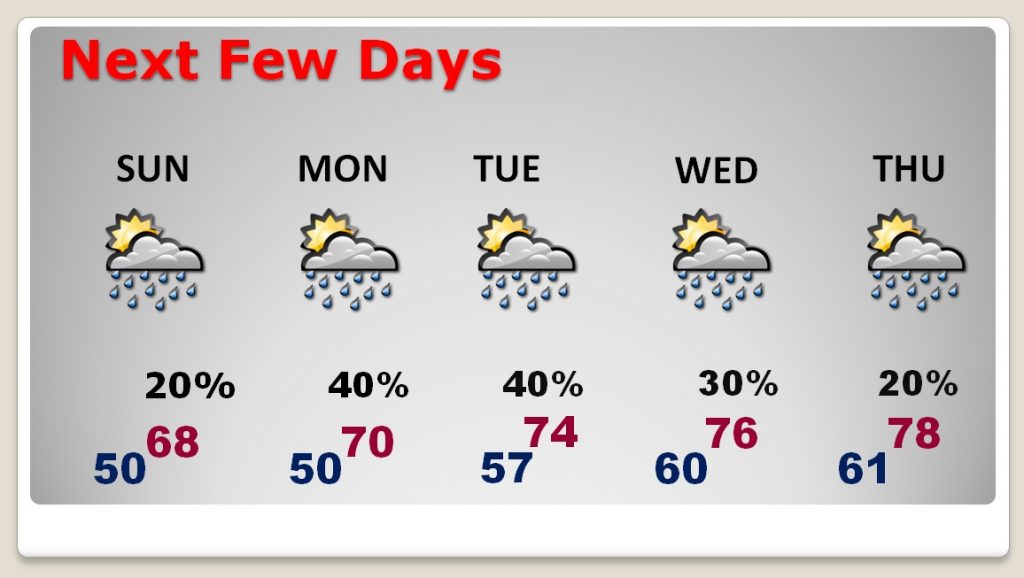 WINTER RETREATS FOR NOW:   Arctic air has retreated back into Canada, for now.  After the a week of extreme dangerous cold, as the so-called “Polar Vortex” descended on the Nation’s heartland , the turn-around over the next few days is simply amazing.  Some cities in the Midwest will be 70 to 80 degrees warmer, within a period of only 4-5 days. 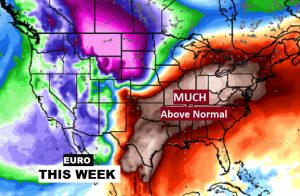 Here’s the set-up in the upper atmosphere.  This is up around 20,000 feet.  Do you see that huge mound of high pressure, extending from the Gulf and across Florida?  That upper high will not only keep major storm systems at bay, it will also slam the Arctic Floodgates closed for at least a week, perhaps longer, for us.  Looking well into the future, the next shocking drop may hold off till closer to the middle of the month. 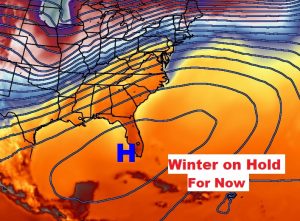 HAPPY GROUND HOG DAY:  That famous little rodent, who works once a year, will make his famous yearly forecast this morning.  Then, the little guy will go back on vacation for another year.  Here’s the Ground Hog’s prediction record in just the last 10 years.  The little rodent has been right only 40% of the time.  That’s only slightly better than the Old Farmer’s Almanac, which has been right about 20-30% of the time.  Plus, the Ground Hog doesn’t even have an app. 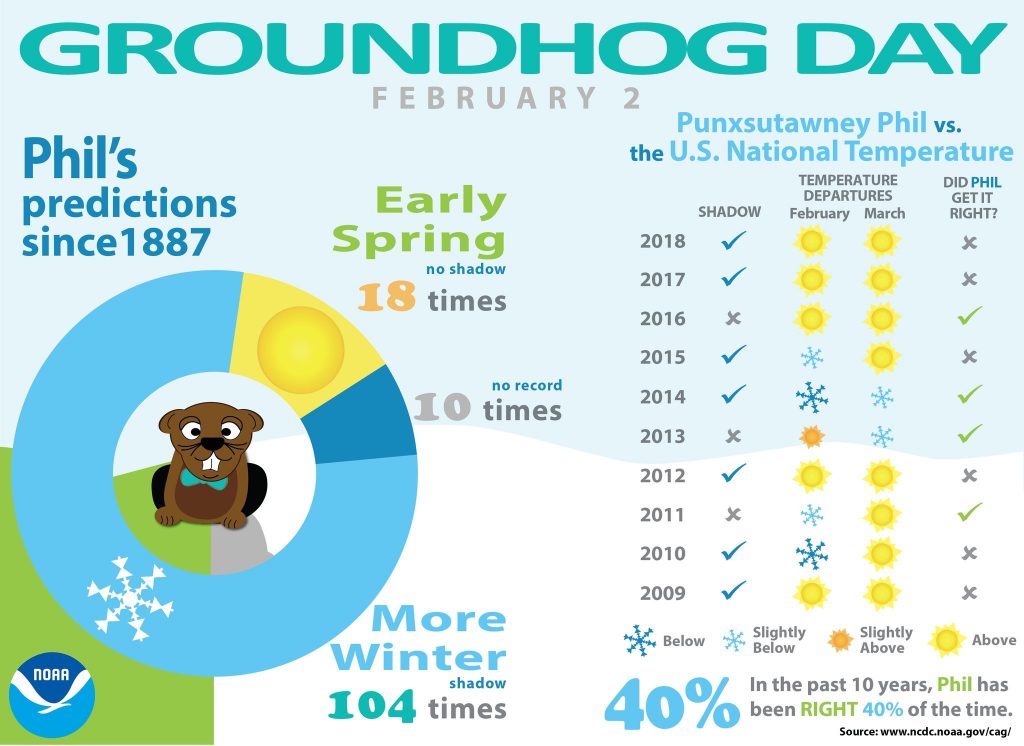 BULLETIN NEWS: For only the 19th time in 130 years, Phil did NOT see his shadow. Early spring…according to Phil. –end news bulletin– We now resume normal programming. 🙂

I’ll have another blog update on Sunday morning, early.   I hope you enjoy this very mild weather.  I know a little dog who is going to get a nice long walk in the Park.