When you see this forecast, it’s hard to believe this is a week in February.  We had 71 yesterday.  The week ahead will feature highs in the 70’s each day.  In fact, we could see some upper 70’s by mid week.  A series of disturbances will brush by the state.  The risk of showers each day will generally range from 20-40%.  Slightly better rain chances arrive on  Friday as a cool front approaches.

TODAY:  It will be mostly cloudy.  There will be some “sun-breaks”.  Rain chances are not zero, but generally about 20% or less, as another weak disturbance brushed by the area.  High 68-70.  Tonight’s low 51.

NEXT FEW DAYS:  Highs in the 70’s each day.  Rain chances generally average 20-40% each day.  Warmest days will be Wednesday and Thursday with upper 70’s Lows at night mostly in the 50’s.  (Normal high 59, Low 37)  Best rain chance Friday, as it turns a little cooler as a cool front moves through the state. 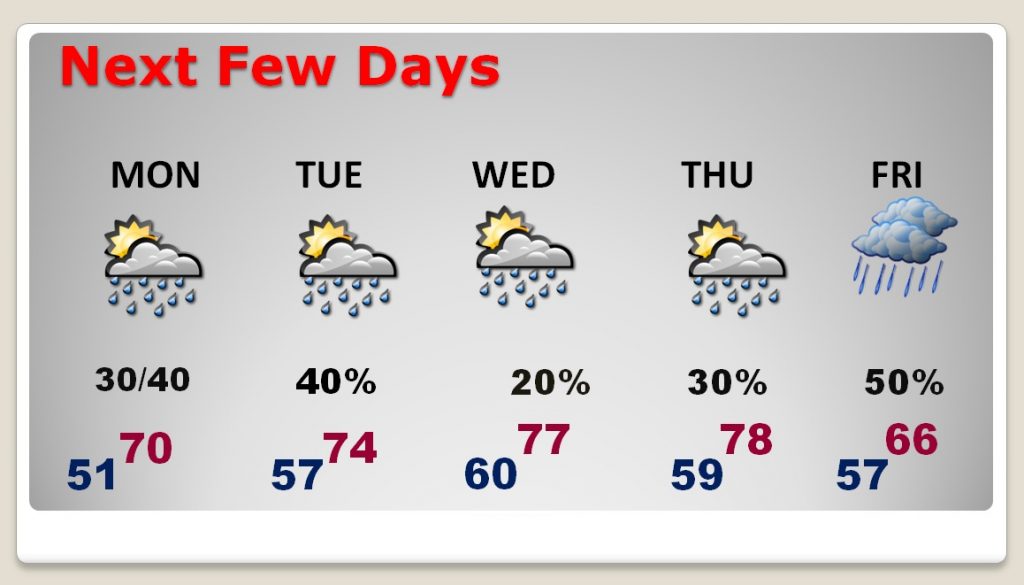 Many parts of our nation that had such incredible, dangerous, Bitter Arctic Cold last week will enjoy such a nice turnaround this week!   Just what the doctor ordered. 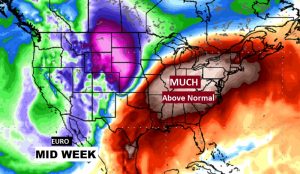 LOOKING AHEAD:  Shhhhhhhhh.  It appears that Winter is on hold for awhile.  There will be a couple of Arctic intrusion across the northern US over the next two weeks, but, so far, it looks like an upper level dome of high pressure will tend to protect the Deep South from Arctic Outbreaks through mid month.  We certainly hope that pans out. We’ll take another look at this on my video update in the morning.

Here’s the “raw” GFS temperature output numbers for the next 16 days.  Don’t focus on specific numbers.  We’re looking for trends here.  Certainly no arctic air is evident on both the GFS and EURO for the next two weeks. 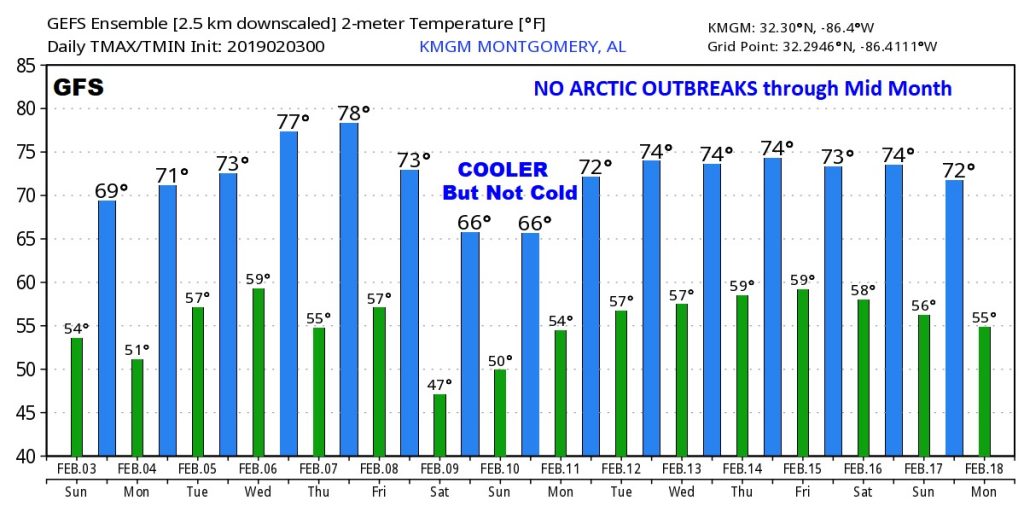 I’ll have a complete video update Monday morning at 4:45AM.  Have a GREAT Super Bowl Sunday!