Good Morning!  We have a very active weather week ahead with two systems on the menu.  The first front moves through the state early tomorrow with a line of showers and storms.  Will the storm be severe?  I have an update from the Storm Prediction Center.  And, another frontal system will affect us before this week is over.  Will that storm system bring a round of strong storms to the state?   Maybe…  We’ll look ahead to the next weekend, and we’re always looking ahead to see if there’s any arctic air on the distant horizon.   I’ll run it all down in a couple of minutes on your Monday morning weather briefing.

Frontal system in Oklahoma will become a big player by tomorrow morning.  Today, a disturbance running well ahead of the front will bring s chance of showers by this afternoon.  Breezy by tonight. 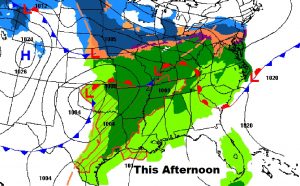 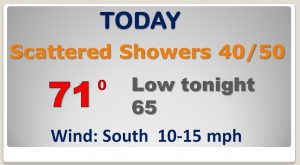 For now, the Storm Prediction Center has backed off on the Severe Weather Threat for Tuesday.  Still though, there will be a tiny window for a “non-zero” severe threat by mid-day. 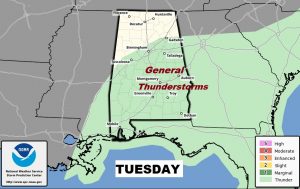 Band of rain reaches central Alabama during morning rush hour tomorrow.  By mid-day some stronger storms need to be monitored from central through south Alabama on Tuesday. 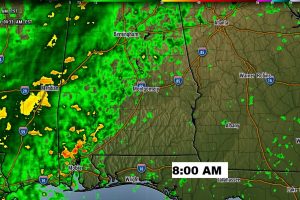 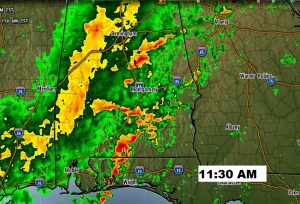 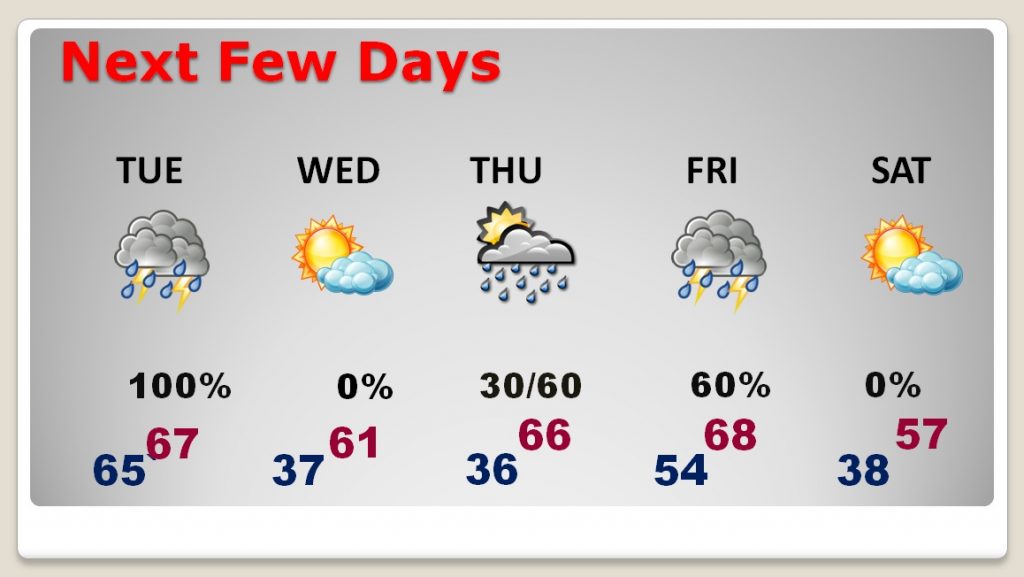 Another storm system (frontal system) affects the area by Friday.  Could some of the storms be strong or severe?  Too early to say, right now.  There will be some marginal instability. 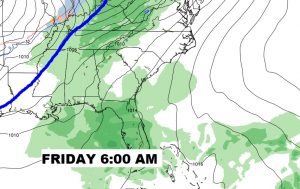 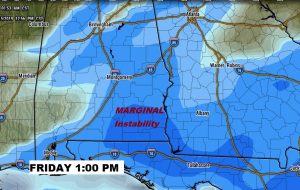