Good Morning!  Hot & dry again today, but we are about to see a radical change in our weather pattern.  Tropical downpours are on the menu before this week is over, and over the weekend.  We desperately need the rain, and the rainfall amounts could be significant over a multi day period.  On this video, I’ll update the timeline, and we’ll look at potential rainfall amounts.  Be prepared to have a Plan B for your weekend plans. 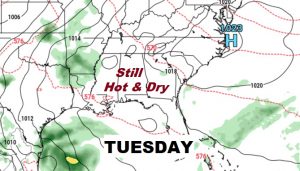 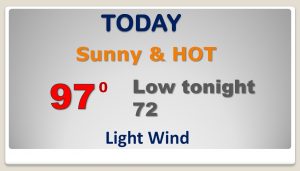 Invest 91-L in the SW Gulf is very disorganized,  it still has  a 50% chance of development into a depression before it comes ashore.  But, tropical moisture from this system will play a big role in our forecast. 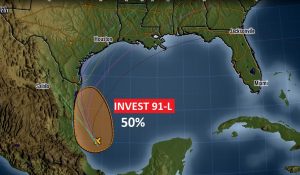 That plume of moisture will migrate to the northern Gulf Coast and then it will spread out.  Tropical Downpours late week and this weekend could bring significant, and much needed rain. 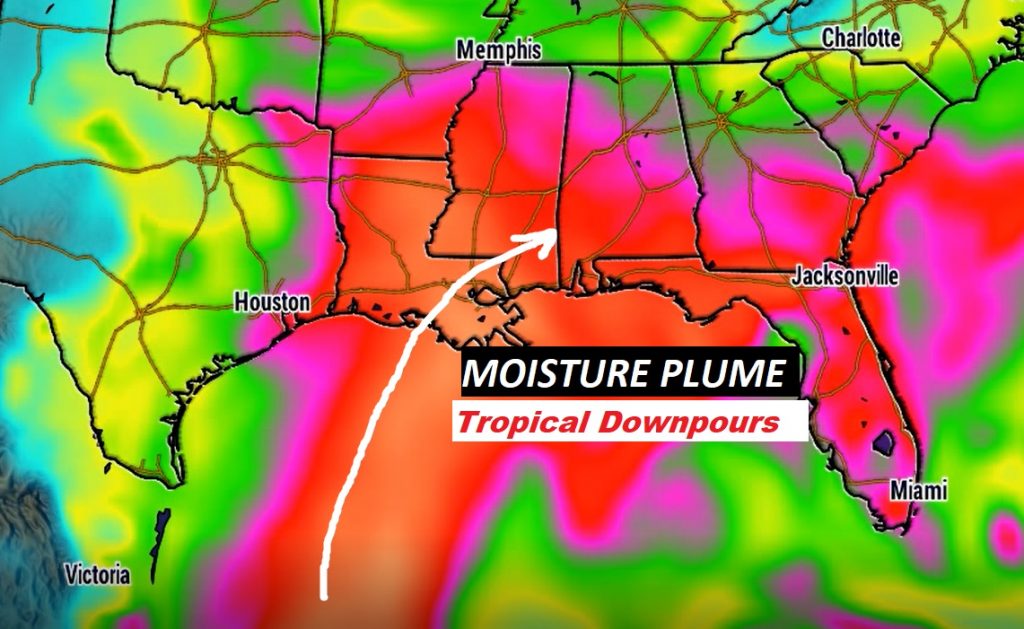 Rain chances really start to ramp up starting Wednesday night, and Thursday, but become much more likely Friday through the weekend and into early next week, too.  High temperatures will fall back to the 80’s 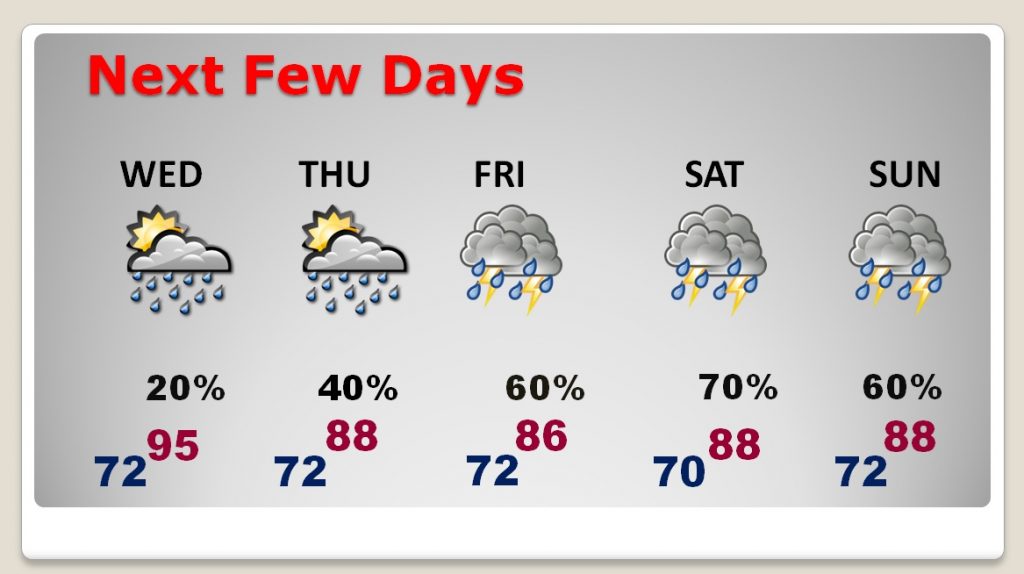 It suggests we could easily see 3 to 4 inch amounts in central Alabama, with heavier amounts in north Alabama. 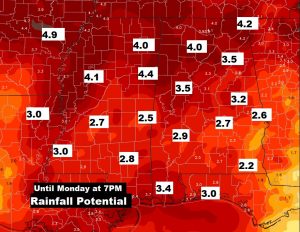 The raw potential rainfall numbers on the Euro model through Tuesday are crazy.  I’ll let you look at these without comment. 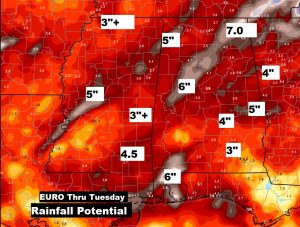