10AM UPDATE:  **BREAKING NEWS: #Barry is now an official Category 1 hurricane with winds of 75 MPH, as the center is now moving onto the Louisiana coast.  Now located 40 miles south of Lafayette, LA., moving northwest at 6 mph. On this course, the hurricane will move through south Louisiana during the day.

“Barry” is expected to be a hurricane at landfall on the Louisiana coast later today.  The center will likely cross around  10AM .  Barry’s track has been nudged slightly westward.  For Alabama, that means less of a chance of tropical tornadoes.  In fact, except for coastal Alabama, the tornado threat has been removed.  We will, however, experience some tropical rain bands with locally heavy downpours, enhanced by daytime heating today and Sunday.  Rainfall amounts will vary quite a bit from maybe .50” near the Georgia border, to near 4” in west Alabama, and 5-7” on the coast. 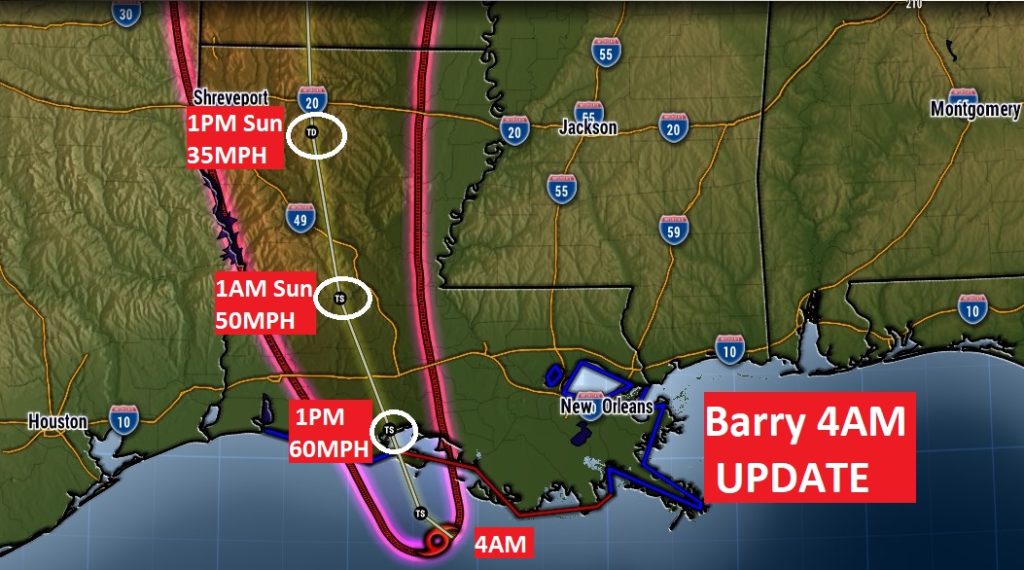 TODAY & SUNDAY:    Periods of scattered to numerous showers & storms, becoming more numerous, especially during the day and into the evening. Locally heavy downpours in the stronger storms.  There will be many hours when it will be completely dry, until the next tropical rainband arrives.  Highs today and Sunday upper 80’s to near 90.  Low tonight 75.

Here’s a Future Radar loop from the one of the hi-res models. (NAM)  The loop runs from 7AM Saturday to 8Pm Sunday evening.  I wanted you to get a sense of how these tropical rainbands will tease us from time to time with heavy rain, but there will be many dry hours in between.

RAINFALL AMOUNTS:  Rainfall will vary quite a bit from maybe .50” near the Georgia border, to near 4” in west Alabama, and 5-7” on the coast.   Keep in mind, these are “general/average” guidelines.  Locally, some towns could see some much higher totals.  The rainfall distribution will not be smooth. 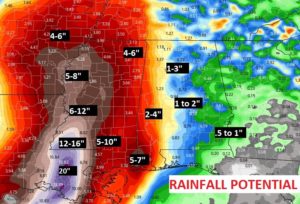 TROPICAL TORNADO RISK:  With the track of Barry nudged westward, the BEST news is the tropical tornado threat risk for Alabama has decreased quite a bit, except in coastal Alabama, where the risk continues, especially today and tonight. 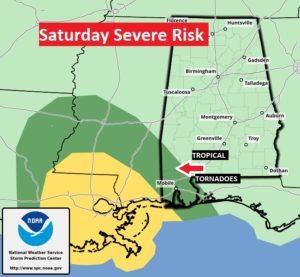 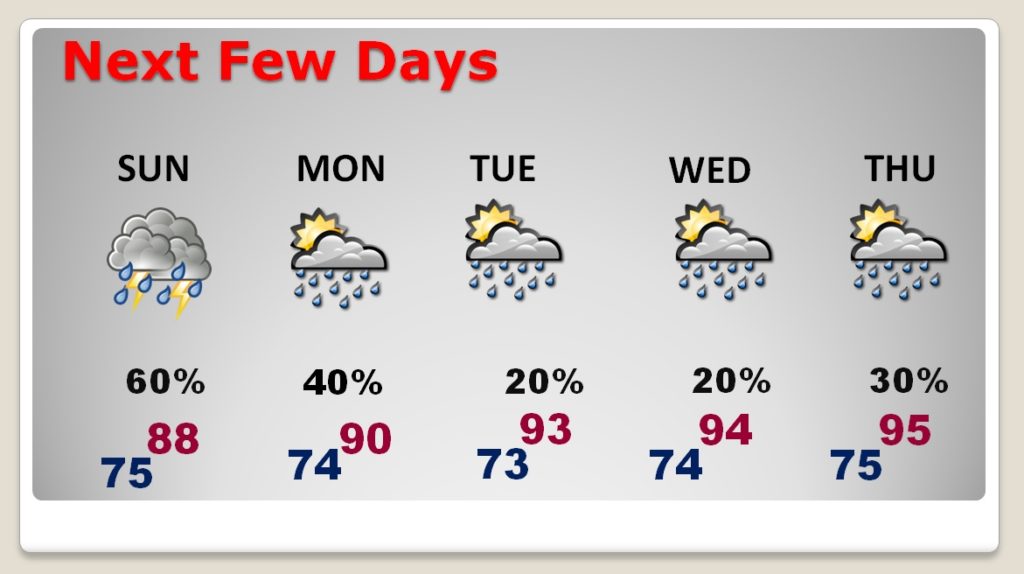 I will have another forecast update tomorrow morning. There will be additional posts and updates as needed between now and then.  Have a nice weekend.  Stay weather aware.