Even though Barry is several hundred miles away, in western Louisiana, it still will have an influence on our weather today.  Like yesterday, showers and thunderstorms will blossom with the daytime heating.  There will be local tropical downpours, again.  But, tomorrow, as Barry ‘s tropical plume lifts to the north, our storms will thin out.  By Tuesday, Wednesday, and Thursday, storms will be “few and far between”, as temperatures climb back to the mid 90’s.

Here’s Barry’s interesting and unusual track from a disturbance in Tennessee a few days ago to a landfalling Hurricane in Louisiana.  The NHC forecast cone extends into Missouri.  That’s where the “seed” of Barry formed several days ago. 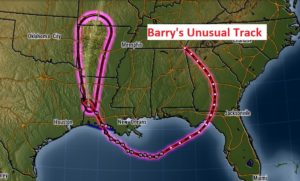 TODAY: There will be many dry hours.  But, scattered to numerous showers & storms will be roaming around from mid morning through early evening.  High in the upper 80’s.  Low tonight mid 70’s.

Here’s just a sample of Future Radar this afternoon, which will give you general sense on the type of coverage we’re likely to see.  Tropical downpours, again.

TROPICAL TORNADO THREAT?: Over the western third of Alabama, it’s possible some of the cells will start to rotate today.  A few tropical tornadoes can’t be ruled out. 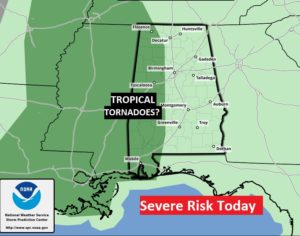 RAINFALL POTENTIAL: Most of us will see under an inch of rain today.  Heavier totals are likely across the western third of the state.  The excessive rainfall totals will stay west of Alabama.  Drenching rains are expected from Louisiana and Mississippi today and shifting northward across the mid south over the next few days. 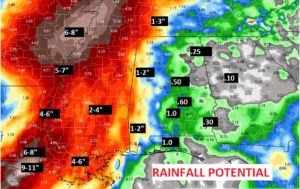 NEXT FEW DAYS:  As  Barry pulls away, our rain chances will thin out back to “slim and none” as we move toward mid week.  Meanwhile, the heat will build again.  We’ll be back to the mid 90’s 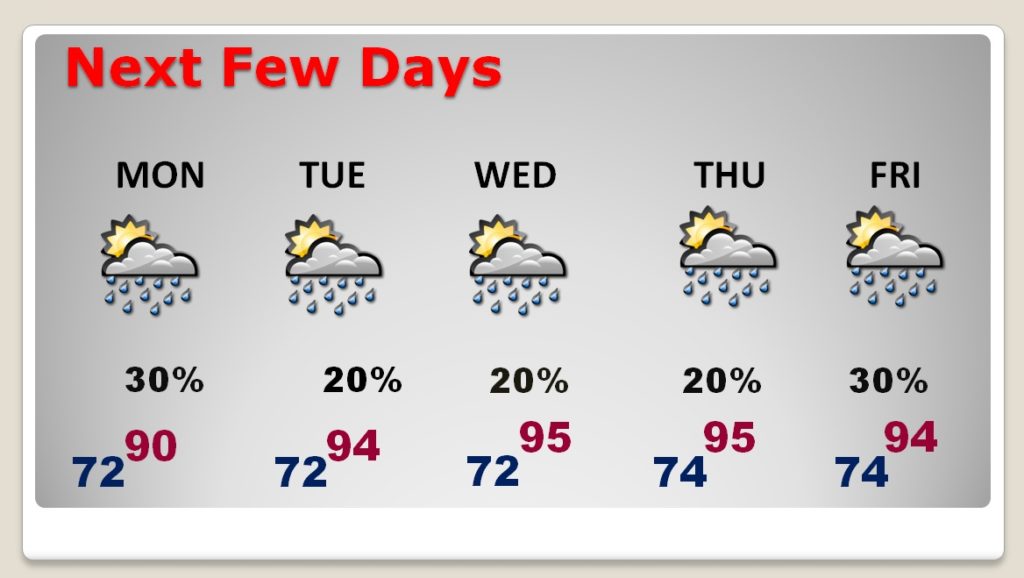 ELSEWHERE IN THE TROPICS:  Invest 93-L, which was out in the Tropical Atlantic, has fizzled.  Looks like the tropics will be quiet in the week ahead. 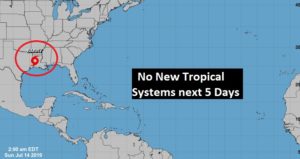 I’ll have a complete video update Monday morning, online by 4:45AM.  Have a nice Sunday.  I’ll see you in the morning.