Good morning!  Today will be rather routine.  But, the weekend gets a little more interesting, as a front approaches the state and enhances our rain chances.  Be flexible on your plans you could be dodging rain drops at times.  We need the rain.  Meanwhile, there’s more.  A couple of tropical entities near the US coastline need to be watched.  I’m particularly interested in a Gulf system which could be a player along the Gulf Coast. I’ll have the latest on the tropics.  And, could there be another rare summer front later next week?

Today is routine with a standard 30% chance of rain and another high in the mid 90’s. 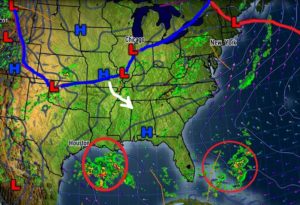 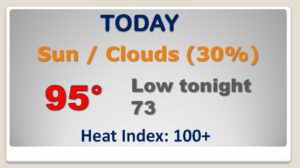 An approaching frontal system will be a player in the weekend forecast with enhanced rain chances, as the front enters the state and gets stuck somewhere in central and south Alabama. 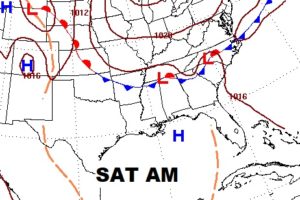 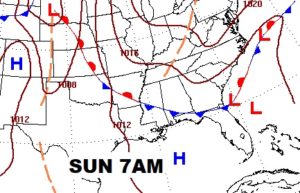 The National Hurricane Center is advertising an Area to Watch in the Bahamas which needs to be monitored over the next few days.  Chantal in the central Atlantic has been downgraded to a Tropical Depression. 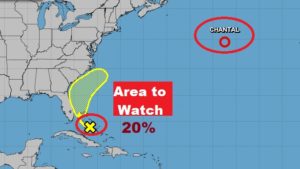 The EURO model says there’s a high probability that the system in the Bahamas could become a Tropical Depression over the next 3 days.  But, we also have our eyes on that NW Gulf entity which needs to be monitored.  It will eventually slide eastward along the central Gulf coast. 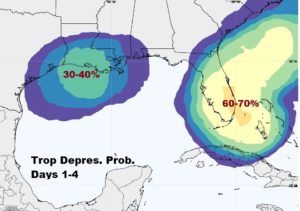