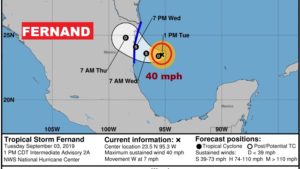 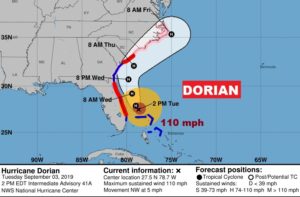 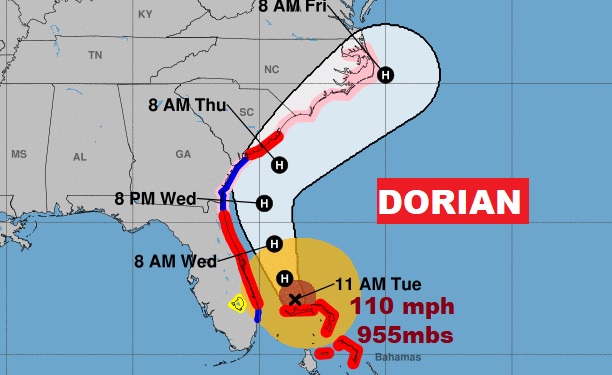 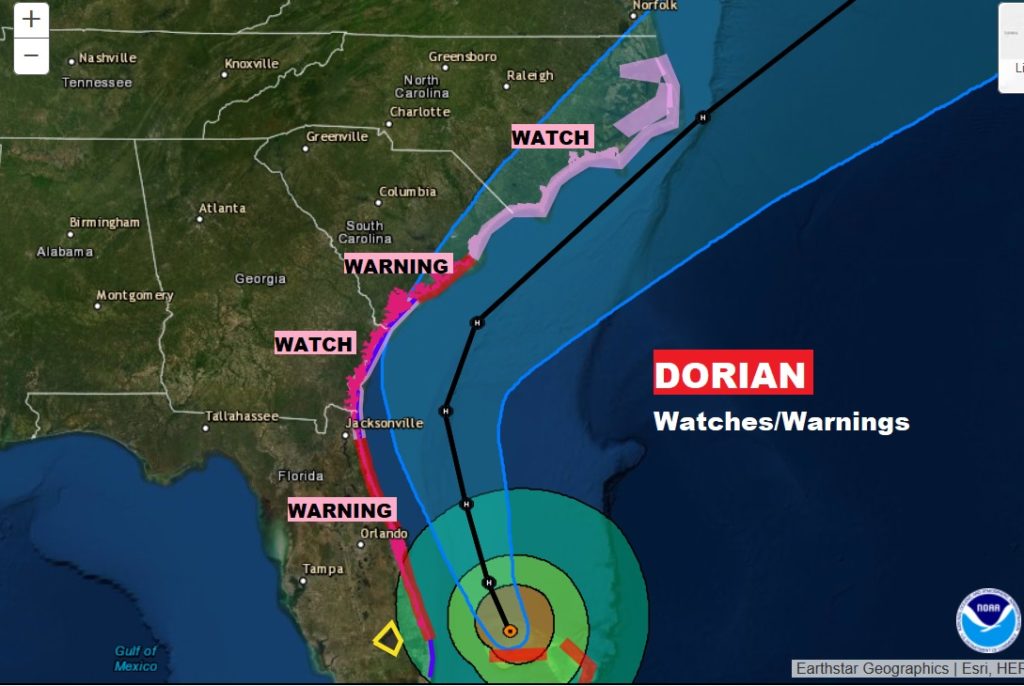 PTC 7 has now officially become Tropical Depression Seven in the southwest Gulf, 215 ENE of Tampico. Winds: 35 mph, moving west at 7. Expected to be a Tropical Storm by Wednesday. Next name on the list is Fernand. 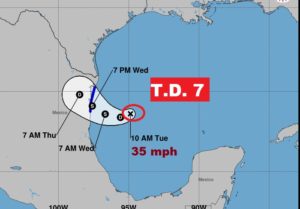 Good morning!  The news on Dorian has been absolutely horrific.  The human suffering in the Bahamas since Sunday is unimaginable.  Today, Dorian will move closer to the Florida coast, moving northward today & Wednesday and then will parallel the Georgia coast, and head for the Carolinas.  For us, we will be stuck in a HOT and dry pattern for several days.  Could we be near 100 by the weekend?  It’s not out of the question.   When will rain return to our forecast. And, back to the tropics…we could have a tropical depression or tropical storm in the Gulf later today. It’s very busy in the tropics.  I’ll cover it all in your Tuesday morning video briefing.

Two Systems..DORIAN off thew Florida coast and brand new PCT 7 in the Gulf.  HOT and Dry for us.  Heat index near 100. 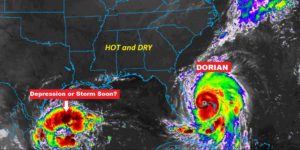 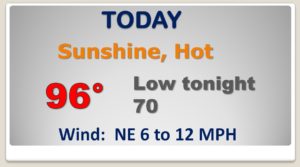 For us mainly HOT and DRY for several days. 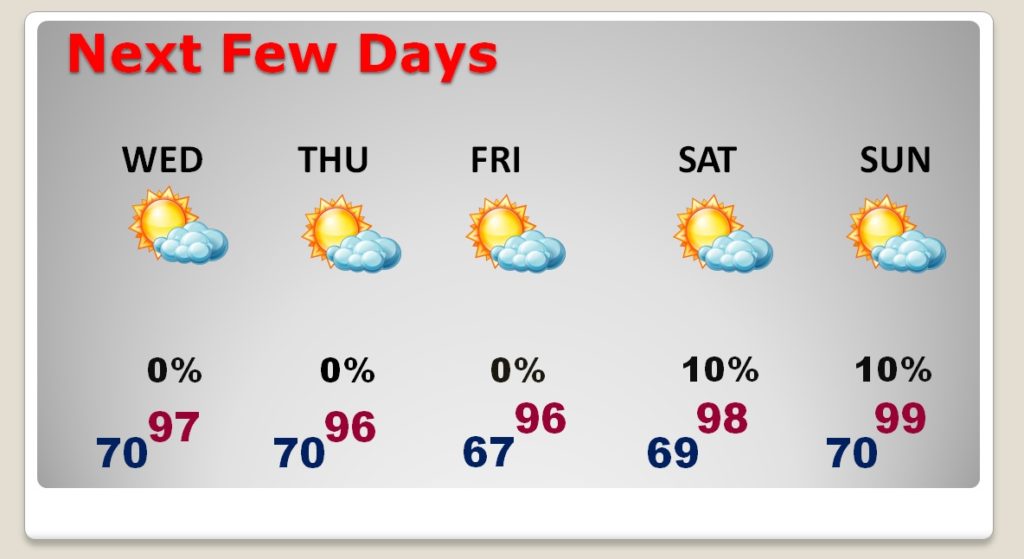 DORIAN still a Major Cat 3 Hurricane stationary over Grand Bahama Island, with winds of 120 mph.  Expected to begin mocing soon, and make the curve staying just off the Florida coast. 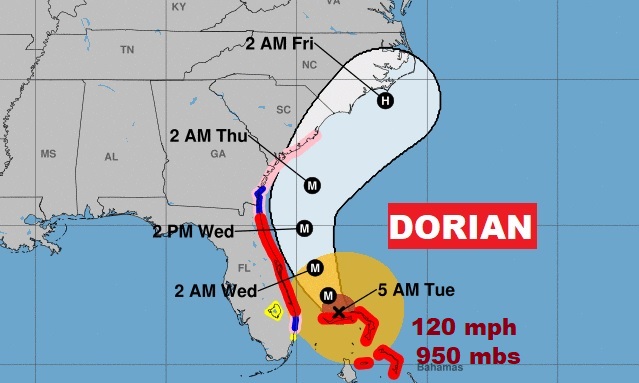 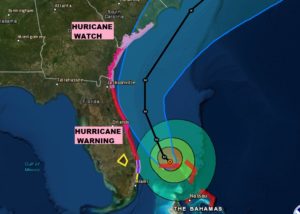 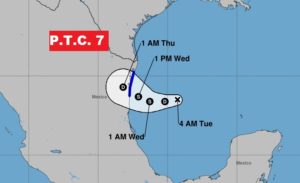 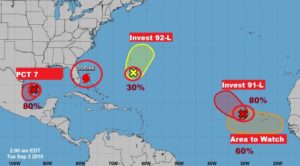 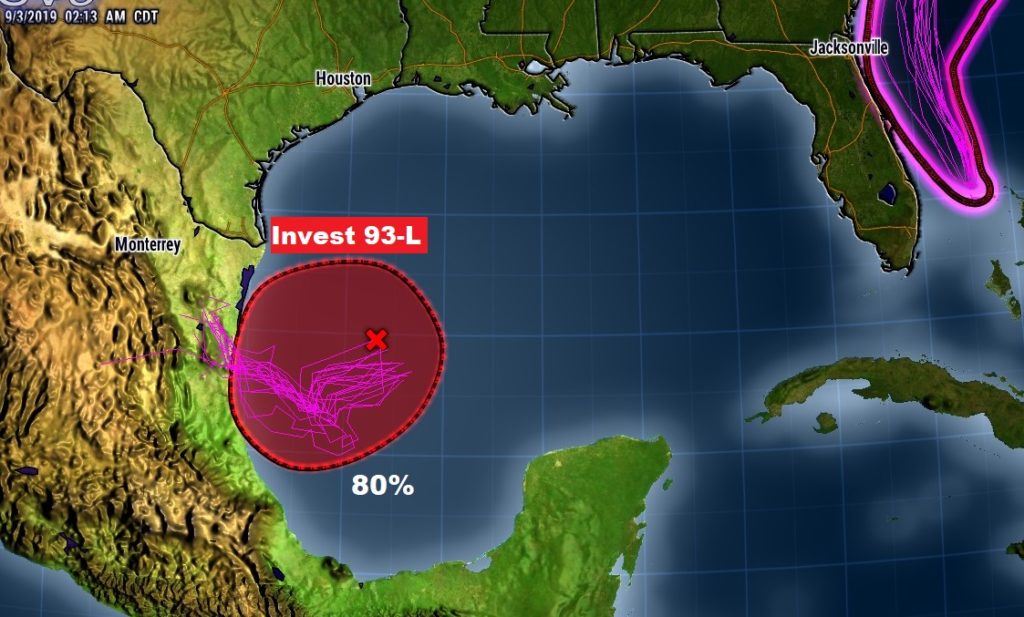