Good Morning!  Blazing Heat continues.  We had a near record 100° yesterday, and we’ll be in Record territory today and Wednesday.  How would you like some heat relief? Temperatures will be a little more tolerable by late week.   Meanwhile, could we be headed for all-time record dry September?  We’ll check the record book and the rain chances for the next several days.  Plus, I have an update on the tropics.

Still HOT…Still DRY today.  The big upper high is still in control.  Near record high.  We’ll at least be CLOSE. 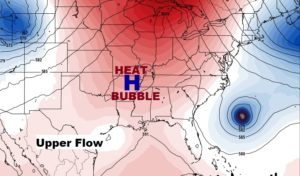 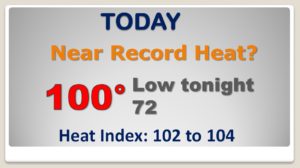 We’ll at least be in record high territory next two days.  Best chance of typing or breaking a record will come Wednesday.

Heat relief of Thursday will come in “the back door” sliding in from the Northeast US.  Highs should be about 10 degrees cooler.  Nights will feel NICE. 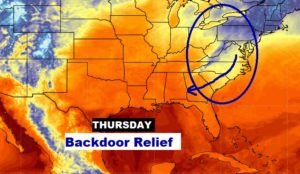 High temperatures should be much more tolerable by late week and into the weekend…and check out those morning lows in the 60’s Friday, Saturday and Sunday.  A nice change.  Still no rain. 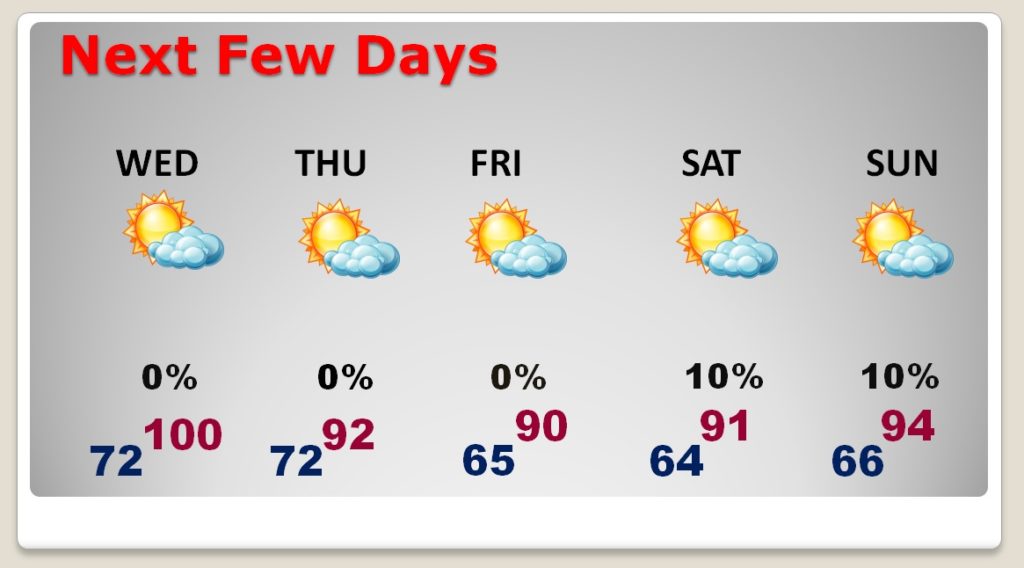 This is terrible news.  The Expected Rainfall for the next 7 days, shows little or no rain in Alabama. 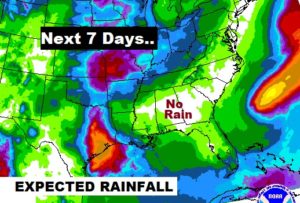 The Montgomery Airport official rainfall so far for September is  .05″.  The all-time driest is .12″ in 1923.  Rain prospect look terrible for the next 10 days.  Will this be the driest September, since records began in 1872?  Maybe…

Invest 98-L in the western Gulf could dump a foot and a half of rain on Texas.  Meanwhile, Hurricane Humberto is getting larger and stronger.  And, Invest 97-L is close to becoming a Depression or Tropical Storm Imelda. 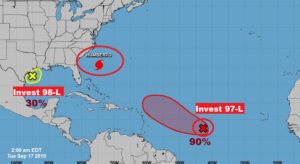 Here’s the Future Possible Tracks of Future Imelda, according to the GFS model.  LOOKS like it will make the big Atlantic curve.  We’ll wsatch it. 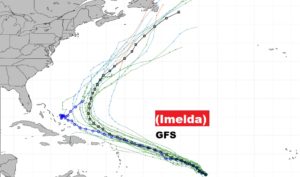