Our taste of “Nicer Air” is about to start fading away.   That nice easterly breeze will be much more subtle.  Even though Fall officially begins tomorrow, there are hotter days in our future this week.  There’s a good chance we will be in Record High territory Wednesday through Saturday. We could be re-writing record books.  Our best opportunity to see a shower or two looks like Tuesday & Wednesday, with a weak frontal system in our state.  Maybe a few isolated showers, along and south of the front.  Otherwise, Endless Summer continues and so does our drought. 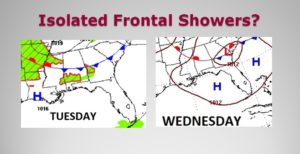 NEXT FEW DAYS:  Heating up.  Mid 90s Monday through Wednesday.  Upper 90s Thursday through Saturday.  Record high territory from Wednesday on.  Isolated showers are possible with that weak front on Tuesday and Wednesday, but as you can see below, I have the rain chance very small. 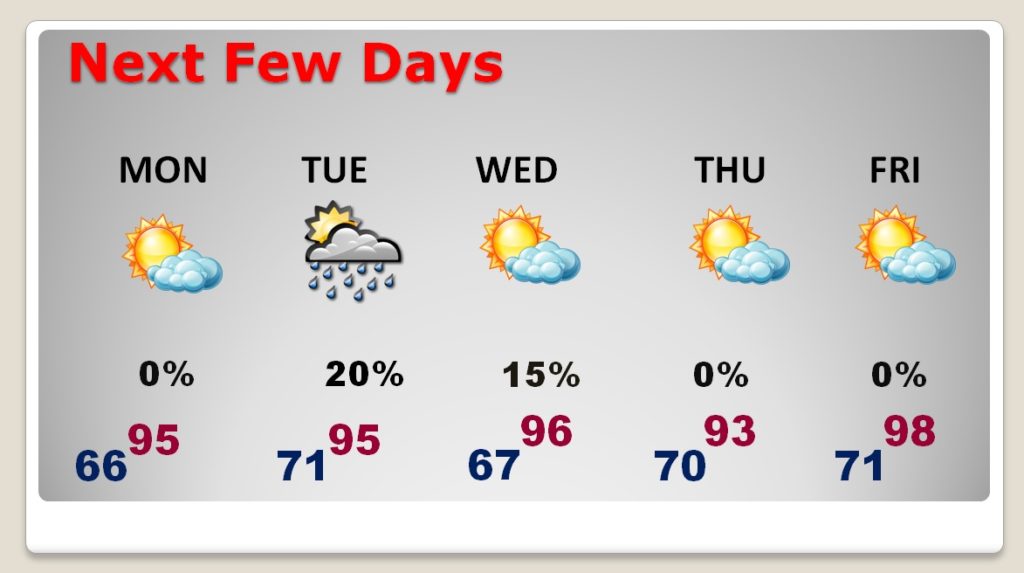 DROUGHT CONTINUES:  Except for the tiny rain chance on Tuesday and Wednesday, our rain prospects for the next 7 days in Alabama are terrible.  It’s been three weeks since the airport recorded any rainfall.  We appear to be headed for the driest September in Montgomery weather history. 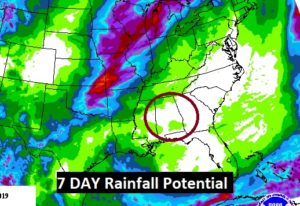 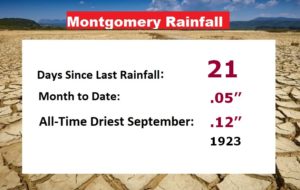 TROPICAL UPDATE:  We had a birth in the tropics at 4AM this morning, 100 miles east of Grenada in the Windward Islands.  Tropical storm Warning for some of the islands.  This system, is expected to take a hard right turn into the Atlantic over the next few days.  It will not threaten the United States.  Jerry is the other tropical storm.  It will also miss the U.S., as it curves into the open Atlantic.  Invest 90-L coming off Africa could become a Depression or Tropical Storm Lorenzo later toady. 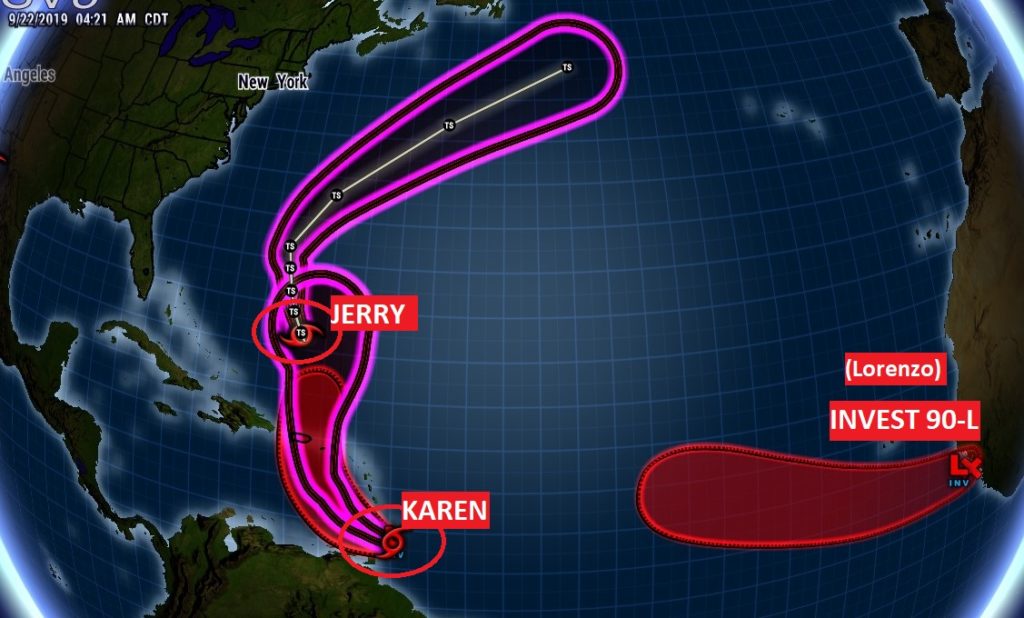 Farther down the road, I just thought I would give you a peak at this.  The Euro model advertises some potential mischief in the Gulf in about 10 days.  It has my attention. 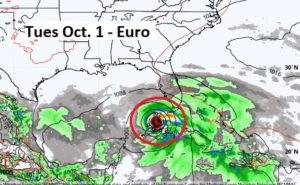 FALL BEGINS TOMORROW:  Today is the last day of Summer.  Fall officially begins in the pre-dawn hours of Monday, at 2:50AM CDT.  The Autumnal Equinox.  But summer heat will roll on and on.