Welcome to Fall!  Today may be the  Autumnal Equinox, but Endless Summer Rolls on and on.  There is a small spark of hope for some isolated showers tomorrow & Wednesday, with a weak front in the state.  But, sadly, there’s no widespread relief in the cards.  Meanwhile, the heat is building again.  Later this week, a series of record highs will be in jeopardy.  Will we get some relief from tropics eventually?    We’ll look into the rest of September and the start of October for tropical trends.

At the surface, we see a weak front which will arrive in Alabama tomorrow.  However, that front will get some resistance.  Another big upper level heat bubble is building. 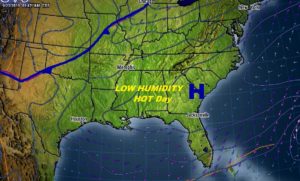 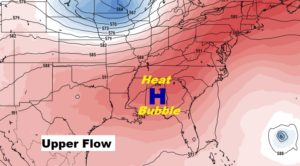 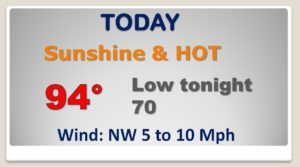 That weak front could spark off a couple of isolated shower or two somewhere in the state, but the chances of encountering one of these is small. 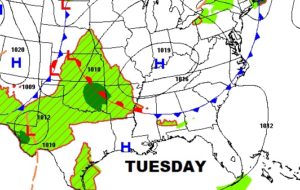 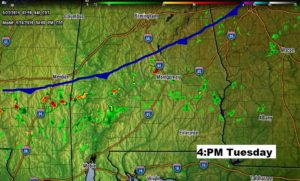 TINY rain chance for Tuesday & Wednesday.  But, the other big story is the building heat.  Record high territory later in the week. 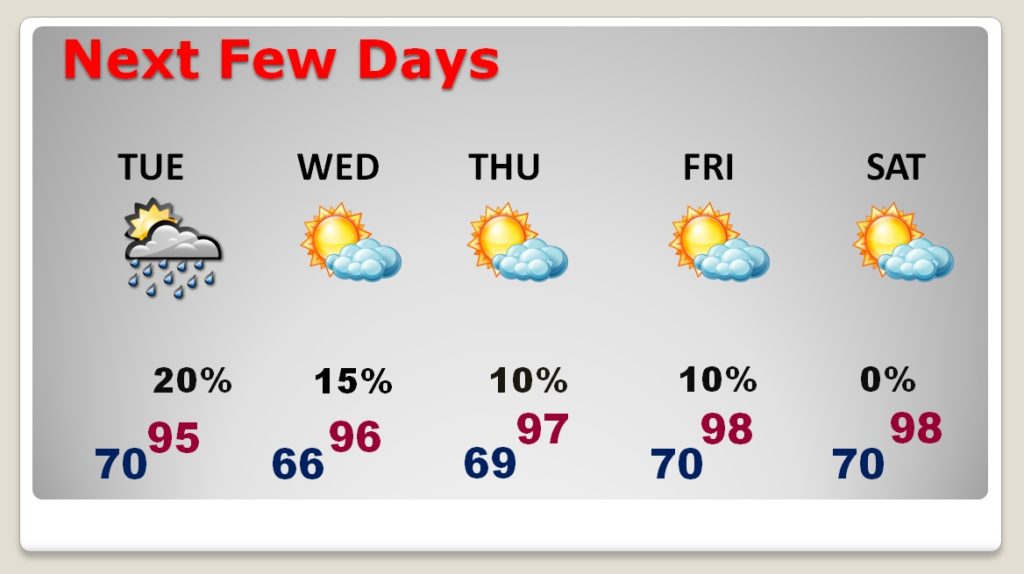 RECORD highs will be in jeopardy this week.  Meanwhile  the growing Drought continues to grow.  Twenty-two days since the last rain at the Montgomery Airport.  Headed for a September record. 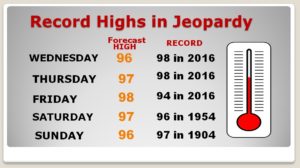 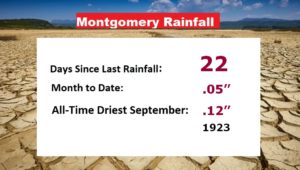 There are THREE players now in the Tropics..  Tropical Storms Jerry and Karen, and TD 13, soon to be tropical storm Lorenzo. 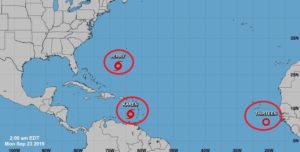 Jerry and Lorenzo will turn into the open Atlantic and not be a problem for  the United States.  Karen on the other hand…the jury is out on the future. 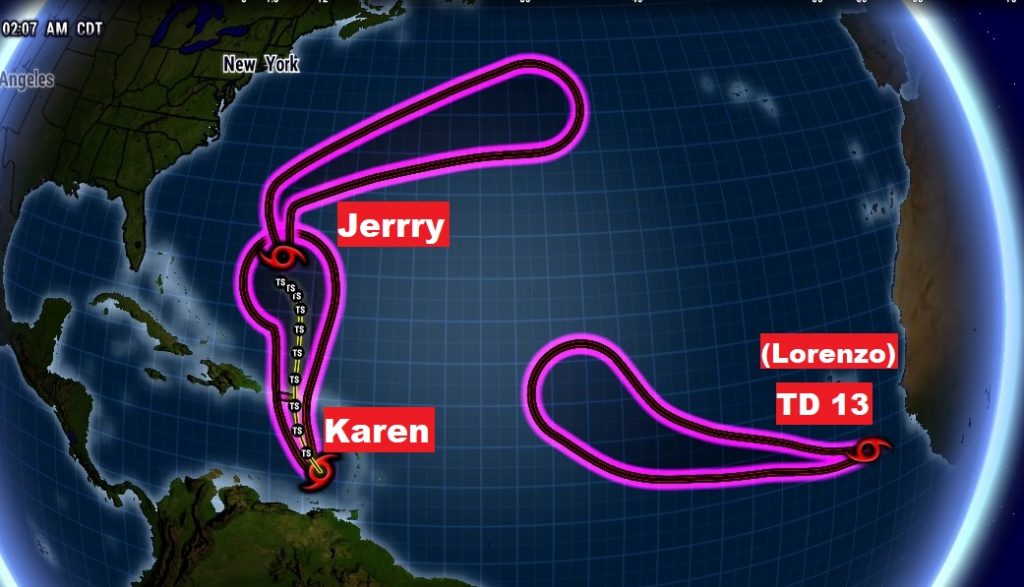 KAREN is barely a Tropical Storm affecting the Caribbean Islands this morning.  If it can survive the hostile environment of the next 48 hours, it has a potentially interesting future. 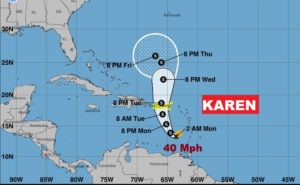 Both the GFS and EURO Ensembles,  show Karen possibly moving west toward the US and ultimately the Gulf  in several days.  Too early to say if that will happen, but it has our attention 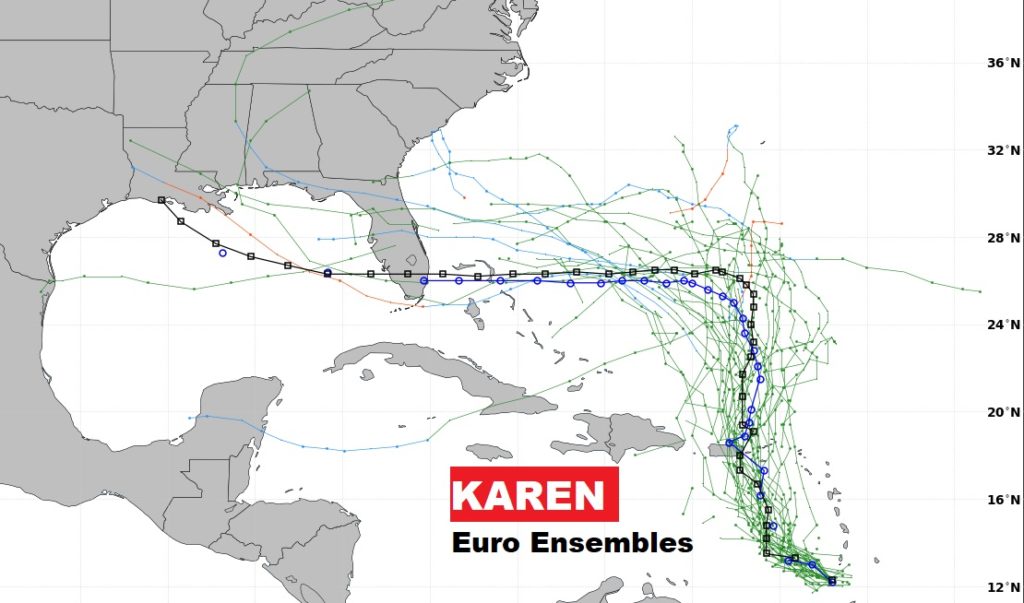