Hang on!  This is the last day of the Record Heat Streak.  We’ll be in the neighborhood of 100, again.  The weekend will still be too hot for October.  BUT, the big change we’ve been telling you about arrives early next week.  The Cool Front will lower the temperature several degrees.  It’ll be a nice change, but how much rain will the front have when it arrives here?  That’s a big question mark.  I’ll walk you through the details of the week ahead on your Friday morning weather briefing.

Today’s record of 97 will be easily broken.  Tenth day in a row.  There will be a few blips on the radar, but I have the rain chance at 20% or less. 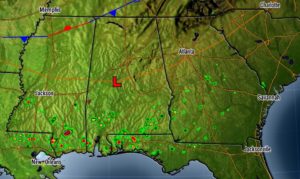 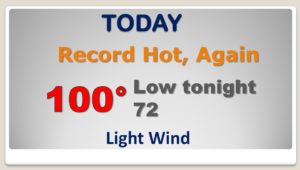 Weekend will still be TOO HOT, but not as hot as the last few days.  Spotty showers.  The front moves through on Monday, with hopefully some showers…then the much nicer air for Tuesday, Wednesday and beyond. 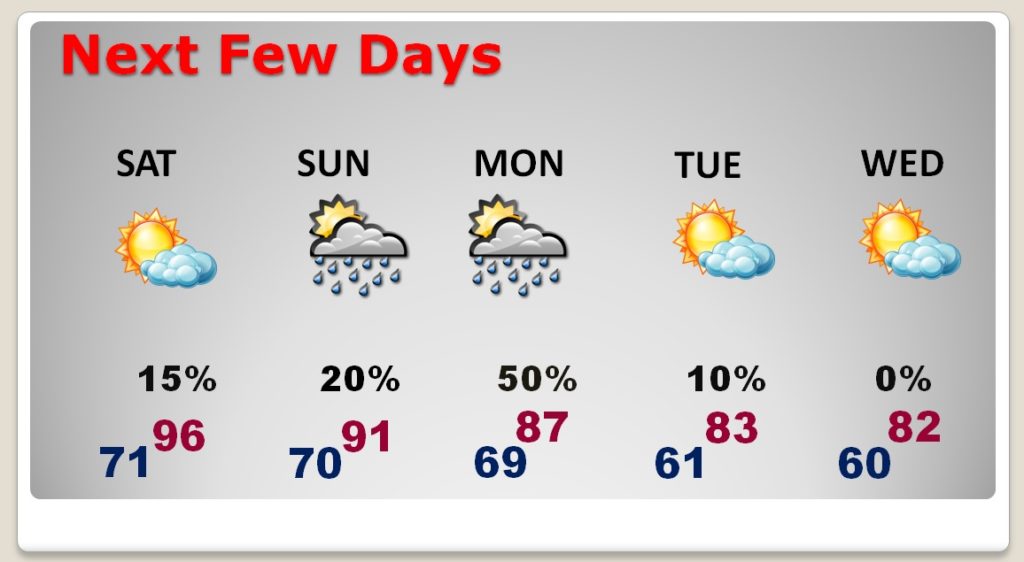 The Cool Front enters the state Monday and moves southward with a band of showers, followed by a Big Change behind the front.  Much cooler, comfortable air will follow. 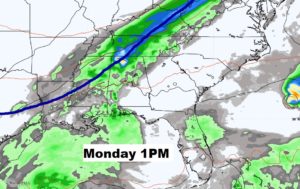 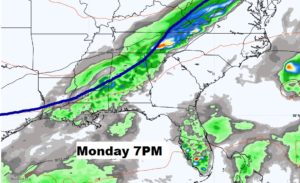 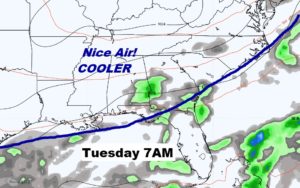 Will the showers hold together when the front reaches central and south Alabama.  The models are not too optimistic on potential rainfall totals. 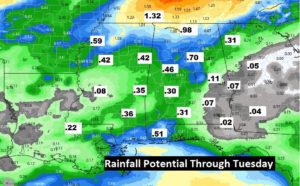