What’s wrong with this picture?  On the first day of the Alabama National Fair yesterday, we had a high of 101, on October the 4th!  There were some spotty showers around, and again today and tomorrow, widely scattered showers and thunderstorms will be around for some very lucky communities.  But all-eyes are on that Monday Cool Frontal arrival in our state.  I’m a little more optimistic about the rain chance.  Much cooler air to take over, behind the front.  Highs in the 80’s.  Low in the low to mid 60’s.  It will be a nice change, and it’s coming soon.  Hang on!

Here’s the front at 7AM Monday morning.  Showers ahead of the front, cooler air behind it for Tuesday. 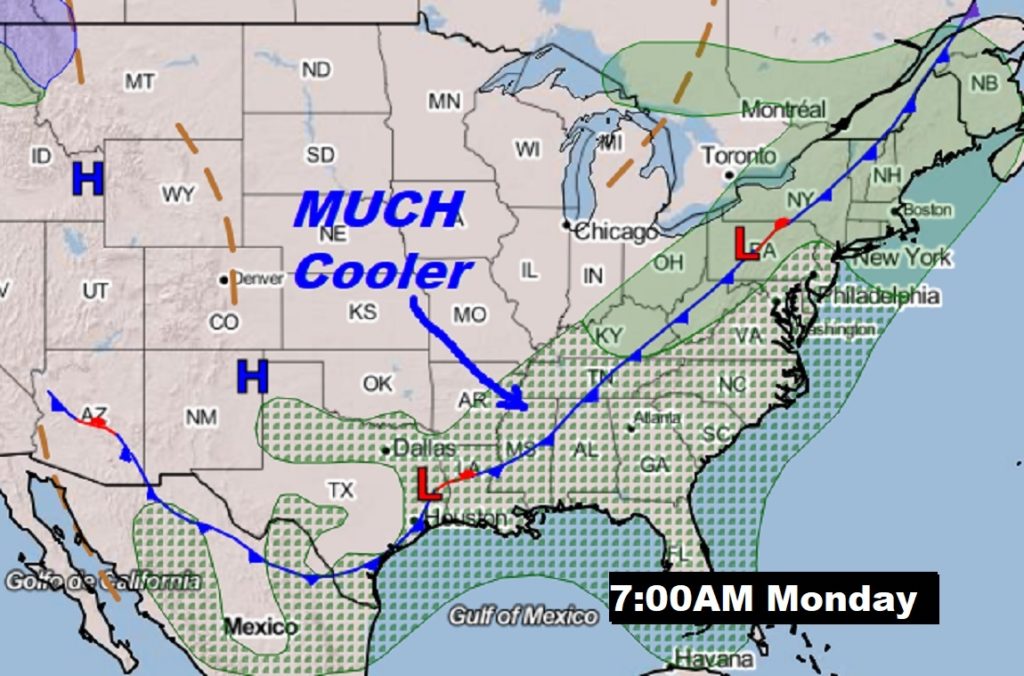 TODAY:   A stationary front is stretched across central Alabama.  Like yesterday, that front will act as the focus for a few widely scattered showers and thunderstorms.  Good luck!  (A couple storms could be strong, with gusty winds)   Most towns will stay bone dry.  Not quite as hot today.  High near 96.  Low tonight 71. Best chance of showers would be between 1PM and 7PM.  Good luck!

Here’s a Future Radar snapshot at 3PM.  This model may be just a tad too generous. 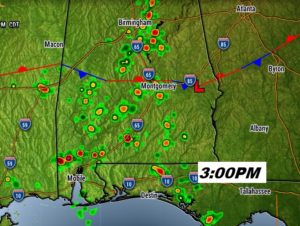 NEXT FEW DAYS:  Same thing Sunday.  Widely scattered showers and storms for the lucky.   Not quite as hot.  We’ll knock off another 5 degrees off the high. High near 90.  Monday is the day of transition.  Scattered showers and thunderstorms ahead of the front.  Hopefully, widespread showers.  There could be a  couple of leftover showers Tuesday in east Alabama along that weakening front.  In general, though, much better air will follow the front.  Highs next week in the 80’s.  Lows in the 60’s.  A nice change, after 10 days of record highs. 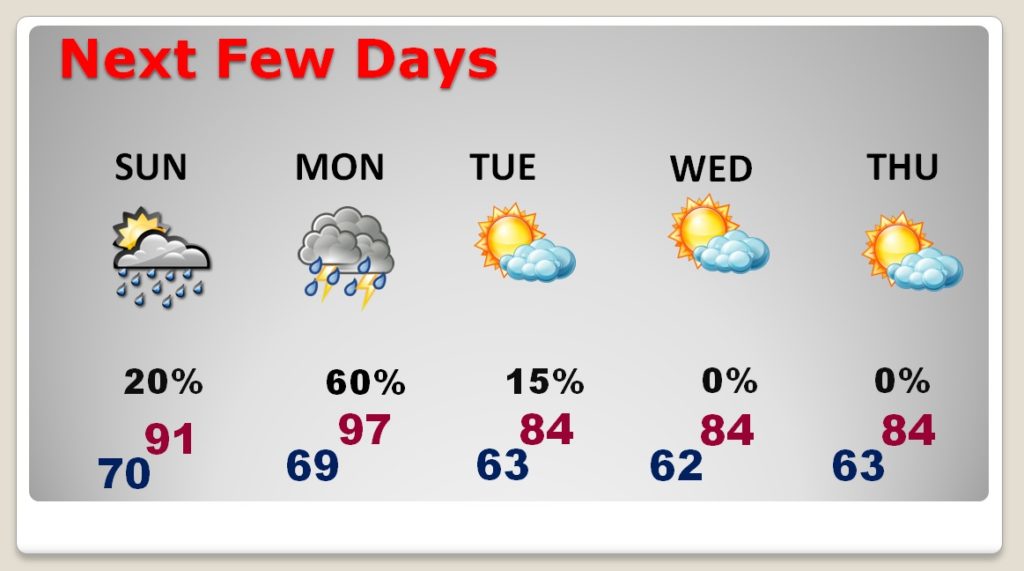 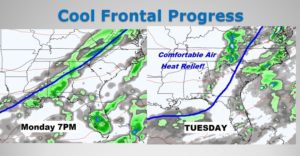 The models are now a little more generous on the potential rainfall amounts.  Keep your fingers crossed. 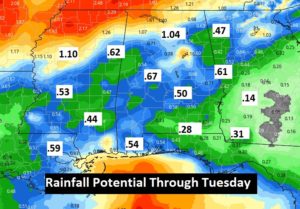 LONGER RANGE:   The pattern is starting to get more active.  Looks like another round of showers by next Friday ahead of another cool front.  That front will likely deliver the BEST air YET.  Perhaps much cooler by next weekend, October 12/13. 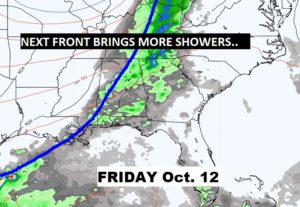 RECORD HIGH STRING OVER:  We ended that awful Record Streak yesterday …on Day 10 of the back to back Record Highs.  We also set a new all-time record high for the month of October with 102.  In modern history, the other streak which compares would be an 11 day streak in August of 2007.

TROPICAL UPDATE:  The tropics are amazingly quiet right now.  There are a number of Tropical Waves we are tracking in the Gulf, Caribbean and the Atlantic, but so far they are behaving. 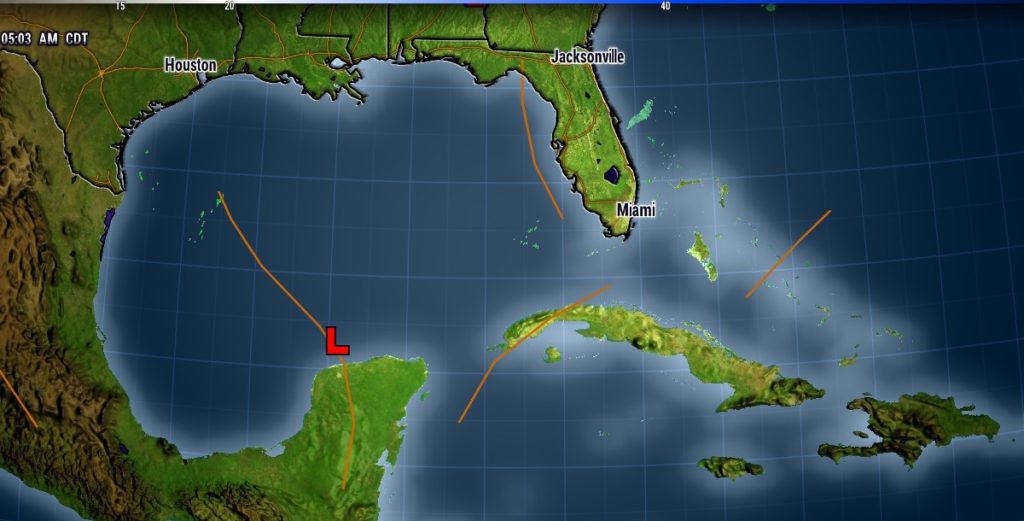 I have Fair Duty today from 12 to 2 at the Alabama National Fair, After that I’ll be watching Football on the couch under the air conditioner.

I will have another Blog update tomorrow morning.  Have a nice weekend!