Good morning… on a chilly Sunday morning!  Early this morning, clouds are hanging tough across the eastern half of the state.  The clouds will slowly erode later.  Clearing will be a gradual process.  Most areas will be Mostly Sunny later.

TODAY:  Cloudy this morning.  Clearing will be a gradual process.  Most areas will be Mostly Sunny by lets say late morning or early afternoon.  Cool today…high 58.  Clear and cold tonight.  Low 36.

NEXT FEW DAYS:  The focus will be that storm system moving through Tuesday night into Wednesday morning (Thanksgiving Eve).   Showers and thunderstorms.  Right now, it does not appear to be severe, but that’s subject to revision.  Storms clearing out by lunchtime Wednesday. 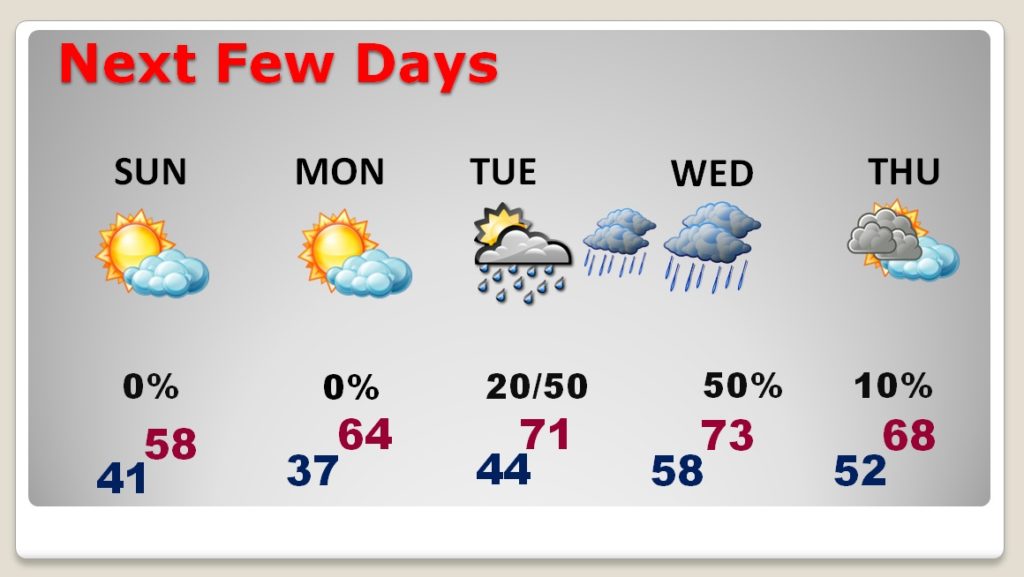 THANKSGIVING:  I’m a little more optimistic.  Should be a nice day and very close to normal.  Morning low 48.  Afternoon high 66.  Partly to mostly sunny and dry. 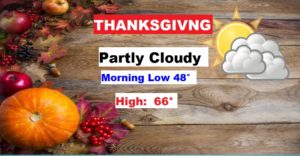 ATTENTION TRAVELERS:  A series of storm systems swinging through the country this week could have a ripple effect for air travel.  It only takes one storm system to gum up the works.  Be aware that airport travel delays are certainly possible at many key hubs.  Be patient. 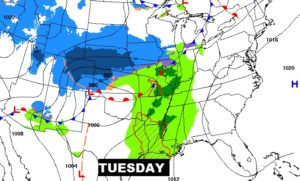 IRON BOWL SATURDAY:  It’s a little early to pin down a good forecast.  Right now I’m leaning toward a risk of showers during the game.  Highs low to mid 70’s  Perhaps a round of Strong Storms Saturday night into Sunday.  This system needs to be watched.  More on Iron Bowl specifics later in the week. Hard to believe the season is almost over.