HAPPY NEW YEAR!   Welcome to 2020…  Beautiful weather is on the menu today.  We are near freezing this morning, but bright sun will make for  comfortable day.  (Normal High 57, normal low 36).

Big changes are on the way. A Gulf storm system will bring drenching rain to Alabama tomorrow, tomorrow night and Friday.  Some parts of our state will see excessive rainfall.

TODAY & TONIGHT:  Sunshine will dominate.  We’re starting near the Freeze Mark at Dawn, but we will warm to the upper 50s to near 60.  High clouds will increase later in the day.  Cloudy tonight.  Chance of rain after about 3AM.

How much rain?  It depends where you live in the state.  Check out this map. Over the southeast third of the state, 1” or more is possible.  Over central Alabama the rainfall amounts accelerate quickly.  Northwest Alabama could see more than 4” in spots.  A drencher! 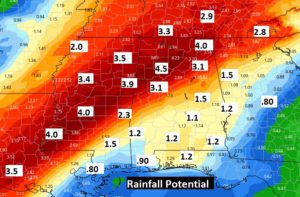 According to the Storm Prediction Center, the Marginal Severe Risk will be closer to the Gulf coast.  They have trimmed back the risk area for late Thursday and Thursday night.  Damaging wind gusts are the main threat, and maybe a brief tornado.  All of this depends on the exact track of the Gulf low, so this could be adjusted. 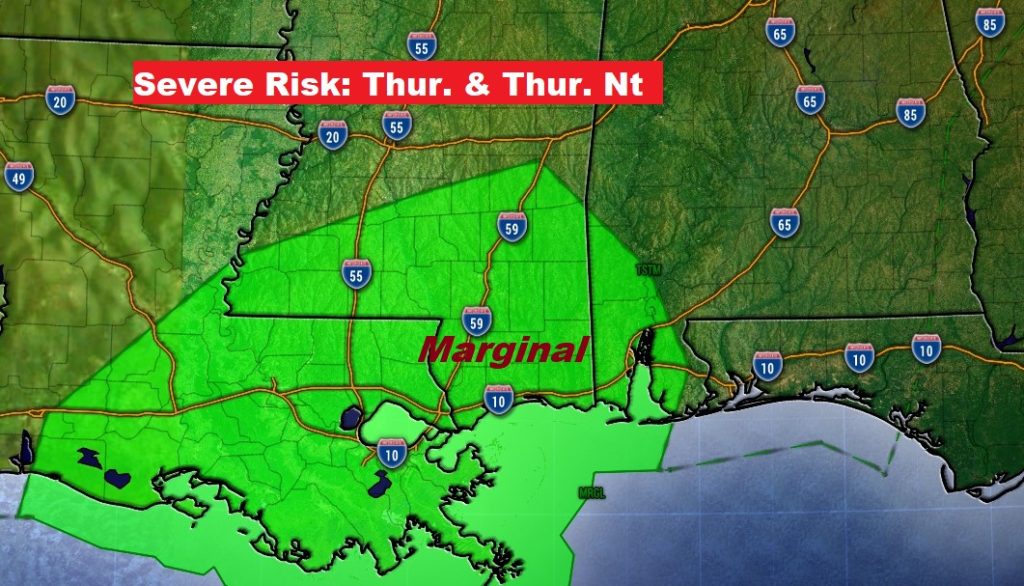 NEXT FEW DAYS:  Much colder air follows the storm system.  Saturday will be breezy and cold.  That high in the low 50’s will seem much colder due to the wind.  By Sunday morning, wind chill readings in the 20’s will extend all the way down to the Florida border. The Big Chill won’t last long.  We’ll warm back to the low 60’s by Monday. 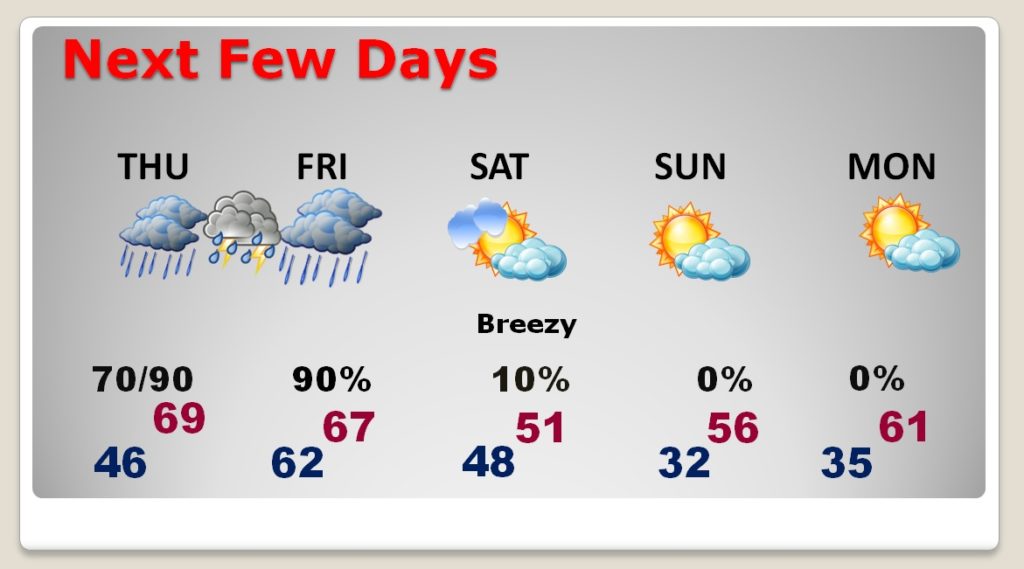 I hope you and your family have a very Happy New Year.  Enjoy the bowl games today!  Bailey and I are just going to chill.  I’m going to fire up the grill and cook a steak.  I’ve had my share of turkey, ham and chicken over the holidays.  BEEF!  J  Bailey is walking slow, but seems to be in relatively good spirits…with an appetite, and an occasional smile.

I plan to have a video for you first thing in the morning. I’ll update you on this storm system on the way.   It should be online by 4:45AM.