Good Morning!  Get ready for the first storm system of 2020.   A storm system moving out of the Gulf will sweep across the Alabama and the Southeast today, tonight & Friday.  Some parts of our state could see some excessive rainfall.  Other parts could see some strong thunderstorms.  On this video, will look at the timeline and I’ll show what areas could see the most rainfall.  Plus, we’ll look ahead to some much colder air for the first weekend of the New Year.  Is there any Arctic air on the horizon?

Low pressure near Lake Charles this morning, will move to north central MS by evening, dragging a warm front northward.  We will be in the warm air sector.  Showers and thunderstorms appear likely, especially by later today and tonight. 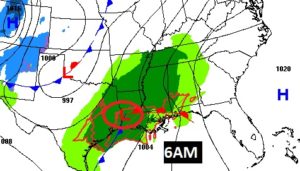 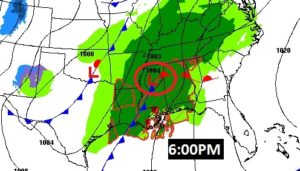 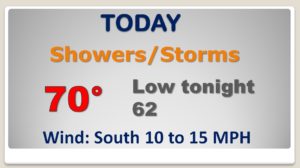 The Storm Prediction Center has a Marginal Severe Risk for the western part of the state now.  This threat area could be expanded later.  The main risk hours would be 1 to 9PM.  Damaging wind gusts and brief tornadoes are possible. 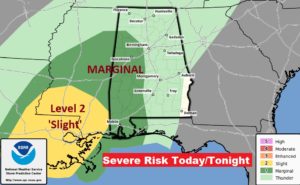 The risk of rain and maybe some thunderstorms continues Friday.  TWO Cold Front move through the state.  The second front has much colder air..which will be in place for Saturday. 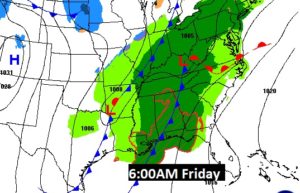 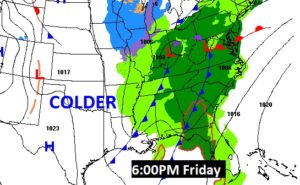 Parts of west and north Alabama could see excessive rain totals.  Flash Flood Watch is in effect.  Much lesser amounts across southeast Alabama. 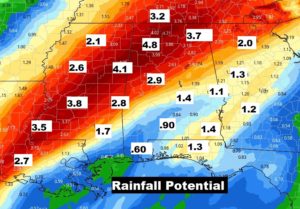 Saturday will be  Windy, Raw winter’s day.  The high in the low 50’s will seem much colder.  Sub-freezing Sunday morning with wind chills in the 20’s.   Little warmer Monday.  Chance of showers Tuesday. 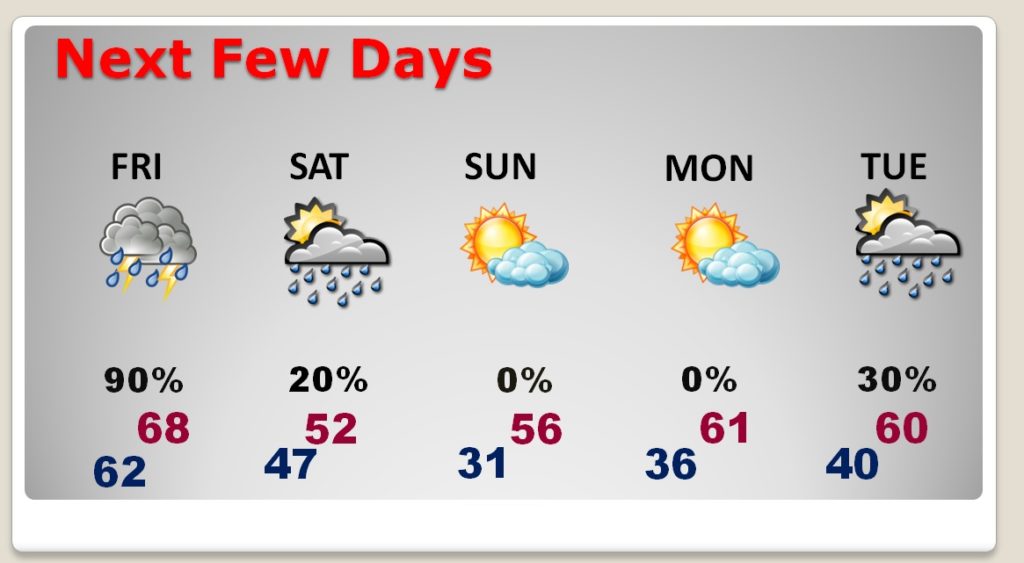