Very cold Arctic Air is funneling into Alabama this morning, on gusty north and northwest wind.  After a week that featured highs in the 70’s,  temperature will hover in the 40’s for highs today, Monday and Tuesday.  Nights will fall to the 20’s, perhaps the low 20’s by Tuesday and Wednesday morning.  Wind chill will be a big factor.  Coats, hats, gloves will be needed.  Temperatures will recover Thursday and Friday as the next storm system approaches, and rain returns.

Here’s the set-up early this morning.  The cold front has made it to the coast.  Showers are exiting extreme southeast Alabama. 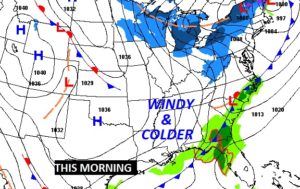 TODAY & TONIGHT:   Temperatures will hover in the 40’s today.   Northwest wind at 12 to 22 mph will gust above 25 mph at times.  Cloudy this morning, gradual clearing by this afternoon.  Tonight will also be breezy. Clear & cold.  Low in the upper 20’s. 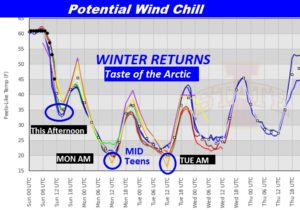 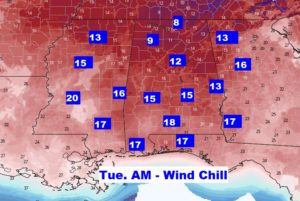 NEXT FEW DAYS:  MLK Day Monday will be a raw winter’s day.  High in the mid 40’s.  Sunshine & breezy.  Tuesday’s high will be similar.  Coldest mornings will be Tuesday & Wednesday morning.  Potential lows 23-25, but a few towns will go lower.  Thursday’s high of 57 in near average.  Clouds increase.  Showers likely Thursday night & Friday.  This does not look like a severe weather situation. 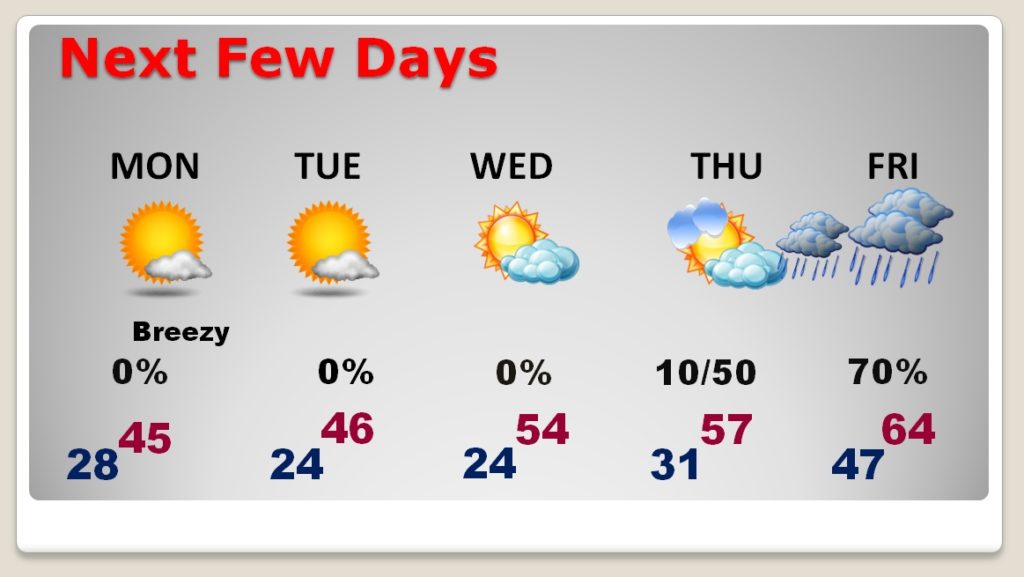 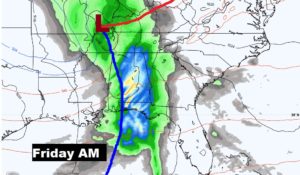 WETUMPKA TORNADO:  One year ago today, it was a Saturday.  Shortly before 3PM, a very pronounced tornado couplet signature showed up on the radar velocity scan.  A tornado warning was issued and tornado sirens sounded in  Wetumpka. 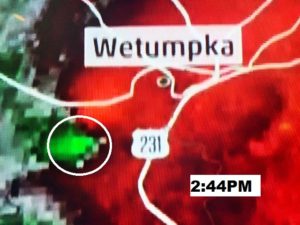 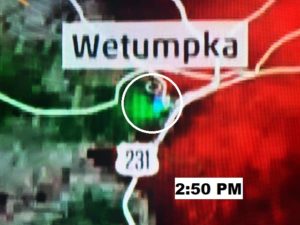 It was 2:52 PM, when the tornado tore through the downtown and the historic district, causing significant damage.  It was rated a strong EF-2 tornado.  Miraculously, nobody was killed. Four people were injured. 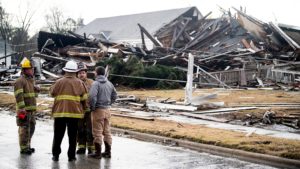 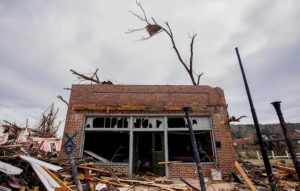 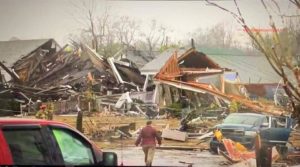 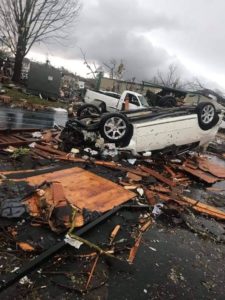 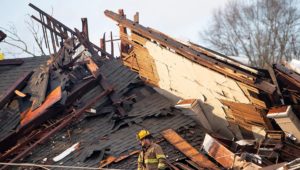 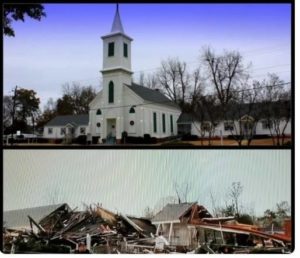 After the Tornado passed through Downtown it crossed the Coosa River and Hwy. 231, then continued northeast with winds at 100 mph.

There were 5 tornadoes in central and west Alabama that day.  It was the start of a very busy tornado year, in Alabama, with 81 touchdowns across the state.

I will have a video update for you first thing tomorrow morning. It should be online by 4:45 AM.  Have a great Sunday!  Stay warm.. I have a cozy warm fire going, with my dog Bailey by my side.  She had a good day yesterday.  We’re hoping for a good day today, too.