Good morning! Rain on the radar early this morning, will exit the area early. Look for a grey, drizzly start to the day, with a big improvement later. A series of disturbances will brush by the state this week, just like the one last night. On this video, I will break down the details. Which days will be nice, and which days are potentially wet. I’ll look ahead to kind of a 50/50 weekend. One day will be better than the other. And, peek at the horizon. When will cold air return?

That low in the northern Gulf is just brushing by the area this morning.  Drizzle and foggy areas early will give way to big improvements later in the day.  Mild.  High near 60.  Chilly tonight. 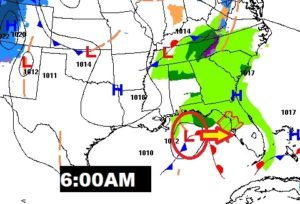 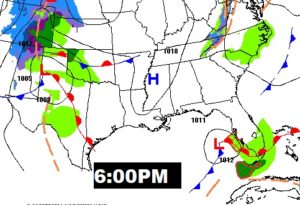 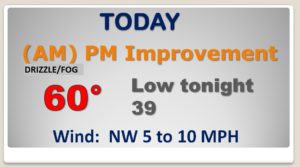 There will be a series of these disturbances effecting the state this week.  The next one at mid week. Then, one more at the end of the week. 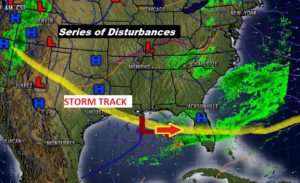 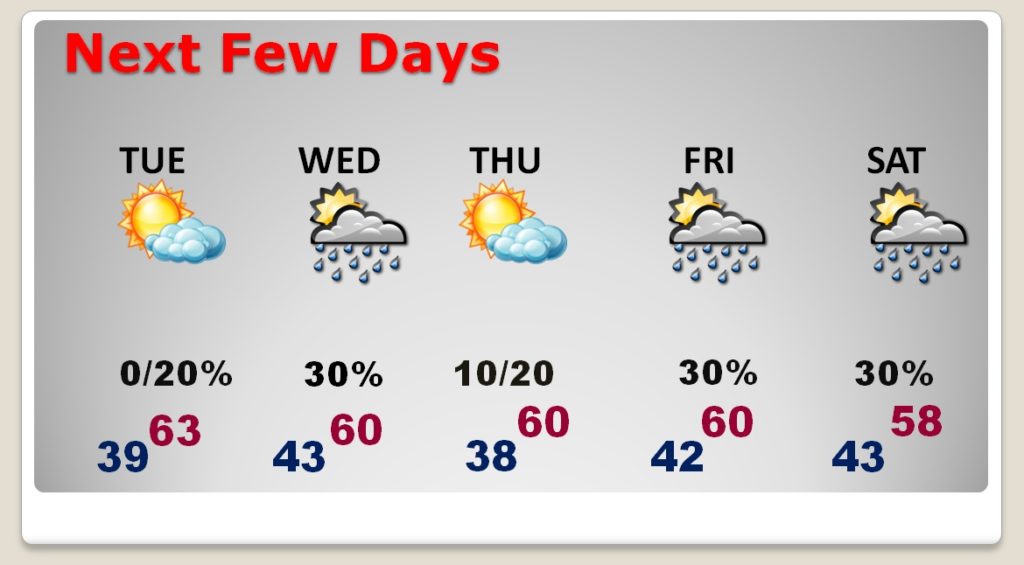 The BEST news … I don’t see any clear cut signs of arctic air in the next two weeks.