Good morning!  Dense Fog Advisory this morning.  Be prepared to leave extra early for your morning commute.  But…Sunshine will be back with us later.  We should see a nice day.  Another disturbance brings a round of showers by tomorrow, though.  And, perhaps at the end of the week.  I have new details about some weekend improvements.  And, get ready for wild temperature ride during the first few days of February.  I have some interesting things to tell you about next week…the first week of February.  It includes a big Temperature Drop, but there’s more.. 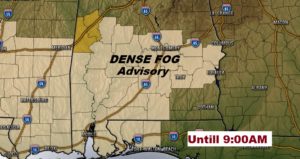 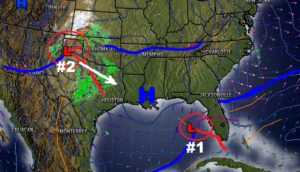 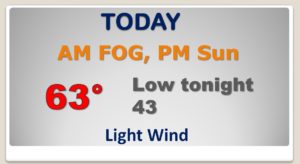 Two storm systems brush by the area with scattered showers over the next 3 days. 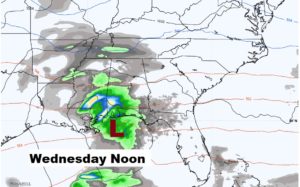 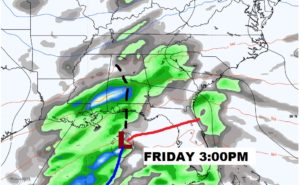 The weekend is looking better and better.  Looks dry.  Warming trend begins.  Sunday is my “pick of the litter” BEST day.  Low to mid 60’s.   Even warmer Monday… 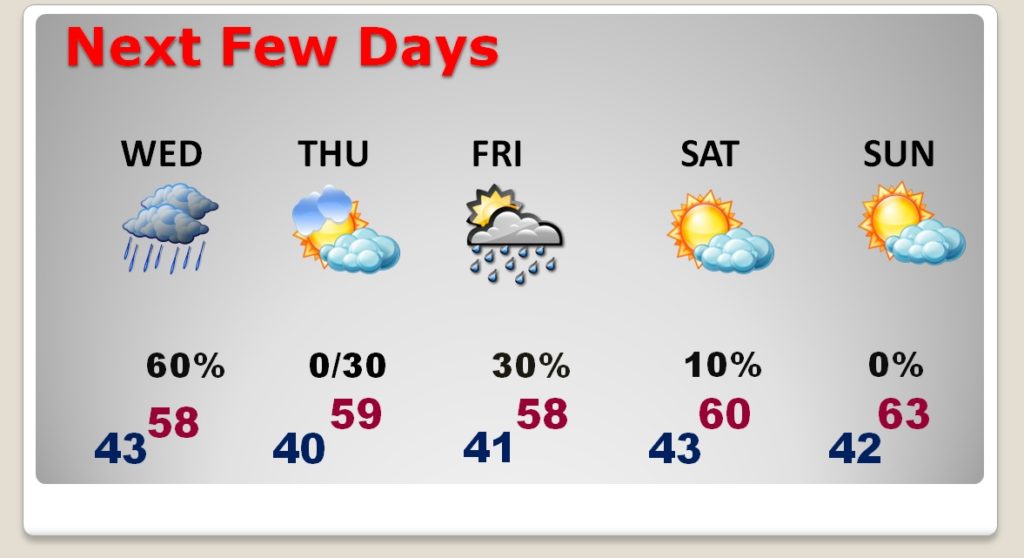 How about temperatures like this on the 3rd of February.  Here’s the potential highs for next Monday, followed by an important Cold Front on Tuesday the 4th. 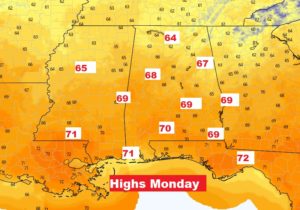 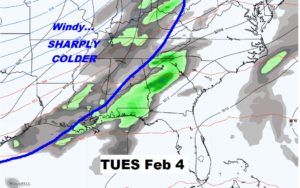 The models are hinting on a BIG Temperature plunge by the middle of next week. 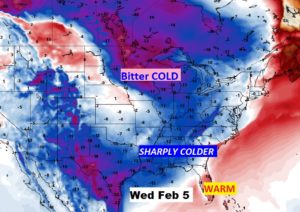