Good Morning!   A frontal system is moving through our state today.  There is a weakening band of showers ahead of the front.  Some towns won’t get a drop.  A few towns will get some brief showers.  It’s just slightly cooler behind this front.

What has my attention, right now, is a storm system on Tuesday that could bring Severe Weather to a big chunk of our state.  More on that below.

Then, are you ready for some much cooler air?  By the middle of the week we could see some upper 60’s for highs and 40’s at night.  After the record highs of the last few days, that’s quite a change!

NEXT FEW DAYS:   The next big deal will be that Tuesday storm system with strong to severe storms.  Behind that, what a change…   Much cooler air.  Wednesday’s high may fall short of 70°.  A couple of nights will be in the 40’s!   After we’ve been spoiled for several days…that’s quite a change.  While 47 seems chilly, that’s the actual normal for this time of year. 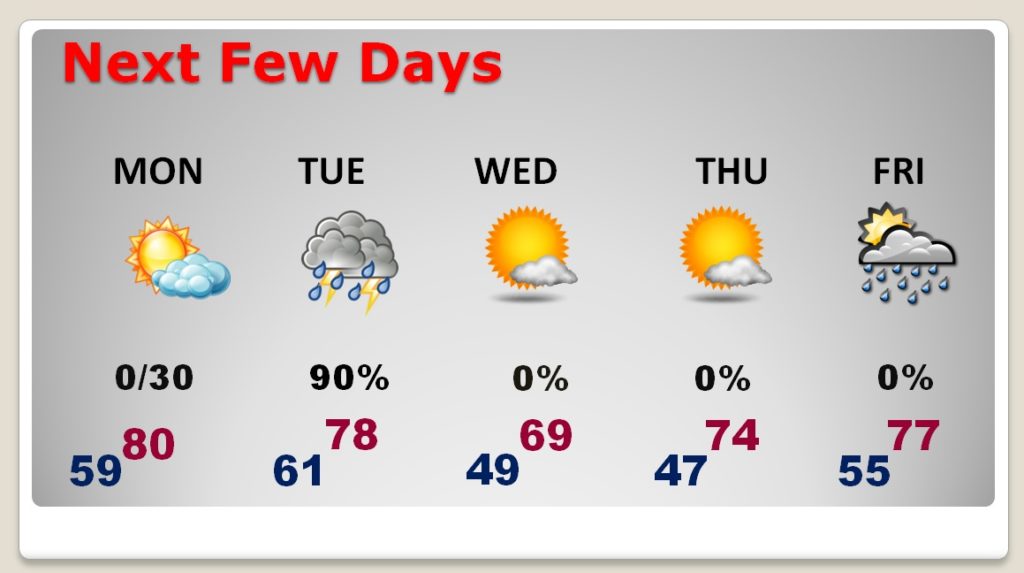 SEVERE WEATHER THREAT TUESDAY:  ‘Tis the season for severe weather.  On Tuesday, a storm system will track across the Gulf States.  A warm front will lift northward to about Montgomery, roughly.  Along and south of that front, strong to severe storms are possible.  The main risk would be thunderstorms with damaging wind gusts, but a few tornadoes can’t be ruled out.  It’s early to nail down a time frame, but perhaps the greatest threat would be in a relative small window from late morning through maybe mid afternoon.  We’ll know more about that tomorrow, on my next video update.  Stay tuned.

POLLEN FORECAST:  Still crazy high numbers on the pollen count for most of the week ahead. 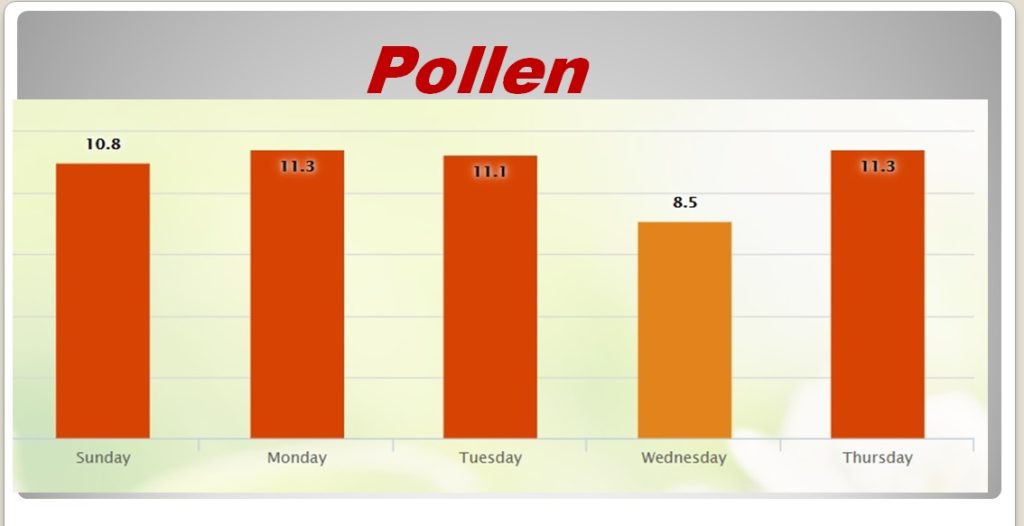 Stay safe and well!!  I don’t know about you, but I’ve been taking  a lot of long walks, on these nice days.  So far I haven’t gained any weight from home confinement. J  Hope everything is well at your house.

I will have a complete video update for you first thing tomorrow morning. It should be online by about 4:45AM.   Have a nice day!