Before we talk about the future weather,  on this Blog Update, lets briefly look back at the latest Sunday storm system which brought such massive amounts of wind damage to our state, across multiple counties.

Well over a million people –  (1.5 Million)  are without power this morning, following two rounds of severe weather Sunday. 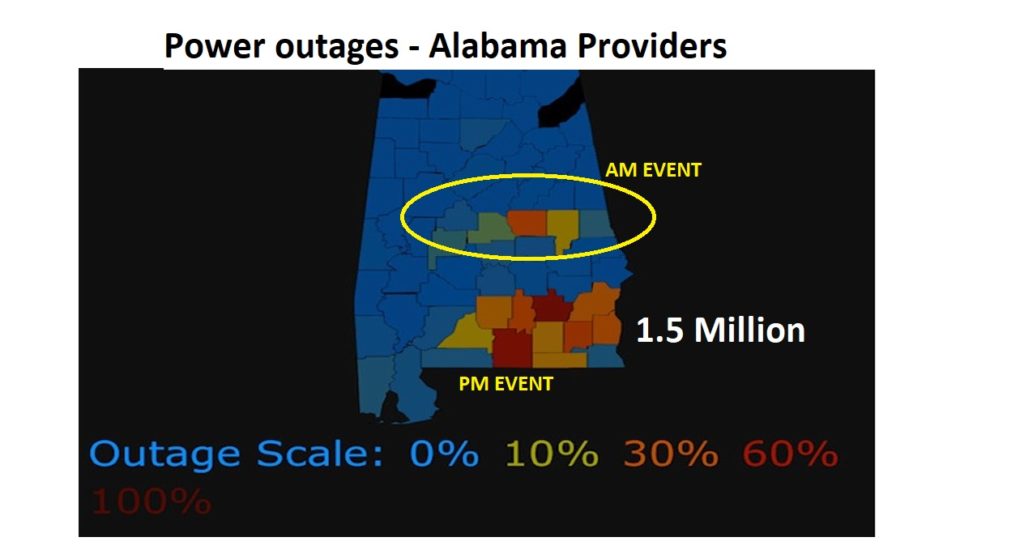 The first wave was across Central Alabama early Sunday morning.  A line of storms swept eastward through Chilton county eastward through Coosa, Tallapoosa to Chambers county.  Thousands of trees down.  Massive building damage.  Widespread power out.

The nighttime wave of storms brought a powerful line of thunderstorms with incredible straight-line winds, and embedded tornadoes across a multi-county area from Crenshaw to Covington east to the Georgia border.  It will be interesting to see the damage at first light this morning.  Pike and Coffee counties were apparently two of the hardest hit areas. 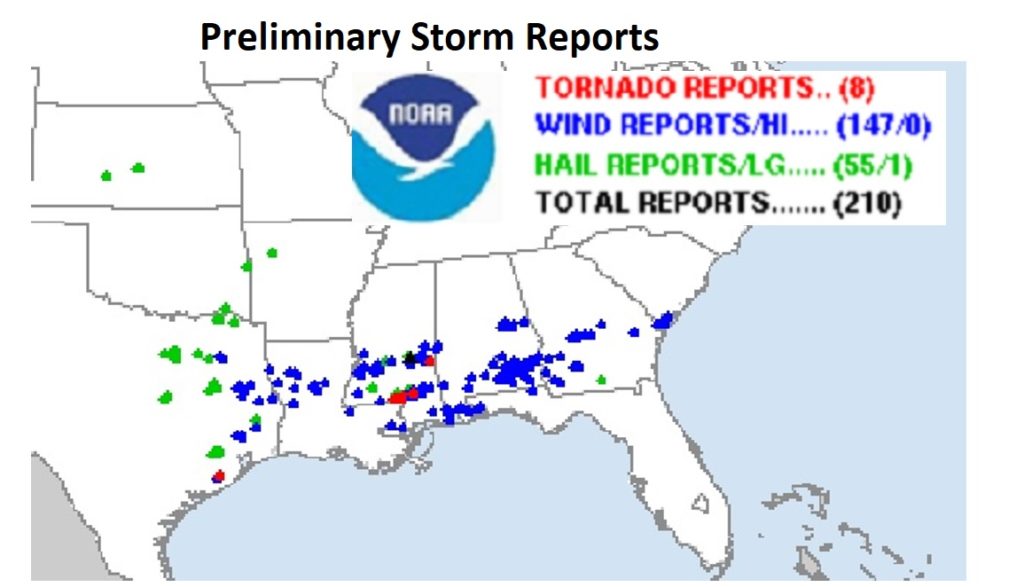 Rainfall was excessive to say the least.  A large patch of north central Alabama, in the gray shade on this map, had well over 5 inches of rain. Montgomery airport had 3.01”   Some spots locally much heavier. 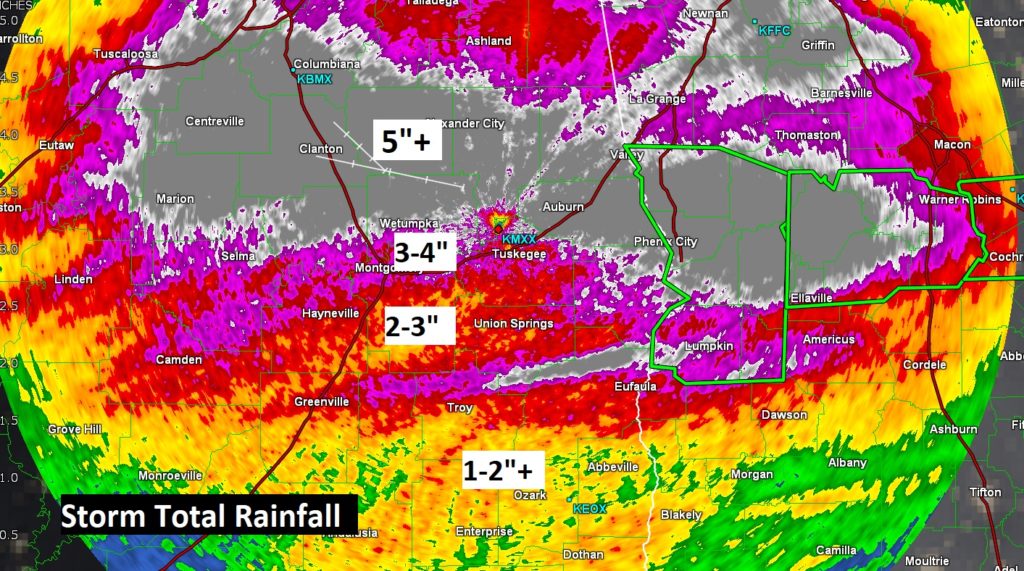 Rivers and creeks are on the rise again.  Flood warnings have been issued for a number of rivers.  The Alabama River at Montgomery could be nearly 10 feet above flood stage by Tuesday. 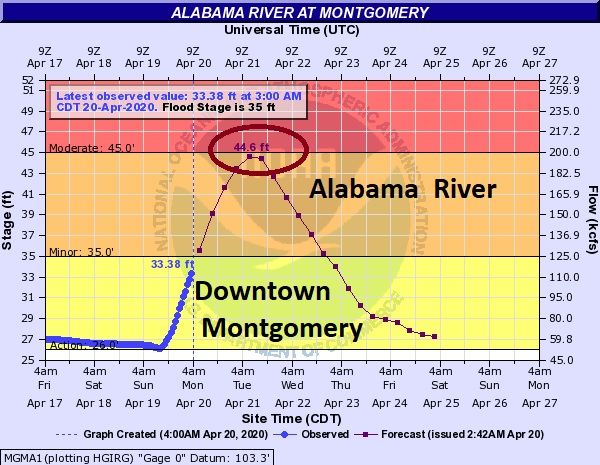 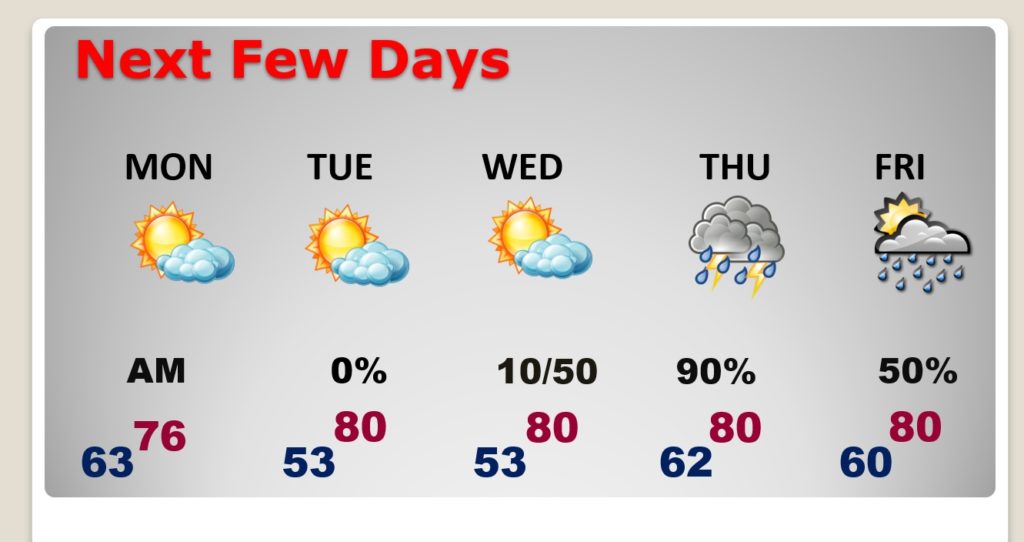 MORE SEVERE WEATHER THURSDAY:  Don’t look now, but another potent storm system will effect the state Wednesday night into Thursday with yet another Severe Weather Threat, including a tornado risk.  Stay tuned as the details of this system come together in the coming days. It’s April in Alabama! 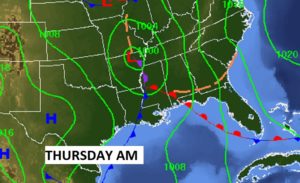 Could me MORE heavy rain with this next system, too. 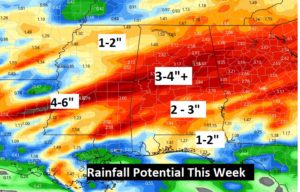 LOOKING AHEAD:  I hate to say this, but there could be another potential storm system NEXT SUNDAY that needs to be watched carefully. 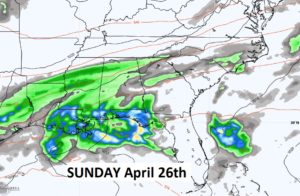 Tomorrow morning we’ll be getting back to normal.  I’ll have a video update online by 4:45AM.  Enjoy today’s calmer weather.  Stay safe and well.  Have a good day.