Good Morning!  We have a little June preview in progress for the next day or two before the first of two cool fronts arrive this week.  The first front could bring some widely scattered thundershowers by Tuesday night, before a cool down.  The second cold front is a bigger deal.  It arrives by the time the Mother’s Day weekend begins, followed by a sharp cool-down. Sunday morning Dawn should be quite chilly.  I’ll walk you through the week ahead.  Will we see any strong storms? 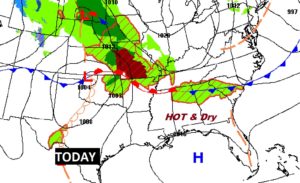 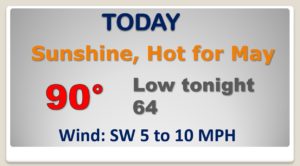 Big thunderstorm day in the middle of the country today.  Significant Severe weather risk.. Even a Marginal risk across north Alabama by this evening and tonight. 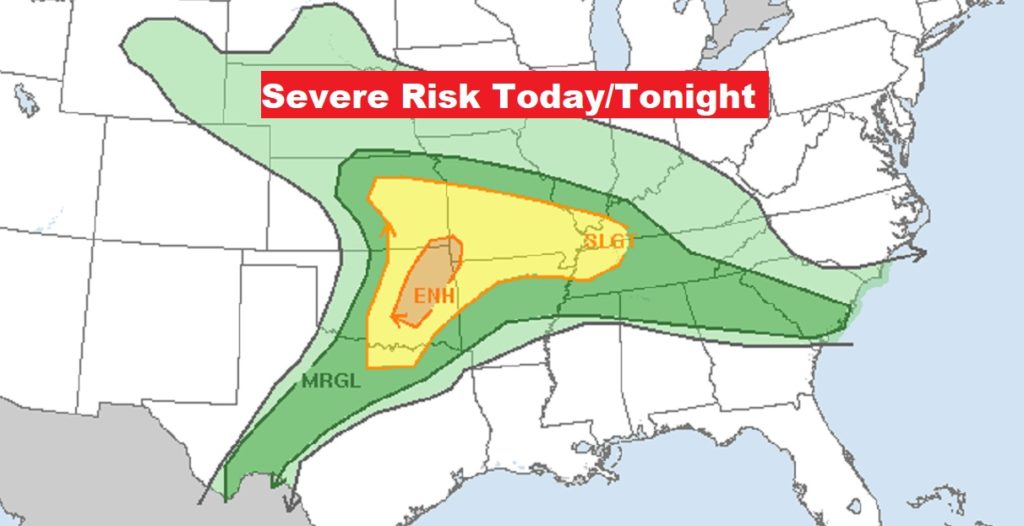 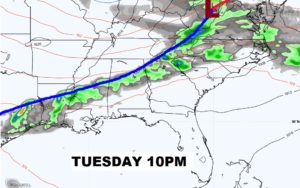 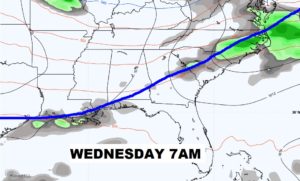 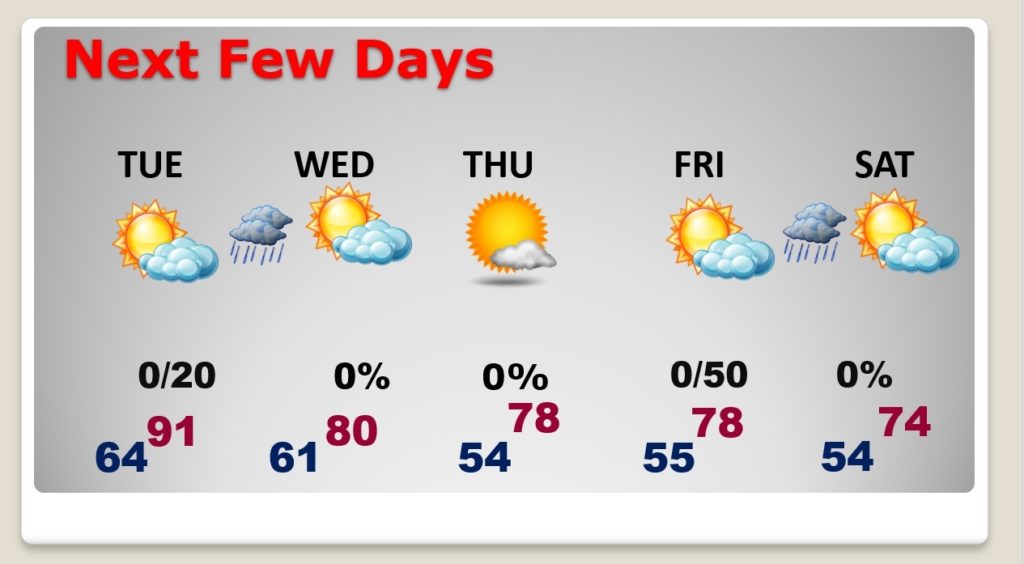 The SECOND Cold Front of the week is a bigger deal.  Showers and thunderstorms Friday evening/night.  Much cooler air follows for the weekend. 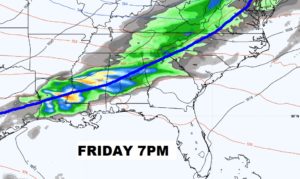 Some unusually chilly air will engulf much of the eastern half of the nation over the Mother’s Day weekend.  This air has Canadian Arctic origins. 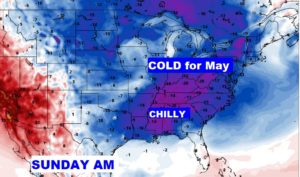 Take a look at the lows by Mother’s Day at Dawn.  It’s too late in the ballgame for numbers like this. 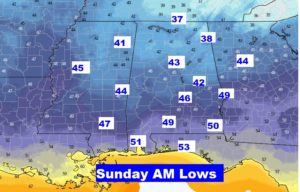