Good Morning!  Cristobal will be the controlling factor in our weather today and into tomorrow.  We are on the active east side of the track.  We’ll see some tropical downpours at times, and the threat of a few tropical spin-up tornadoes, especially during the heat of the day.  This is routine with every tropical system. The threat of locally heavy rain and tornadoes will be strongest across the western half of the state, especially from I-65 westward.  Cristobal’s tropical plume or tail will still influence our weather on Tuesday.  Showers and thunderstorms on Wednesday will be ahead of approaching front.  On this video, I’ll bring you up to date on the forecast details and we’ll look ahead to the return of sunshine later in the week.

The large circulation around Cristobal will have a big influence on our weather today & tonight..  Occasional Tropical downpours. Risk of spin up tornadoes in some of the squalls.  Cloudy & breezy today. 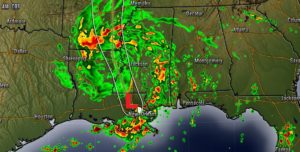 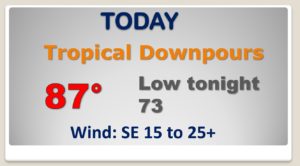 The spin-up tropical tornado risk covers much of the state today.  However, the greatest threat will be across the western half of the state, especially from I-65 eastward.  This threat is very common on the east side of the track of most tropical systems. 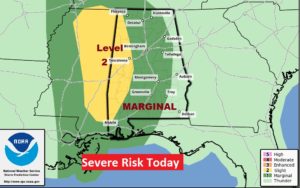 Tomorrow, Cristobal’s spin-up tornado risk migrates to the heartland.  But, we’ll see some squally weather in Alabama due to Cristobal’s remaining tropical plume or tail. 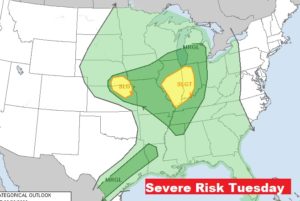 An approaching front will bring another round of showers and storms to the state. 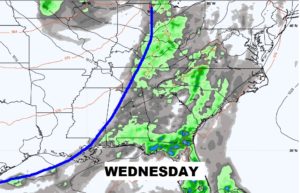 Showers and storms are likely Tuesday and Wednesday.  Small rain chance late Thursday with a secondary front.  Then, sunshine and drier weather Friday through the weekend. 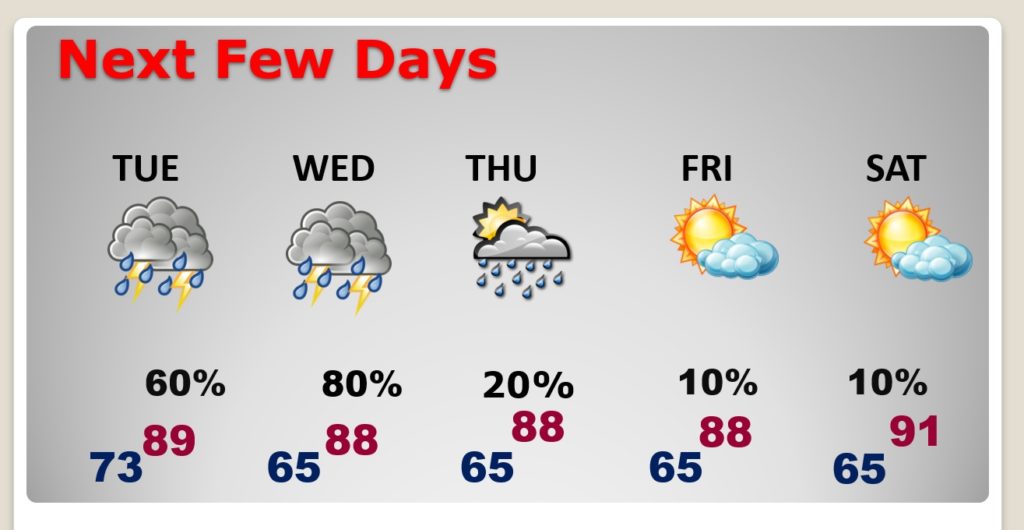