Good Morning!  Some of you got a lot of rain over the weekend.  The stage is set for better than normal rain chances for at least the next three days.  Tropical downpours will produce locally heavy rainfall this week.  But, not all week.  We’ll look ahead to the weekend.  And, in the tropics, we’ll have to learn how to pronounce the “I” storm.   Later this week we’ll be tracking ISIAIS. Could this storm impact the United States?  I’ll show you some projected paths.

Unsettled atmosphere.  Better than normal chance of showers and storms this afternoon and this evening. 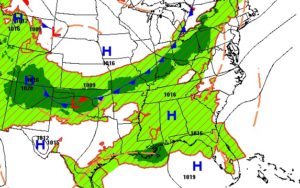 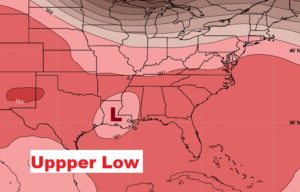 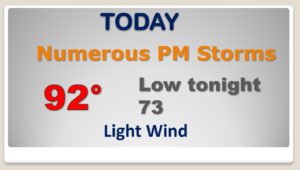 Tomorrow and Wednesday…a “weakness” in the atmosphere over the Gulf South, will promote widespread showers & storms. 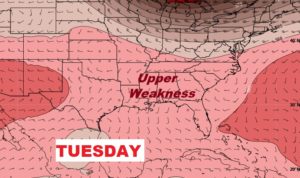 Future Radar may be a little bit underdone.  Look at that big cluster of storms affecting coastal Alabama and Mississippi. 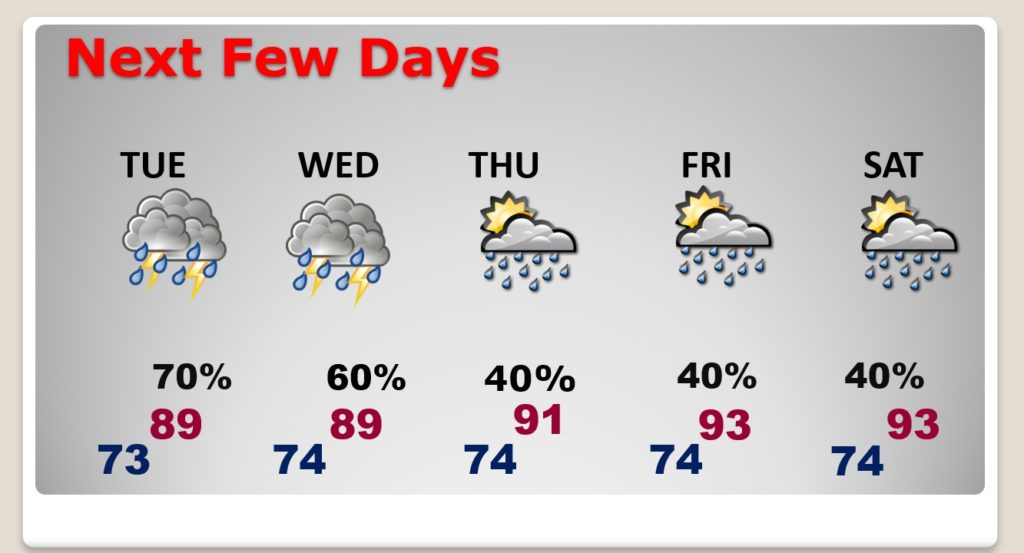 Looks like we will have to start practicing the name ISAIAS this week.  Good chance we’ll be tracking another Tropical Storm.  Invest 92-L has a 90% chance of developing into a Depression in the next day or two. 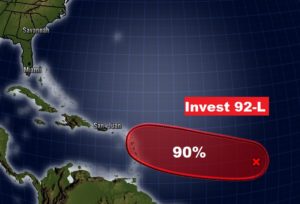 Could this system possibly impact the Unites States by this coming weekend…or beyond? 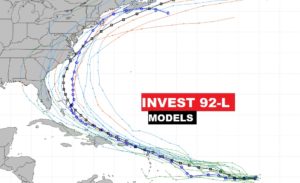