Good Morning!  The atmosphere is primed for action today. Showers and storms should become scattered to numerous today and tomorrow.  Some towns could see some locally heavy downpours. On this video, I’ll show you Future Radar.  But, by late week and into the weekend, the number of storms will start to thin out again, closer to a summertime normal.  I have updated the rain chances through Sunday.  Meanwhile, in the tropics, all eyes on Invest 92-L.  There is a strong chance this system will become a Tropical Storm in the next 24-48 hours.  Could it have a future impact for the United States?  Some models indicate it might.

Plenty of atmospheric moisture, combined with an upper level disturbance will set the stage for scattered to numerous showers & storms today. 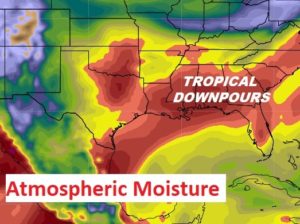 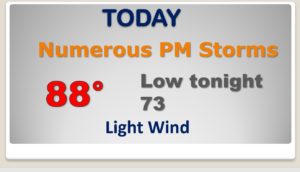 Radar will be active this afternoon.  Locally heavy downpours. 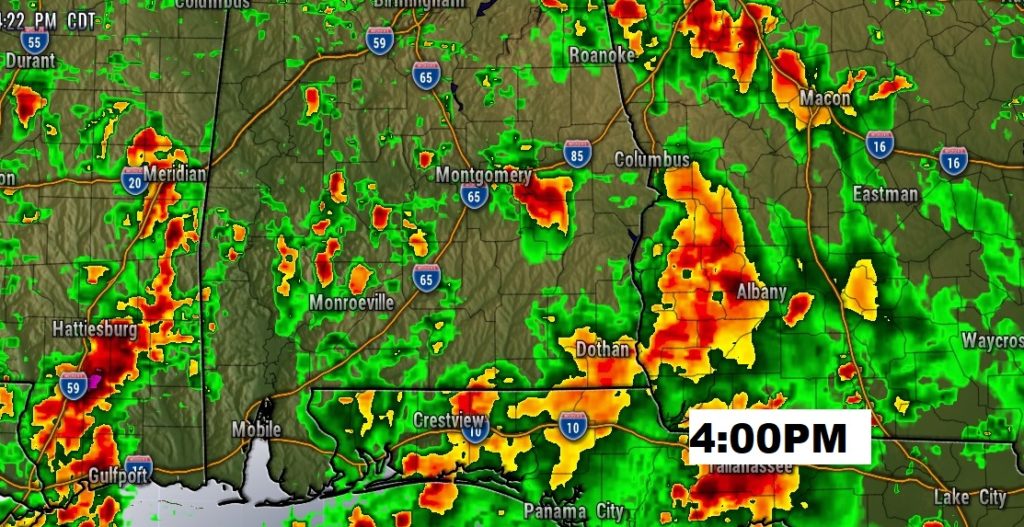 Widespread showers and storms Wednesday.  The number of storms will start to thin out in number by late week and into the weekend.  Routine summer forecast this weekend. 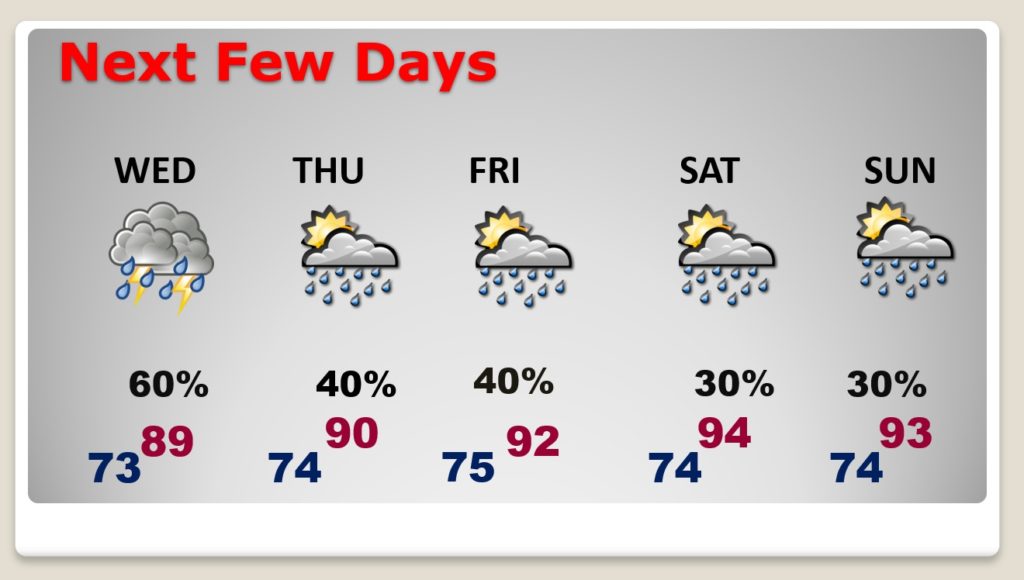 Invest 92-L has not organized enough into a definable center, yet. 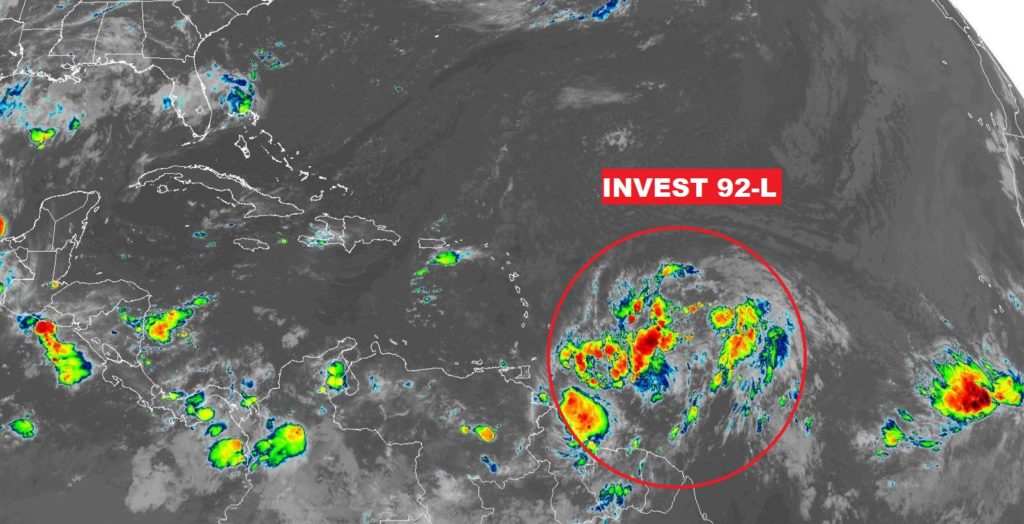 But, there is a 90% chance this system will become a Depression or Tropical Storm in the next 24-48 hours. 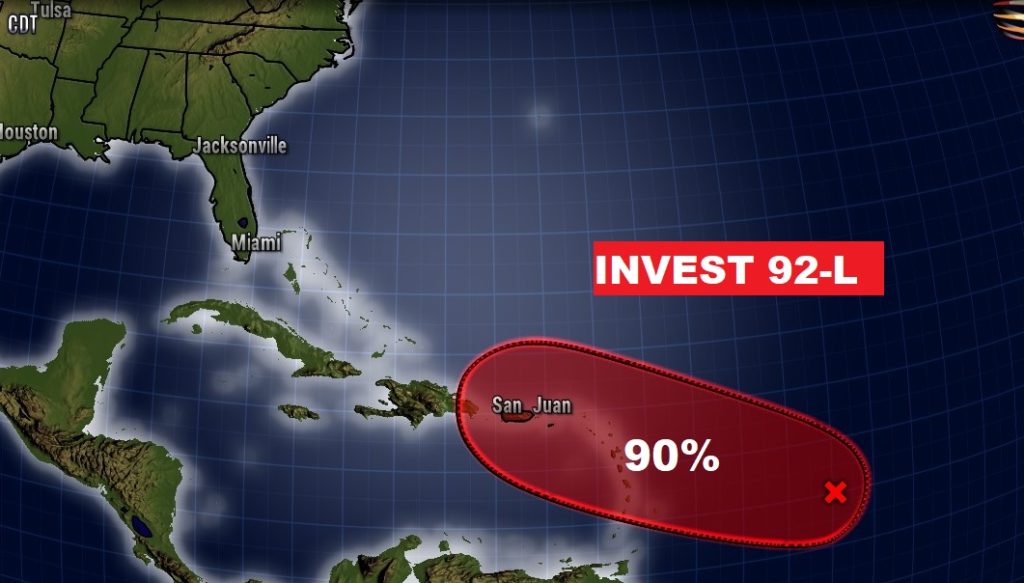 Today the spaghetti models have shifted left.  This happens to be the GFS Ensemble members.  It certainly suggests there could be an impact to the United States by late in the weekend or early next week. 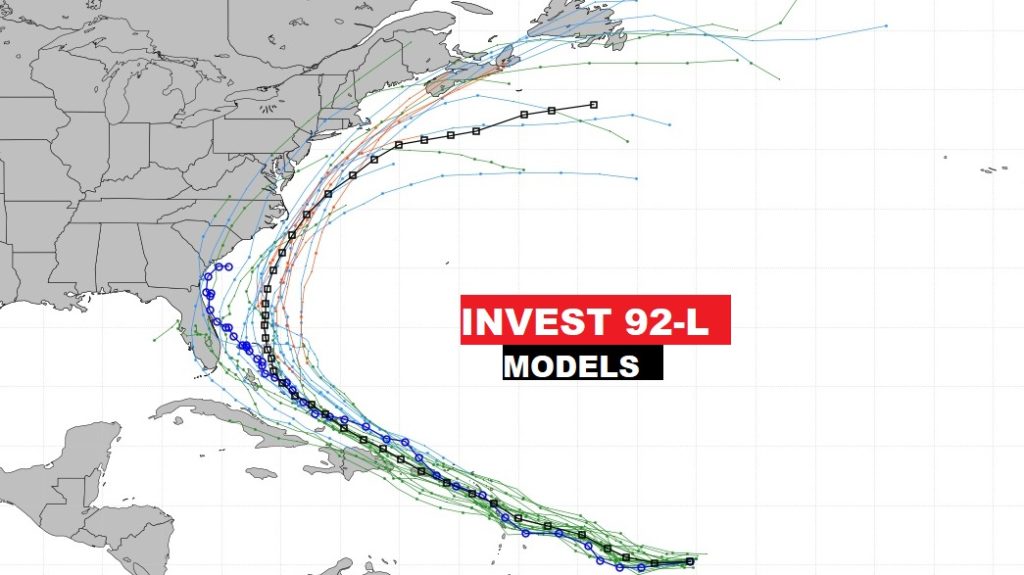