Good morning!  We have had a very active thunderstorm week in Alabama.  But, that’s about to change.  Scattered thunderstorms will still be around today, but the trend will be for fewer and fewer storms over the next 2-3 days.  Fewer storms mean more sun and some hot days ahead.

That upper trough which has haunted us for several days will finally move away starting tomorrow, leading to fewer storms. 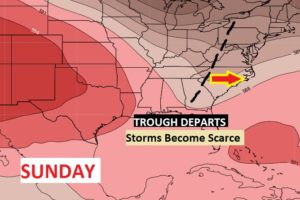 That trend to fewer storms may not last for too many days.  Already, I see a spike in the rain chance again later next week.

Meanwhile, in the tropics there are two named storms the National Hurricane Center is tracking.  I have the latest on Josephine and Kyle.  Is there anything else we need to be concerned about?  I have an update on the tropics below.

TODAY:   A sun/cloud mix.  High in the lower 90’s.  Scattered afternoon and evening storms, but not quite as numerous as the last few days.  Low tonight 72.   Here’s a Future Radar snapshot at about 2PM.  Not as many storms around, but don’t get me wrong.  You could still run into a very heavy downpour. 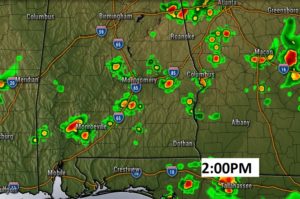 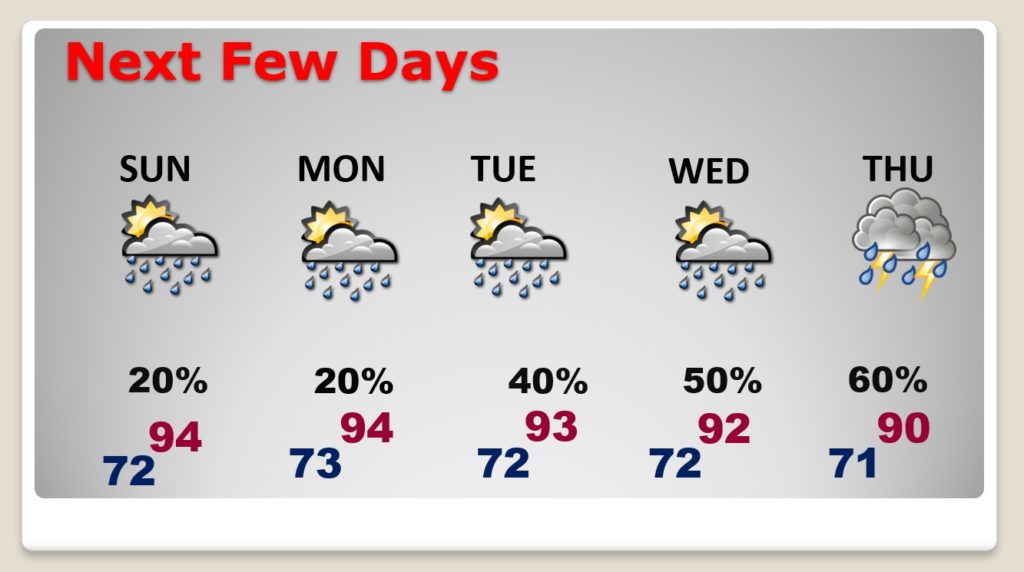 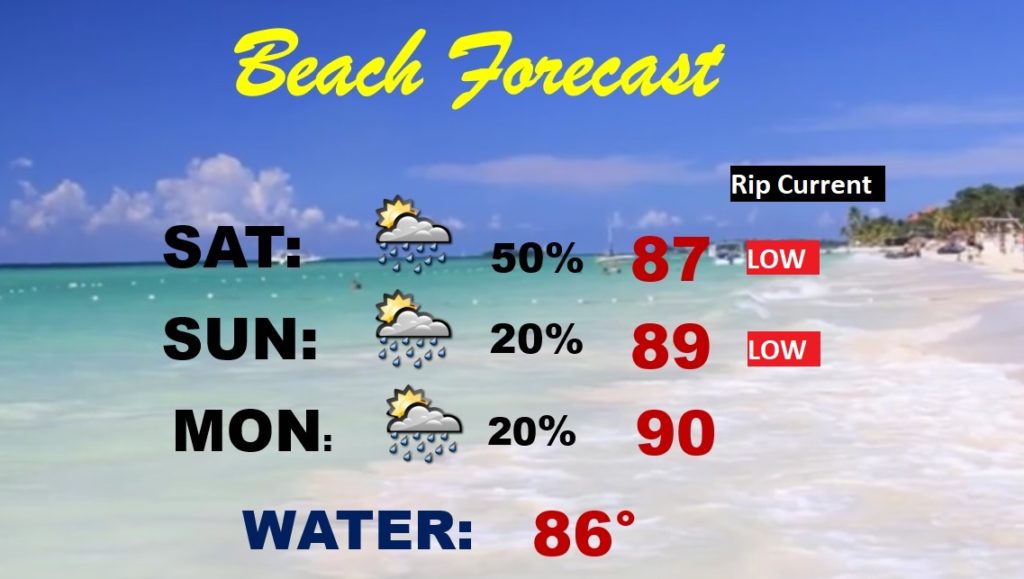 THE TROPICS:  Josephine and Kyle are both minimal tropical storms with 40 mph winds.  Neither are a threat to the United States.

Josephine might have an interaction with Bermuda by the middle of next week. 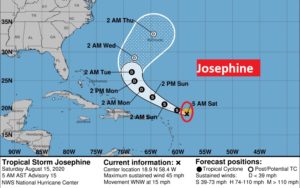 Kyle is what we call a Fish Storm, heading for the North Atlantic. 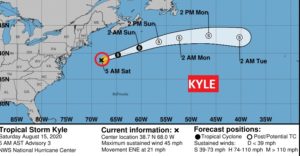 There are signs we could see another uptick in activity soon.  We are tracking a couple of tropical waves which have recently come off Africa, and there are more of those over Africa now heading for the Tropical Atlantic. 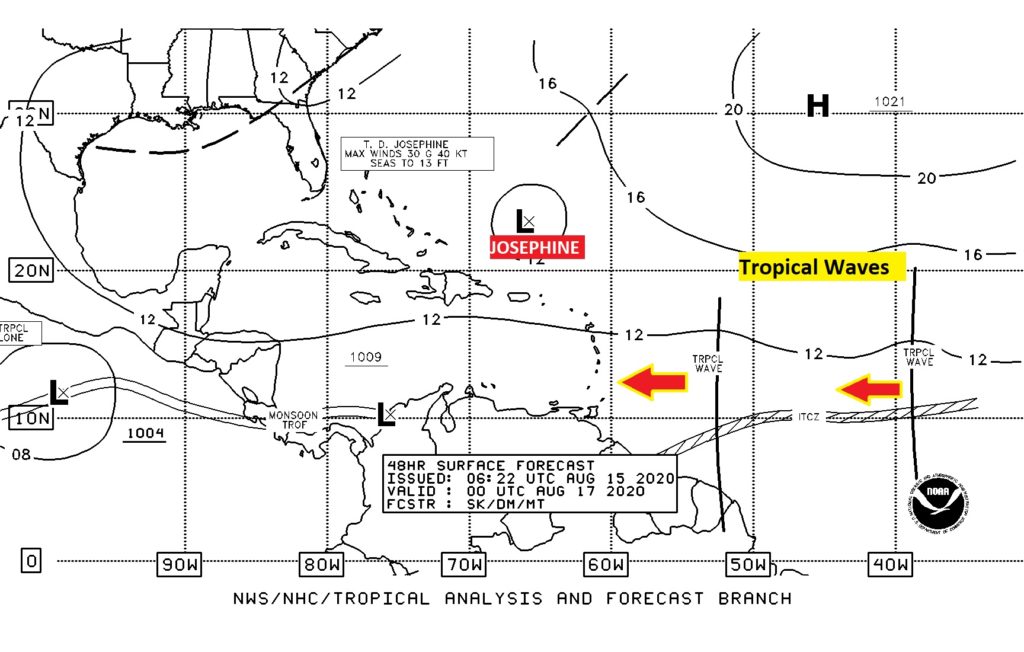