4:00PM NHC UPDATE on T.D. 13 (Future Laura?) Not much change in the general scenario. System expected to become a Tropical Storm soon. A track north of the islands into the SE Bahamas. Minimal Hurricane Monday near south Florida and into the the eastern and NE Gulf Tuesday afternoon. 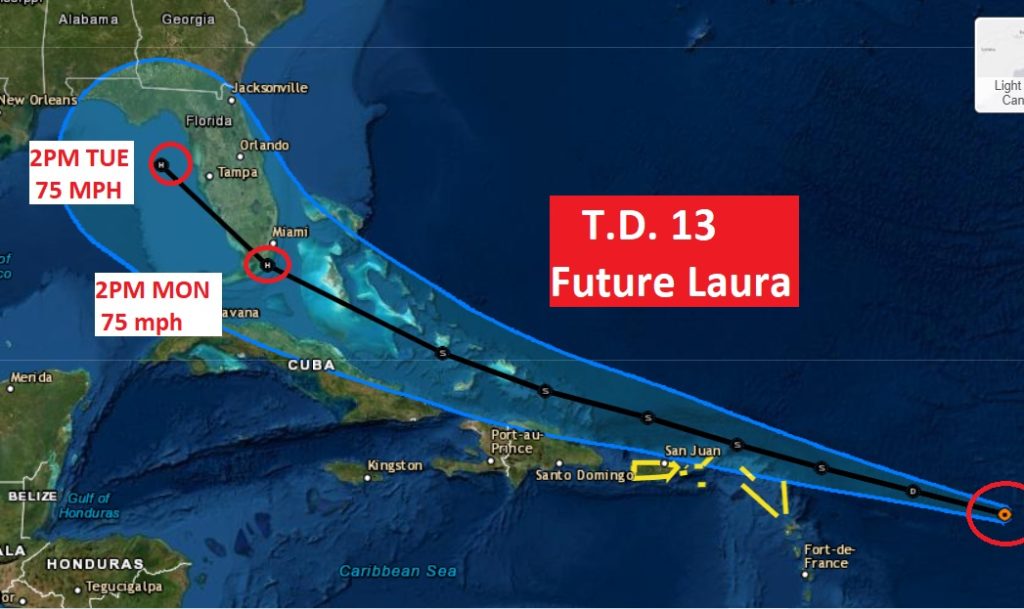 TD 14 is being investigated by Air Force Recon right now. Expected to become a Tropical storm and move from the Caribbean, across the Yucatan, into the Gulf and target the Texas/LA coastal region as a 70 mph tropical storm Tuesday.

Ready or not..Looks like we will be dealing with a Hurricane in the Gulf the first of next week. T.D. 13 is expected t get the name LAURA later today, and become a hurricane by Sunday morning, as it heads for Florida and the eastern Gulf. Final destination not known 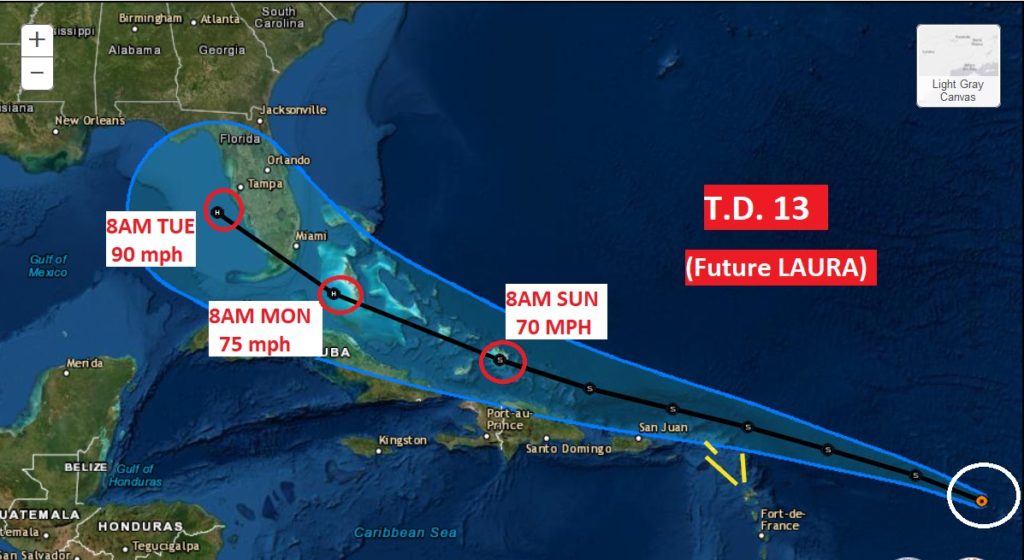 Double Trouble for the Gulf first of next week. Two systems: a strong tropical storm headed toward Texas (T.D. 14). And, a potential Hurricane in the eastern Gulf heading northwestward. (T.D. 13). An unfortunate rare confluence of events. Stay aware and prepare early. 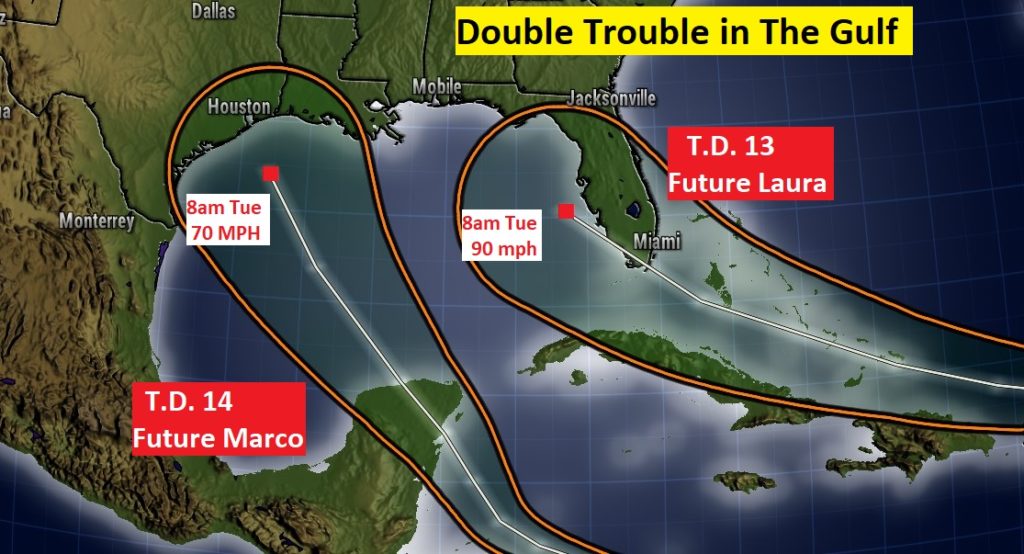 EARLY MORNING UPDATE:
Good Morning!   After a night of drenching rain in parts of central Alabama, we are in for another 2-3 days of numerous PM storms, with locally heavy downpours.  I have tapered the rain chances down just a bit over the weekend, especially Sunday.  But, all eyes are on the tropics.  T.D. 13 will likely become Tropical Storm Laura, on a track taking the storm toward Florida, and then into the Gulf.  Where will Laura ultimately make landfall on the northern Gulf Coast, and when?  Plus, we’re still tracking 2 more systems in the tropics.

The stage is set for another day and night of above normal rain chances across the state. 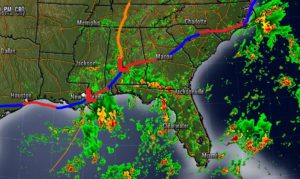 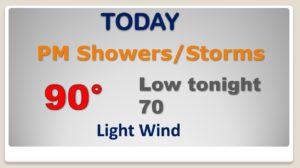 Once again, radar should be rather lively this afternoon and well into the evening and night time hours. 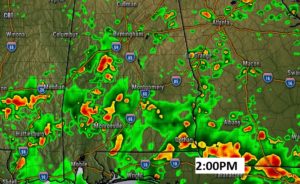 High rain chance through Friday.  Then, the number of storms starts to tape down Sunday and Monday.  After Monday, everything depends on the future track of the Tropical Storm in the Gulf. 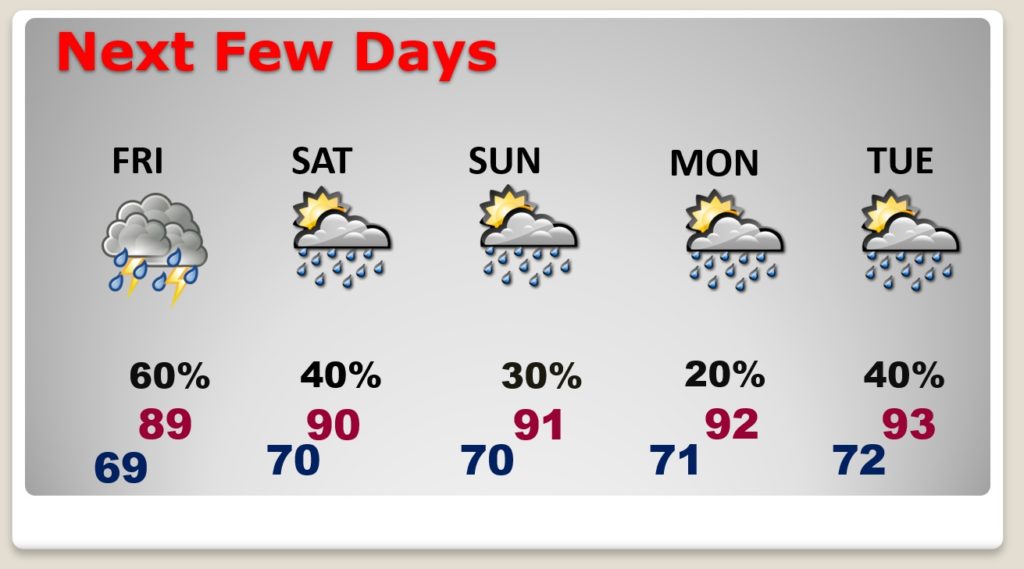 The rain chances are running pretty high over the upcoming weekend.  Yellow flags are flying. 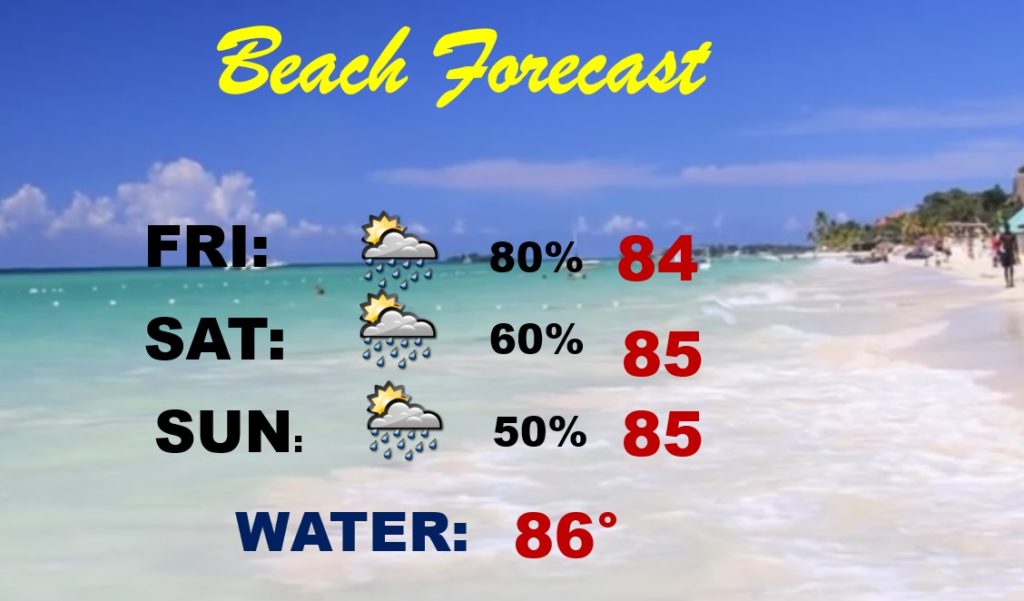 TD 13 will become Laura later today, moving north of the Islands, and moving toward the Bahamas then south Florida.  It could be a 70 mph tropical storm in the eastern Gulf Thursday night.   Is it headed for the northern Gulf coast? 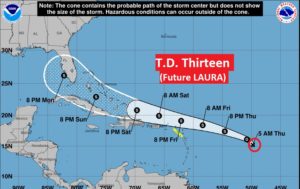