Skip to content
4PM UPDATE:
NHC SAYS..Re Laura: There is a danger of life-threatening storm surge dangerous waves producing potentially catastrophic damage from San Luis Pass, TX, to the Mouth of the MS River.
Surge could penetrate 30 miles inland from the immediate
coastline in SW LA and far SE Texas 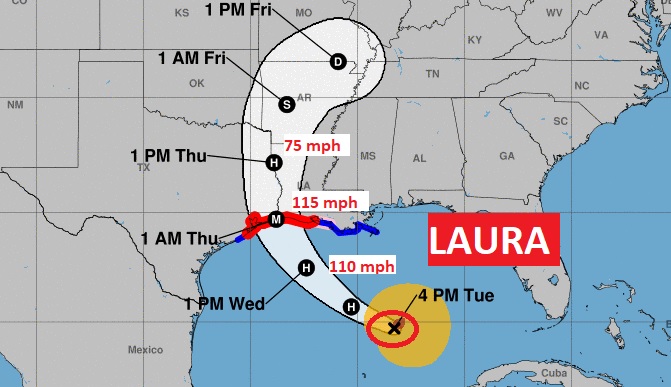 10AM NHC UPDATE:
Hurricane Warning on the Texas/Louisiana coast. Hurricane Laura, with winds of 75 mph is over the SE Gulf, moving WNW at 16, expected to take a turn to the NW. It expected to become a Major Category 3 hurricane with 115 mph winds at landfall late Wed. Night/Early Thursday 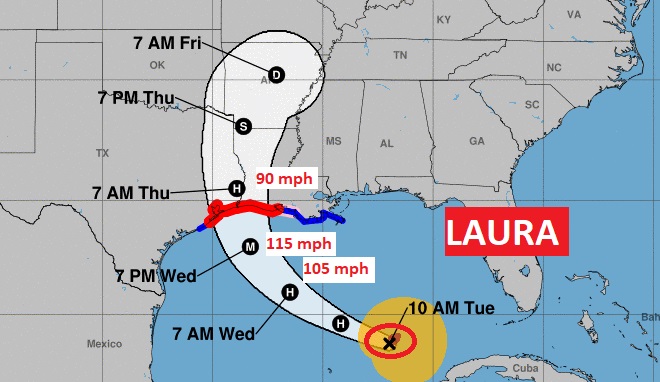 Good Morning! The drama is the Gulf of Mexico continues.  Marco has fizzled, after dumping prolific rainfall amounts near  the coast. Now, Laura takes center stage.  It will become a Major Category 3 hurricane in the warm Gulf waters, as it targets the Northwestern Gulf Coast for a projected Wednesday night landfall. Laura has an interesting future after landfall, too.  And, Laura will have an indirect effect on our weather.  I have adjusted our rain chance for the week ahead and through the weekend.

4AM Laura is a 65 mph Tropical Storm in the southern Gulf.  Expected to become a Hurricane today, and make landfall as a MAJOR Category 3 Hurricane over the northwestern Gulf coast late Wednesday night or early Thursday morning. 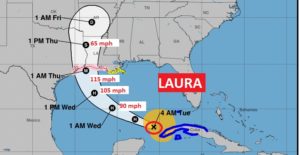 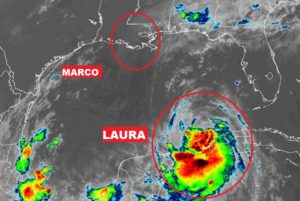 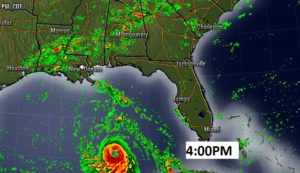 Showers will be widespread in the state today, associated with the leftover moisture from Marco. 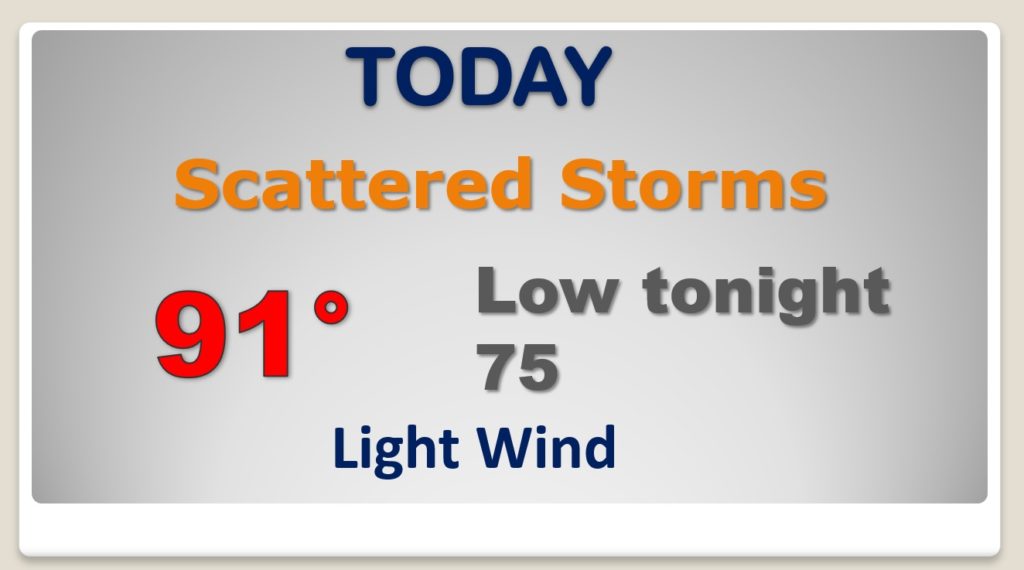 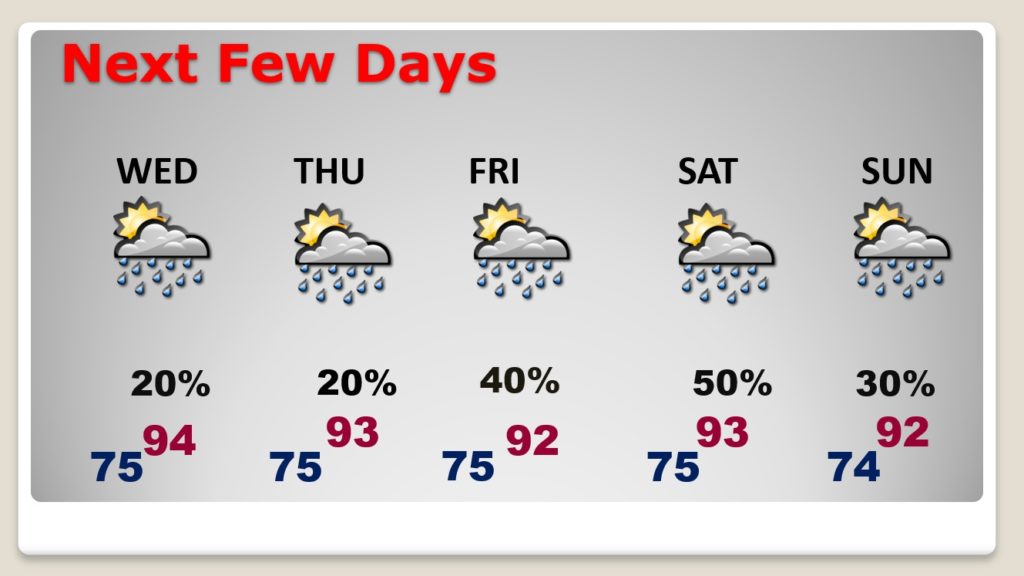 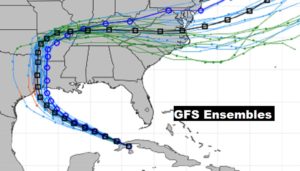 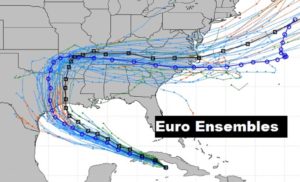 The rest of the tropics are quiet now. 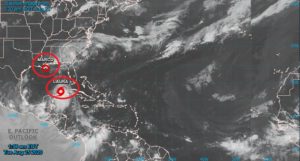