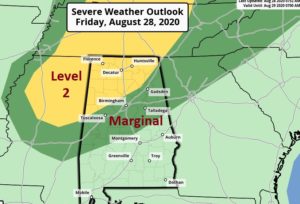 EARLY MORNING UPDATE:  ood morning! Tropical Depression Laura’s “tail” of moisture will have a big influence on Alabama’s weather today and Saturday.  The large circulation around Laura will bring an increased chance of showers and thunderstorms.  There will be a few tornado warnings in the state, too.  What about the rest of the weekend and beyond?  Once again, I had to make some adjustments to the rain chances through early week.  And, there are now two “X”s on the map from the National Hurricane Center in the tropical Atlantic.

The large moisture circulation around Laura will bring and increased threat of showers and storms. 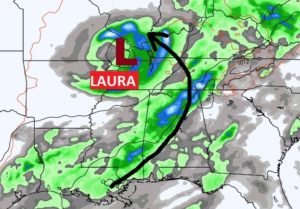 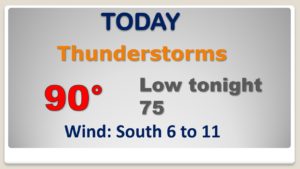 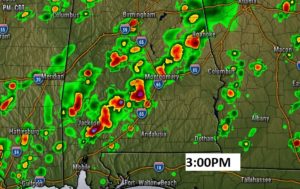 There will be some tornado warnings in the state today due to Laura. 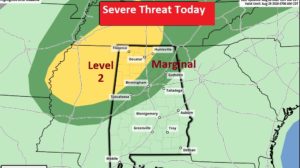 Higher than normal rain chance through the weekend.  Decreasing a bit by mid week. 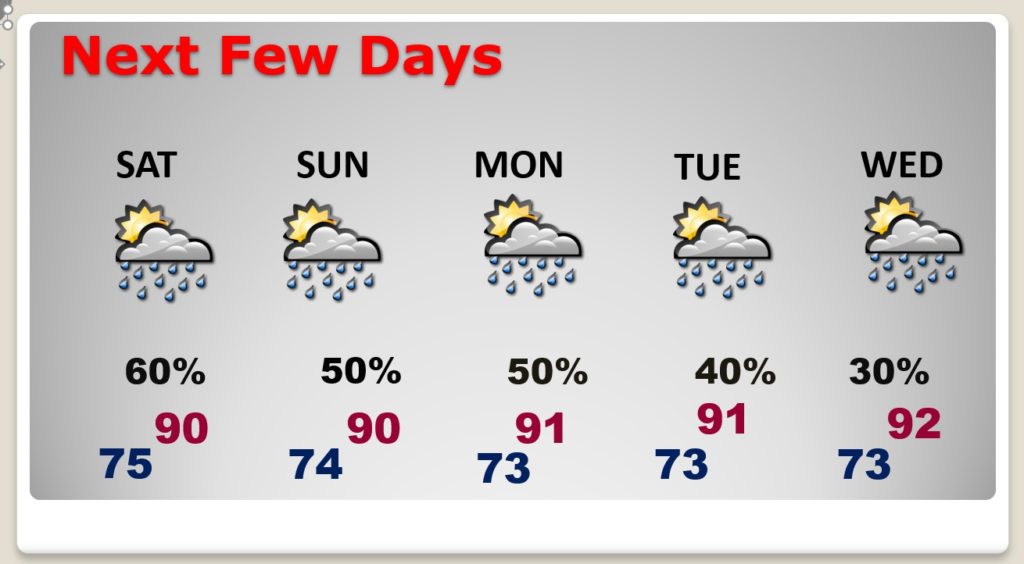 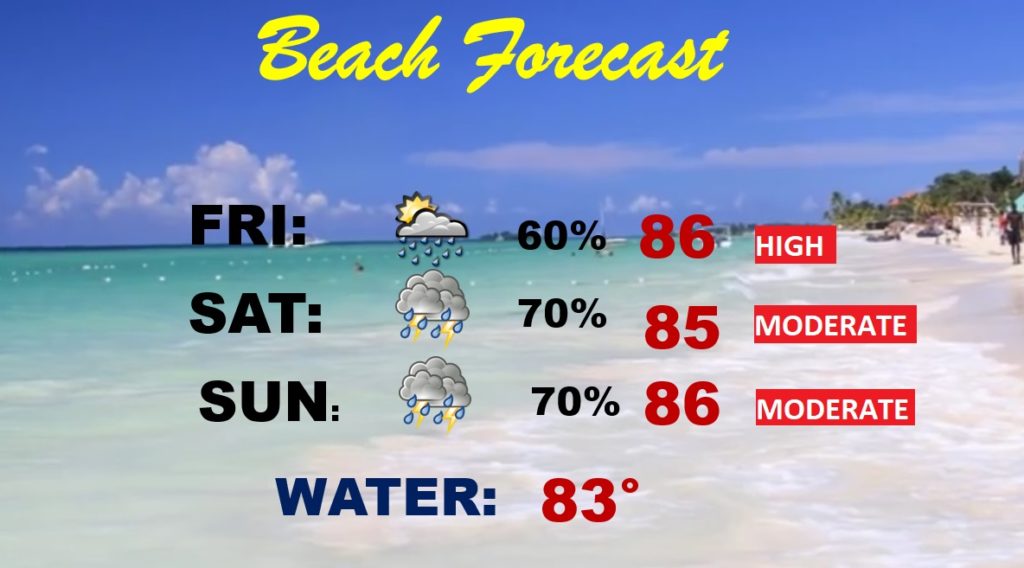 NHC now has TWO Area’s To Watch on the map in the Tropical Atlantic.  We’re just weeks away from the statistical peak of the season.  Who knows how crazy it will get in the next couple of months. 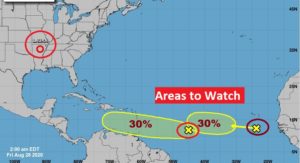