Good morning!  In the wake of Laura, deep tropical moisture remains over Alabama.  Many of you experienced heavy tropical downpours yesterday.  It looks like we are in for more of the same for the next 2-3 days.

It will be feast or famine.   Some towns could see 1-2” of rain in a brief period of time.  Others towns will see very little.  But, your odds of encountering an occasional downpour are good, through at least Monday.

Later in the week, the number of showers will decrease.  But, this week, we will not have to worry about any tropical encounters in our neighborhood.  However, there are two tropical systems we are tracking in the Atlantic.

TODAY: Look for a sun/cloud mix.  Best chance of showers and storms will be this afternoon & evening.  There will be a generous supply of those random storms.  Locally heavy downpours in spots.  Here’s one hi-res model’s idea on the type of coverage we might see at 3PM. 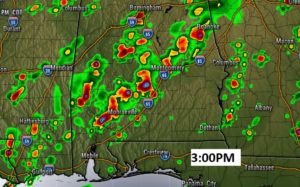 NEXT FEW DAYS:   The better than normal coverage on the showers and storms will continue at least through Monday.  After Monday, we’ll see a decrease in the daily numbers of storms.  Don’t look for any relief from the heat and humidity.  I don’t see a break. 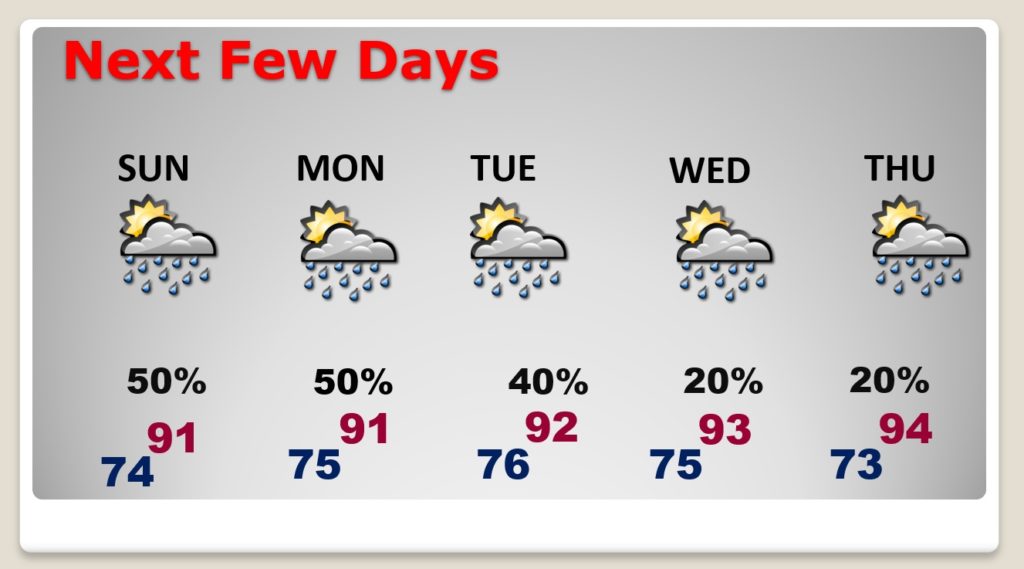 BEACH FORECAST:  The news is not great.  Showers and storms will be rather numerous.  Not only that, the red flags continue to fly, with a High Rip Current risk through the weekend.  It never rains in the restaurant. 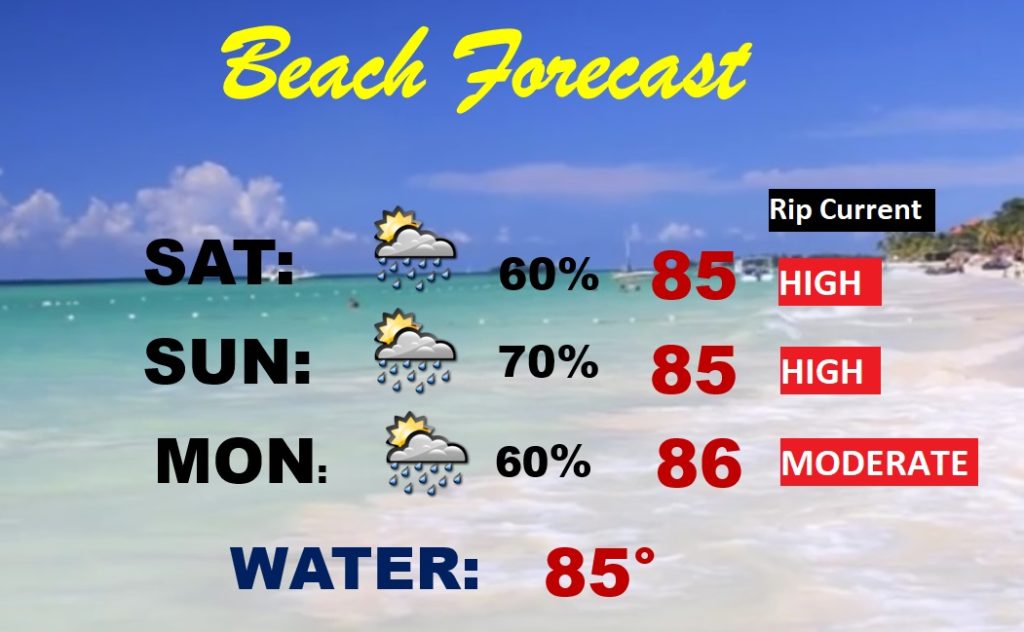 THE TROPICS:  The National Hurricane Center is tracking two Areas to Watch in the tropical Atlantic, moving in the general direction of the Caribbean.  Will these systems eventually develop and become a threat to land?  Too early to say right now. 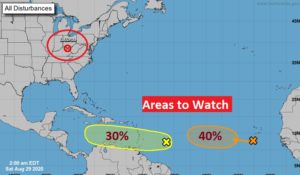 LAURA’S INCREDIBLE TREK:  You can bet the name Laura will never be used again.  It became a very large and intense Category 4 Hurricane before moving ashore near Cameron Louisiana on Thursday morning.  With 150 mph winds, it was just 7 mph shy of becoming a Category 5 hurricane.  It’s the strongest hurricane to ever come ashore in Louisiana .  Maximum storm surge was an incredible 17 feet.  Damage, as you know, is prolific.

Laura this morning is now called a Remnant Low.  It’s located a little east of Louisville.  Take a look at Laura’s incredible trek from  a disturbance off the African coast, to it’s position today.  It still could become a tropical storm again in the Atlantic. 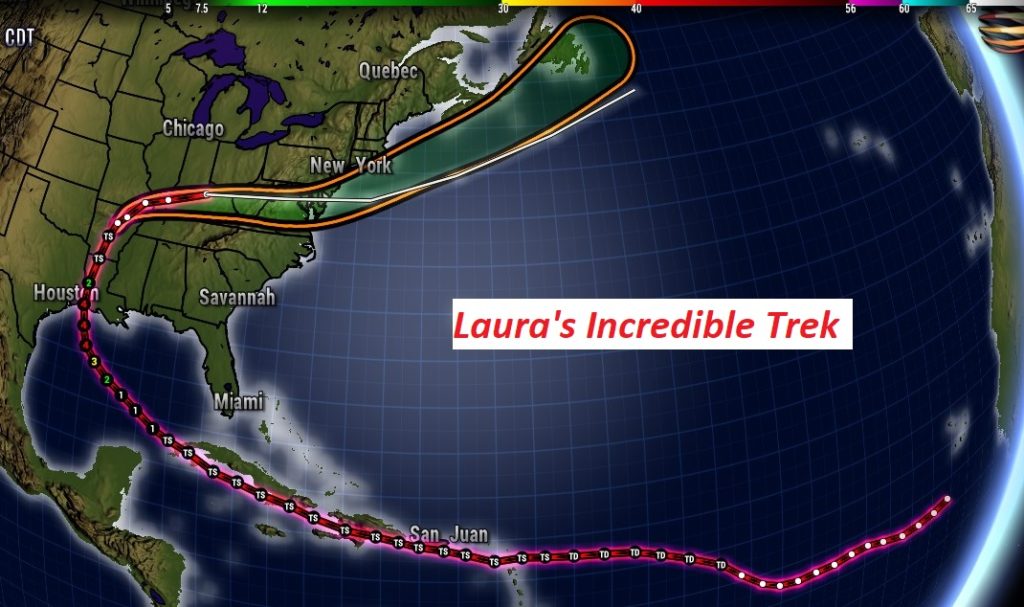 KATRINA ANNIVERSARY:  Fifteen years ago today, Katrina came ashore on the Mississippi coast as a category 3 hurricane.  We all know what happened with the prolific flooding in New Orleans when the levees broke and Lake Pontchartrain poured into the city.  Death toll was 1,833 souls.  Costliest hurricane on record.  $125 Billion in damage. 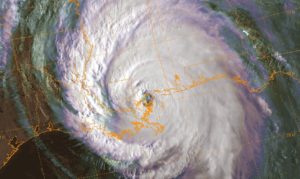