Skip to content
Special Friday PM Update: Tropical Depression 19 – Likely to be Tropical Storm in the Gulf
(4:00 PM CDT (9/11/20)
Tropical Disturbance Invest 96-L is now Tropical Depression 19, and could, rather quickly become a Tropical Storm. The system will affect South Florida tonight and then move into the Gulf. It will very likely become a Tropical Storm. National Hurricane Center says people along the northern Gulf coast should monitor this system closely. Next two names on the list are Sally and Teddy. We could see two depressions develop by later today or this weekend. The other one is in the Tropical Atlantic.

Good morning!  Deep tropical moisture covers the Gulf south.  There was a generous supply of showers and storms yesterday, and today will be similar.  Some towns will see multiple showers.  The coverage on the showers & storms will be quite dense Saturday through Monday.  That could affect a lot of outdoor plans for here, the Lakes and the Beaches.  Be flexible.  Have a plan “B”.

We’re also keeping close tabs on potential tropical activity in the Gulf.  It’s not out of the question we could see a Depression develop over the weekend or early next week.  More on the tropics below.  The tropics are quite busy.

TODAY:  Limited sunshine.  Like yesterday, there will be some scattered downpours in spots.  Showers and thunderstorms, particularly in the afternoon & evening, but just about anytime.  High today 91.  Low tonight 74. 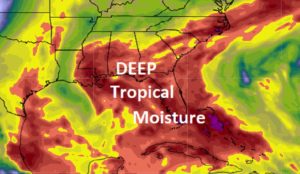 NEXT FEW DAYS:  Looks like a very wet pattern through the weekend, and well into next week.  Scattered to numerous storms each day. 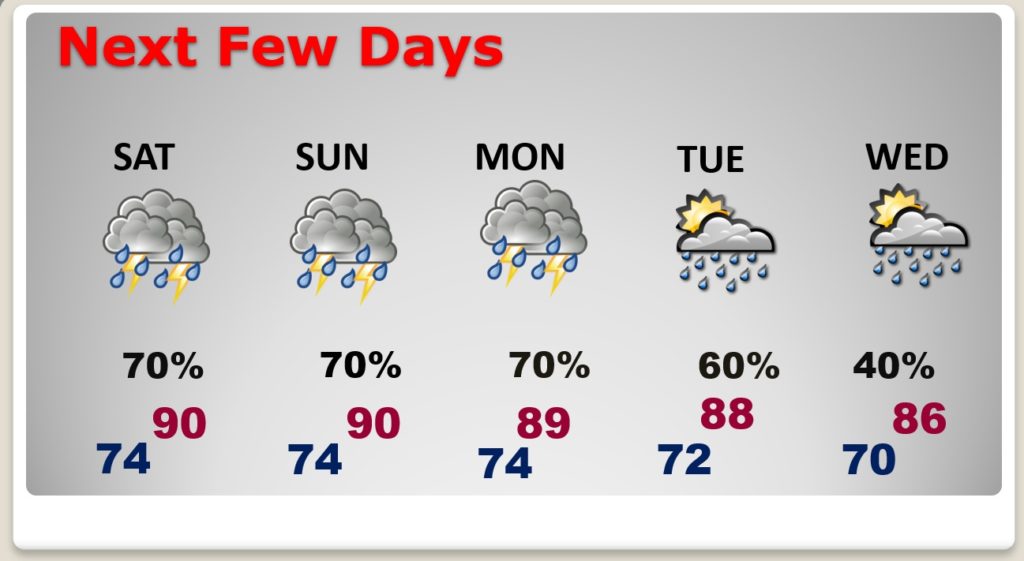 The Euro model prints out some potential pockets heavy rainfall over parts of south Alabama and the Florida panhandle through Tuesday. 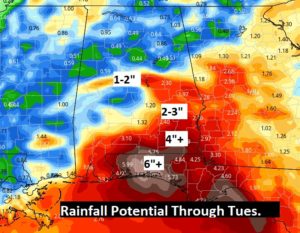 THE TROPICS:  There are many systems being monitored in the Tropics. 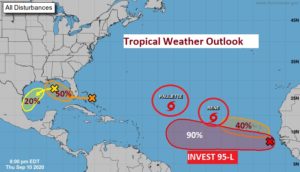 Paulette is expected to become a hurricane over the next day or two.  It could affect Bermuda.  Tropical Storm Rene is curving into the eastern Atlantic.  Invest 95-L has a 90% chance of developing into a Depression or Tropical Storm Sally soon.  It needs to be watched several days on the line.  Will in curve, or could it be a potential threat to the United States? 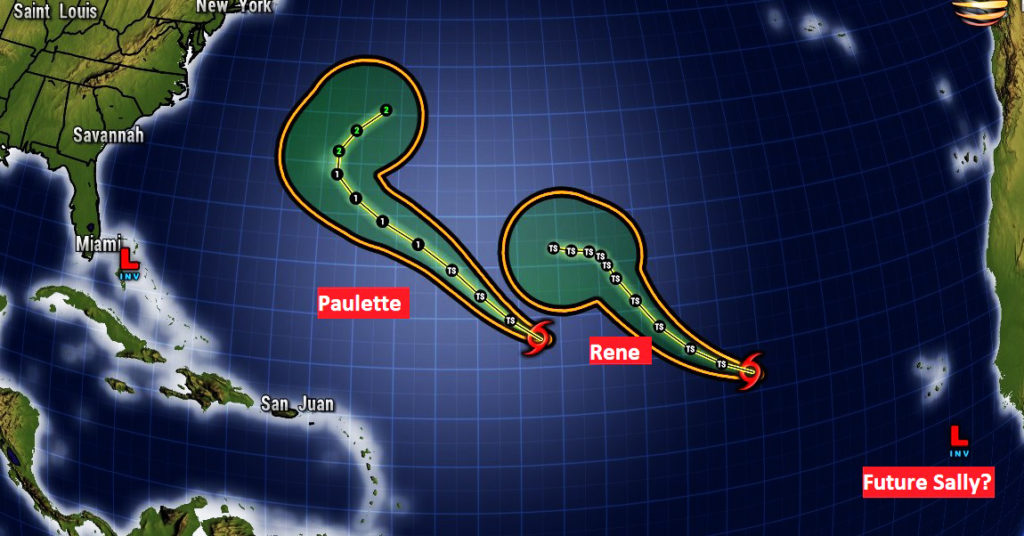 Closer in, there is a disturbance in the central Gulf which will be curving west and then southwest.  Meanwhile, low pressure near the Bahamas has a decent chance of possibly becoming a Depression in the Gulf either late this weekend or early next week.  We will continue to monitor that closely. 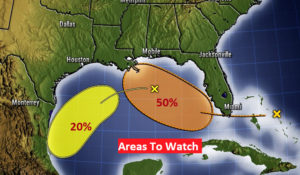 BEACH FORECAST:  With deep tropical moisture in place, the chances that you encounter an occasional heavy downpour on the coast is pretty high over the next few days.  Be flexible.

The Rip Current risk is listed as low, however I did notice yellow flags here on the coast yesterday. 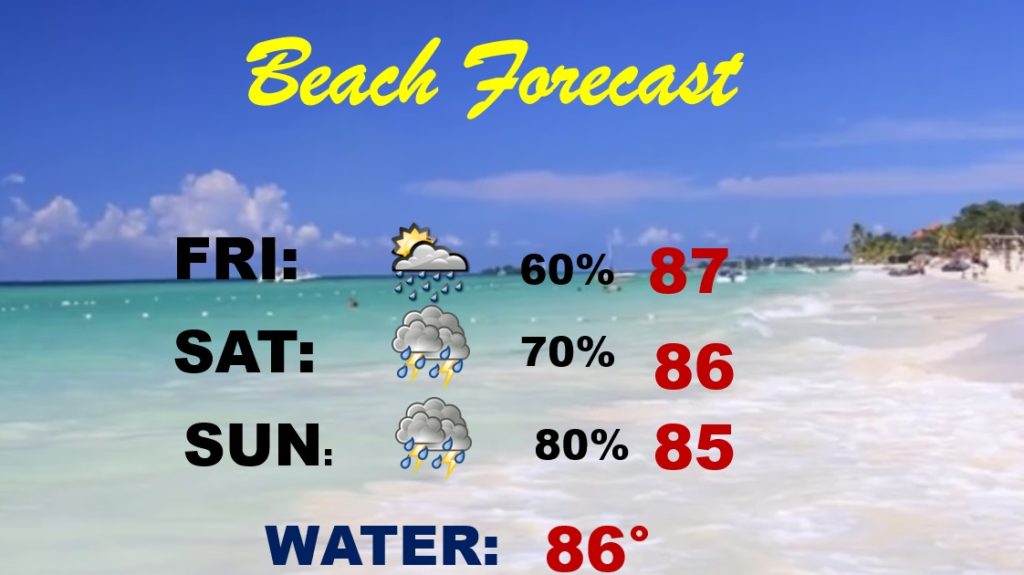 Good morning from Orange Beach.  It’s clear right now, but we had a storm during the night.

Back at my home in East Montgomery, my weather station reports that there were two nice downpours yesterday.  One was mic afternoon and the other one was apparently around 10PM last night.  I had .42”  I also got lightning alerts on both storms.  The airport only had .10”  Storms were moving westward.  That should be the case again today.

I will have a complete video update for you in the morning.  Stay safe and well.  Have a nice day.

The lights of the city of Orange Beach, from across Back Bay at 5AM… 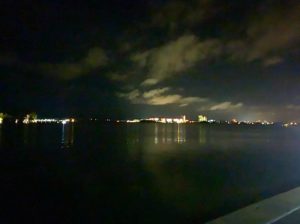