Skip to content
4:00PM UPDATE:
Hurricane Watch from the Mouth of the MS eastward to the Alabama/ Florida border. Tropical Storm Sally expected to grow stronger and make landfall as a hurricane Tuesday. The new Track curves Sally as a depression Thursday. All of Alabama now in the NHC cone. 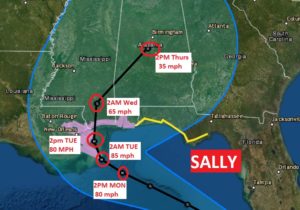 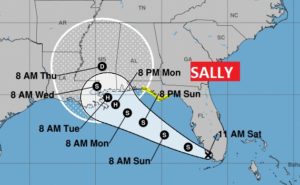 Good morning!  There is now much uncertainty in the forecast for the week ahead.  T.D. 19 near South Florida will track into the Gulf, and likely become a named tropical storm.  It is likely to threaten the northern Gulf Coast by early to mid-week, as it slows down.  The exact impact it will have on the Alabama Gulf coast and the rest of Alabama’s weather depends on the exact track, speed, and evolution of the system.

TODAY:  Partial sunshine, very humid.  High in the lower 90’s  Scattered showers and thunderstorms will be most numerous in the afternoon and evening hours.  They will tend to fade out at night.  Low tonight 73.

TROPICAL DEPRESSION 19:  There is much uncertainty on TD 19’s future.  It was almost Tropical Storm strength when it came ashore last night not far from Miami.  It is expected to reach Tropical Storm strength later today, again.  In the warm water of the Gulf the system will be near Hurricane strength or stronger at landfall in the early to middle part of the week. It will slow forward speed quite a bit in the Gulf due to weaker steering currents. 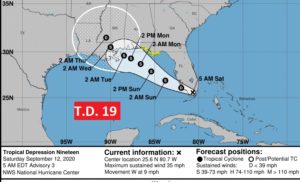 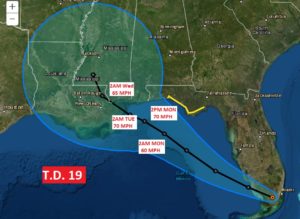 Some models take it to hurricane strength.  The official NHC intensity forecast is a tad conservative at the moment.  It also depends on the amount of potential wind shear the system could encounter. 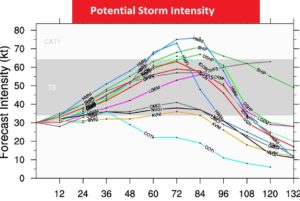 ELSEWHERE IN THE TROPICS:  It is not known if TD 19 will get the name Sally or Teddy.  It all depends on that other Invest, Invest 95-L in the Tropical Atlantic.  We don’t know which system could be named first.   Meanwhile, there is Paulette, and Rene in the Atlantic and 2 other Areas to watch, one in the central Gulf and another one coming off Africa. 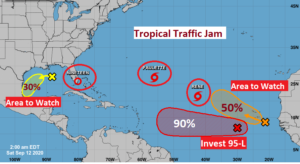 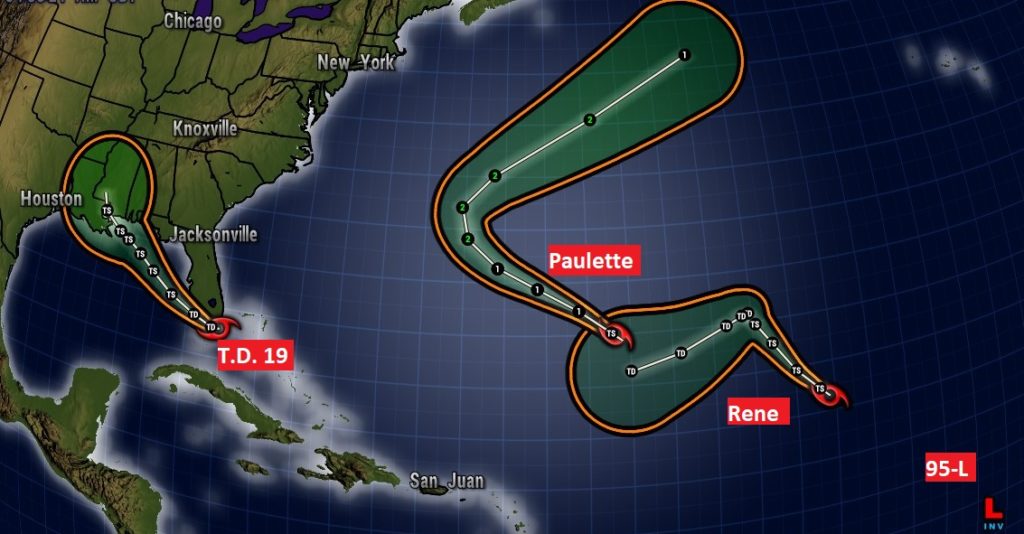 NEXT FEW DAYS:   The Sunday forecast is routine, but Monday through Wednesday especially, is certainly up for revision as we watch the potential impact of the Tropical Storm (or Hurricane). 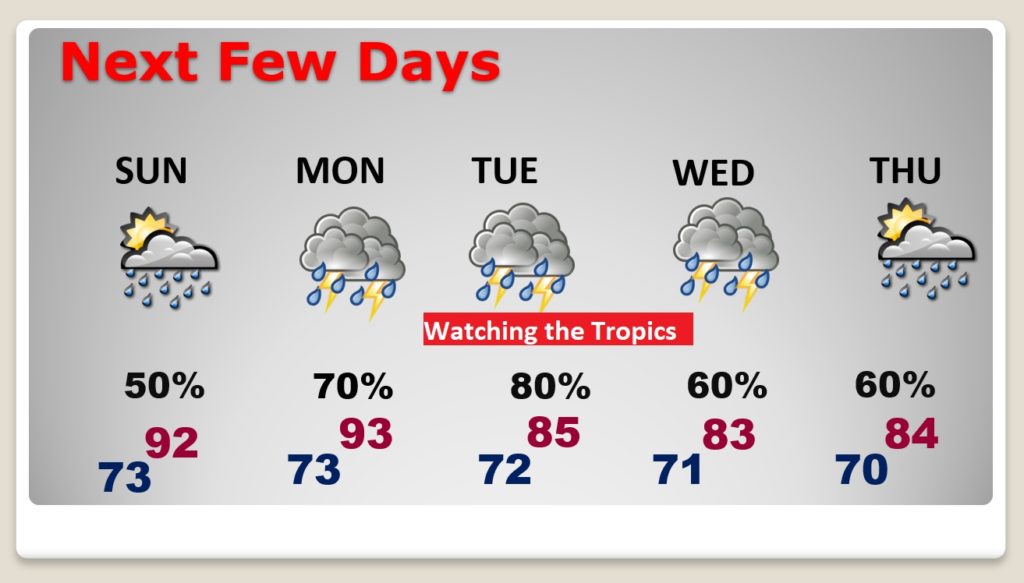 The Potential Rainfall Map is a bit disturbing and up for debate and revision over the next few days. 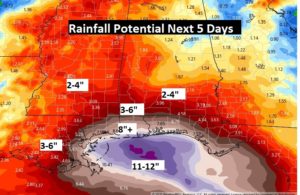 I’ll have another blog update in the morning, or later today if needed.   I’ll have new information from the National Hurricane Center.