Hurricane Sally has quickly intensified from a 65 mph storm to 90 mph within two hours. The Rapid intensification Cycle continues. Sally is now expected to become t least a 105 mph Hurricane at landfall on Tuesday. It’s not out of the question that it could become close to a Cat 3 major Hurricane. Plus, the eastward shift of the track is now quite concerning for the Alabama coast and for our central Alabama impacts. Stay weather aware as the danger escalates. 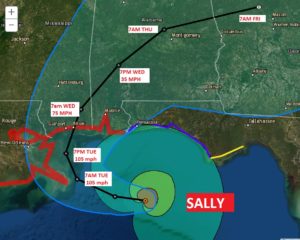 Expected rainfall will be EXCESSIVE. 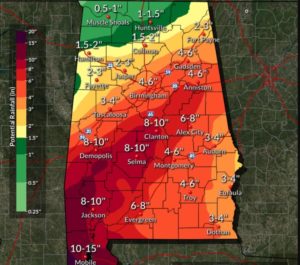 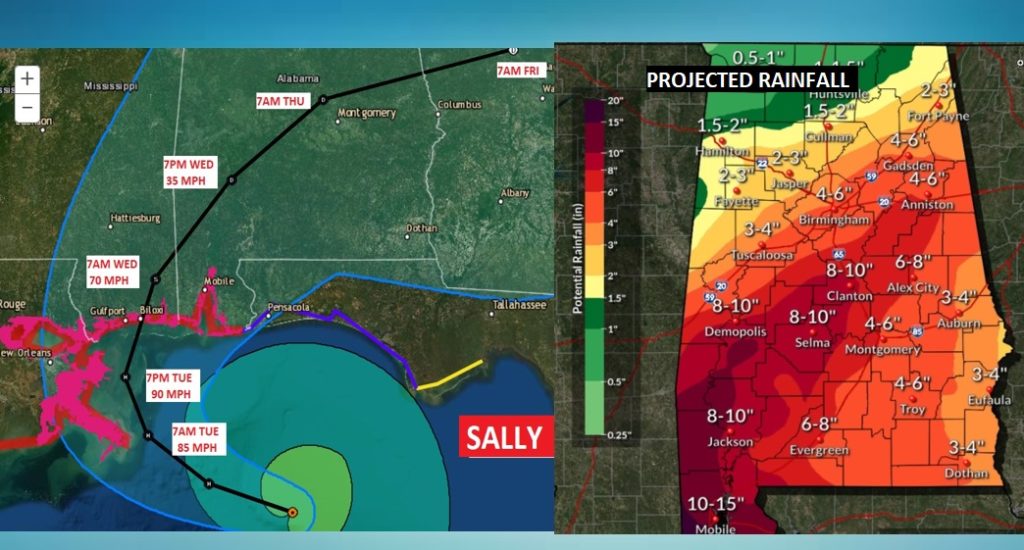 Obviously,  the total focus on this video will be on Sally.  I have the latest track from the National Hurricane Center, and I’ll run down what kin d of impacts we are expected to see here, and we’ll update the projected rainfall from Sally.  Plus, what happens after Sally?  Could we see some weekend relief?

Sally is expected to become a hurricane later today.  It will make landfall Tuesday or Tuesday evening along the LA/MS coast.  It will slow down dramatically, which is bad news.  Dangerous storm surge and flooding rainfall.  The system will make a right turn into Alabama on Wednesday.  We will be on the very active side of the storm. 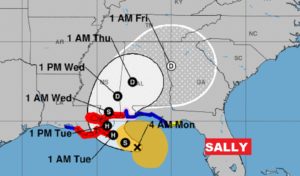 Lots of impacts for us.  Threat of flooding from heavy rain, Tropical Tornadoes and gusty surface winds. 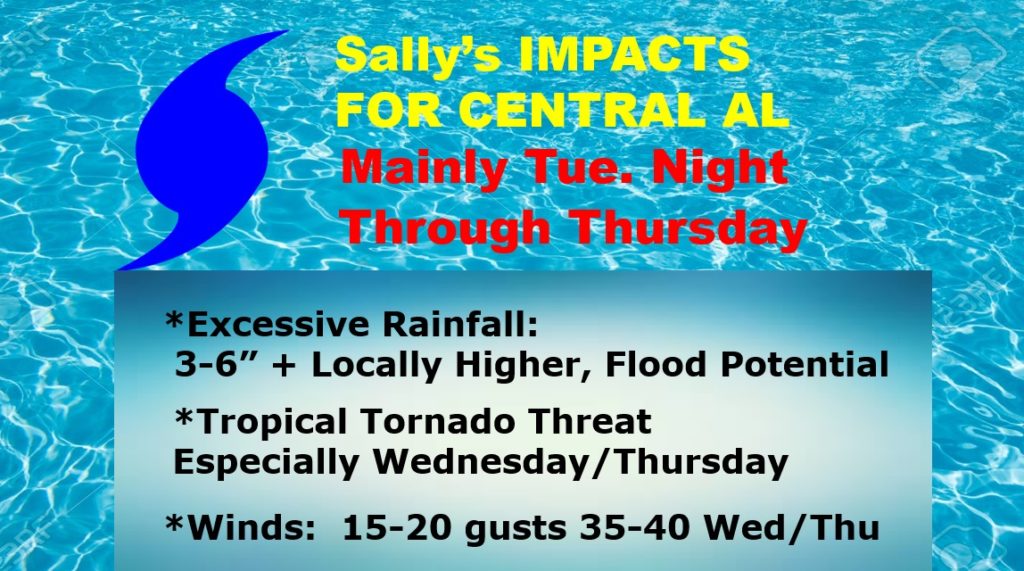 This map speaks for itself.  Significant rainfall amounts are expected. 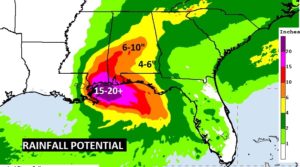 Obviously Sally will dominate our weather this week. 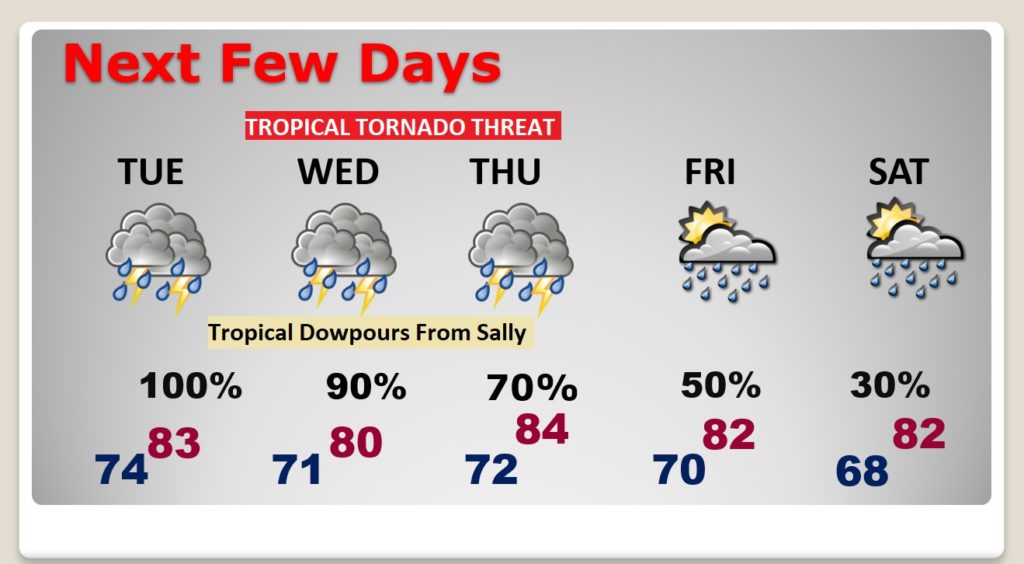 There are SIX more features we are tracking in the tropics, but we are only going to worry about Sally right now. 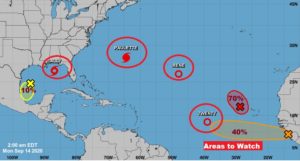 Could we see Cool Frontal Relief this weekend?  The models are advertising a front which makes it all the way through here to the coast with nice air behind it. 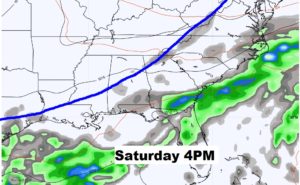 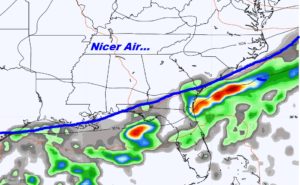 The EURO is even hinting at some upper 70’s for highs behind the front…  ??